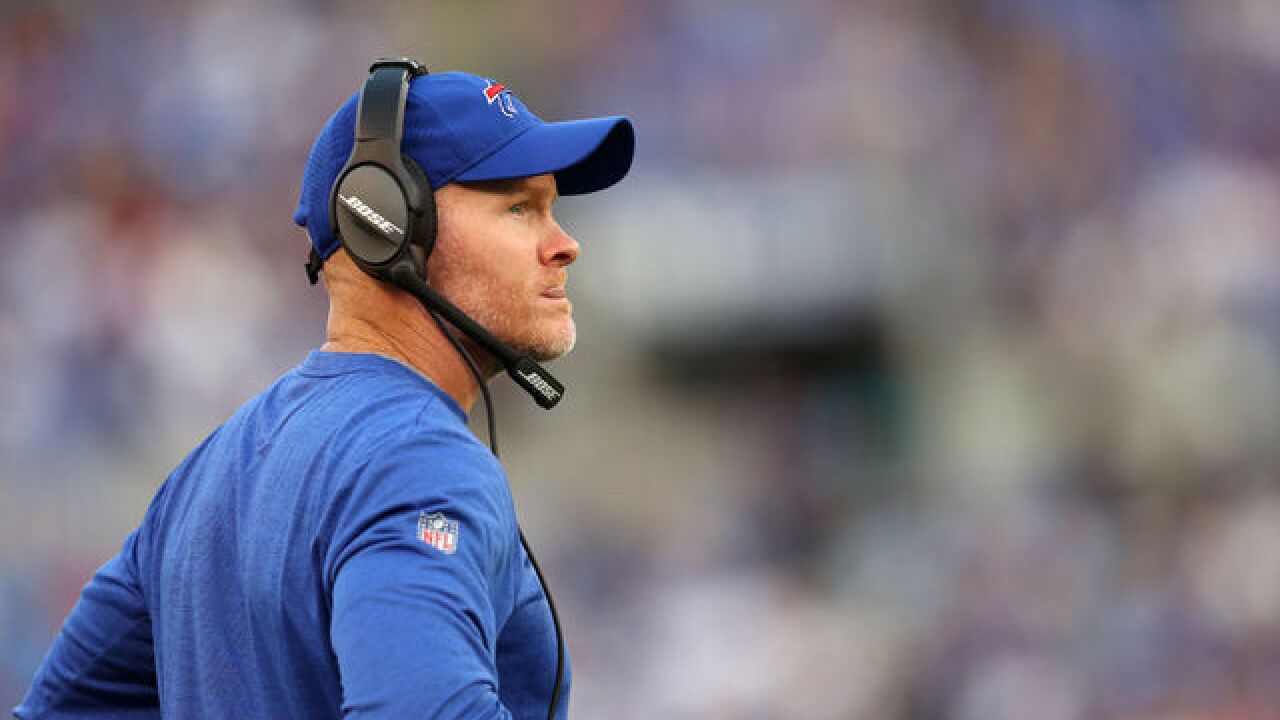 Copyright 2017 Scripps Media, Inc. All rights reserved. This material may not be published, broadcast, rewritten, or redistributed.
Patrick Smith
<p>BALTIMORE, MD - AUGUST 26: Head coach Sean McDermott of the Buffalo Bills looks on against the Baltimore Ravens in the first half during a preseason game at M&T Bank Stadium on August 26, 2017 in Baltimore, Maryland. (Photo by Patrick Smith/Getty Images)</p>

Bills head coach Sean McDermott says he has not yet decided on a starting quarterback for week two's matchup against the Los Angeles Chargers.

Peterman threw for 24 yards and two interceptions against the Baltimore Ravens on Sunday. The second-year quarterback was benched in favor of rookie Josh Allen. Allen completed six passes out of 15 and threw for 74 yards.

The Bills are coming off a 47-3 defeat against the Ravens. Buffalo managed just 153 total yards of offense.