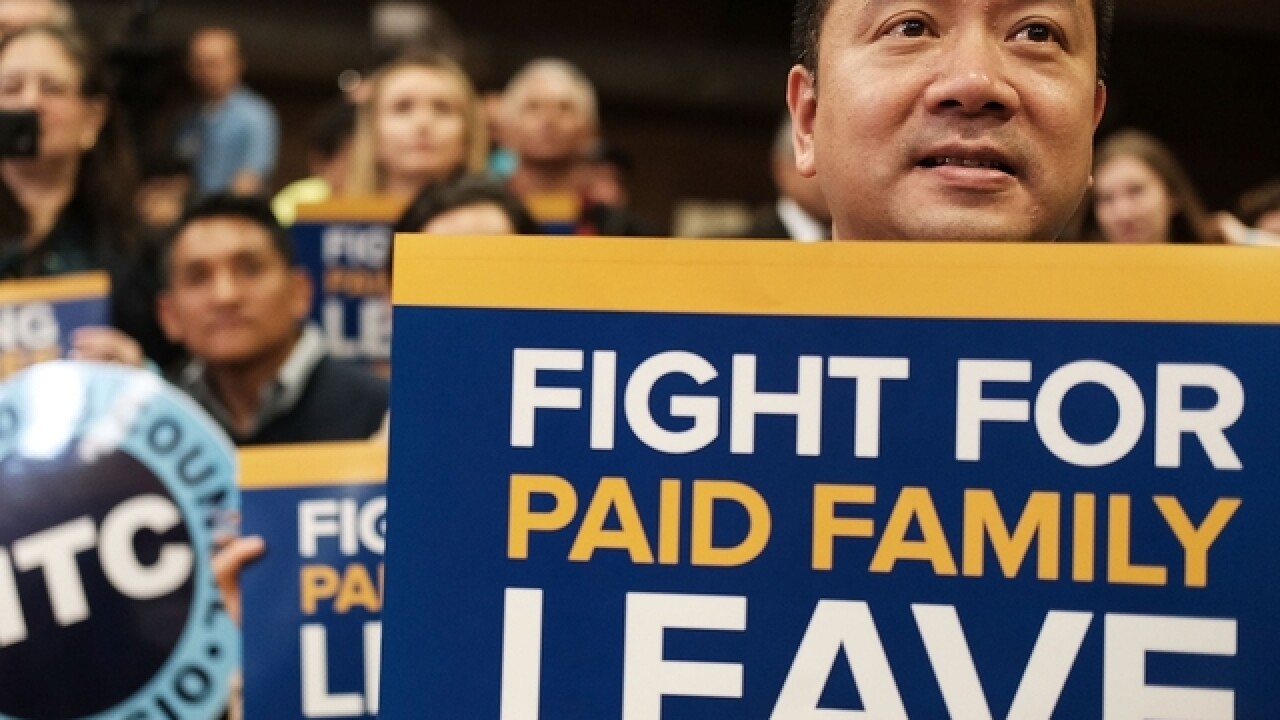 Not all states have laws that give workers paid leave to take care of their loved ones. With Governor Cuomo signing into law a family paid leave bill, here's a look at other states that have similar legislation regarding paid family leave already in place.

- It may not be a state, but the District of Columbia requires that a company with more than 20 employees must allow employees to take up to 16 weeks off over a two-year period. Also, women who have a pregnancy-related disability. Workers are eligible if they worked at a company for at least a year without taking a break.

- New Jersey allows same sex couples to take 12 weeks off over a two-year period and gives up to six weeks in paid leave.

- In California, pregnant women are given four months of leave to address health related issues. Workers are also given six weeks of family partial paid leave a year. That's if they contribute to the State Disability Insurance fund.

- Hawaii mandates its employers provide partial paid leave to people to care for a new child or a sick family member, who have been working at a company for at least 14 weeks.

- Washington was one of the first states in the country to sign into legislation a family paid leave law. Workers get partial pay and are eligible to receive up to $250 a week in benefits as long as they work at least 35 hours a week.