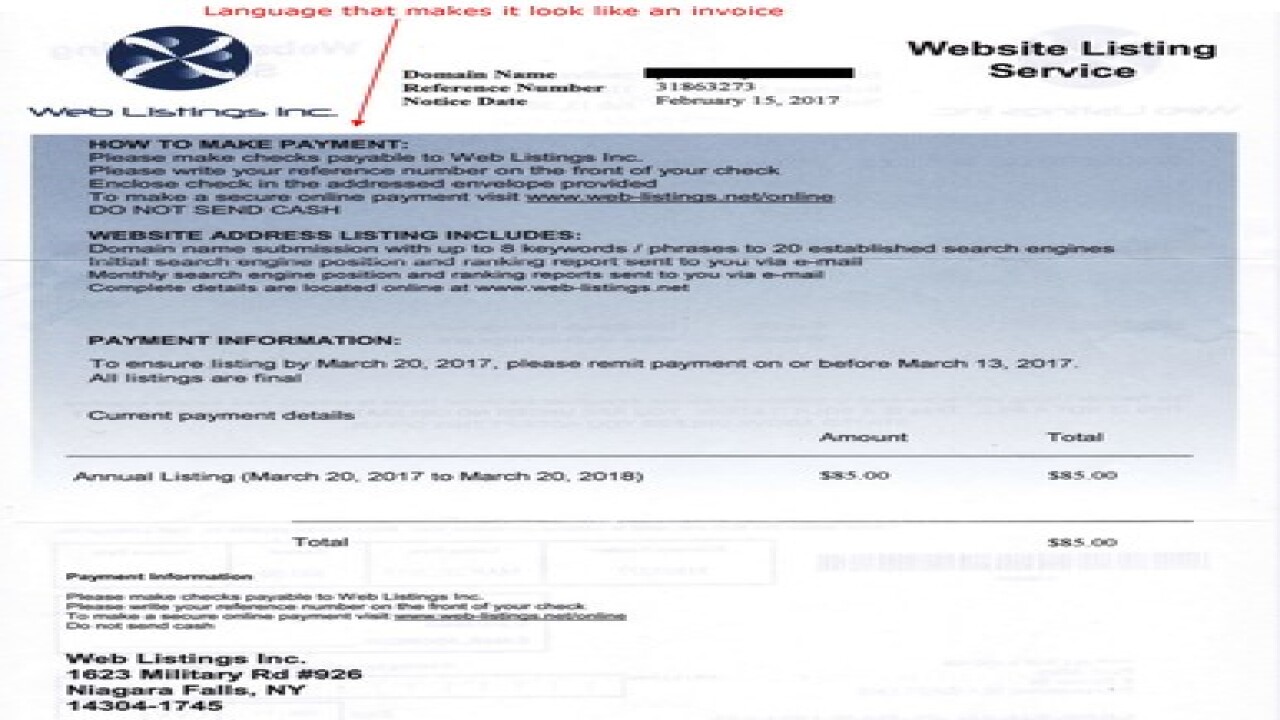 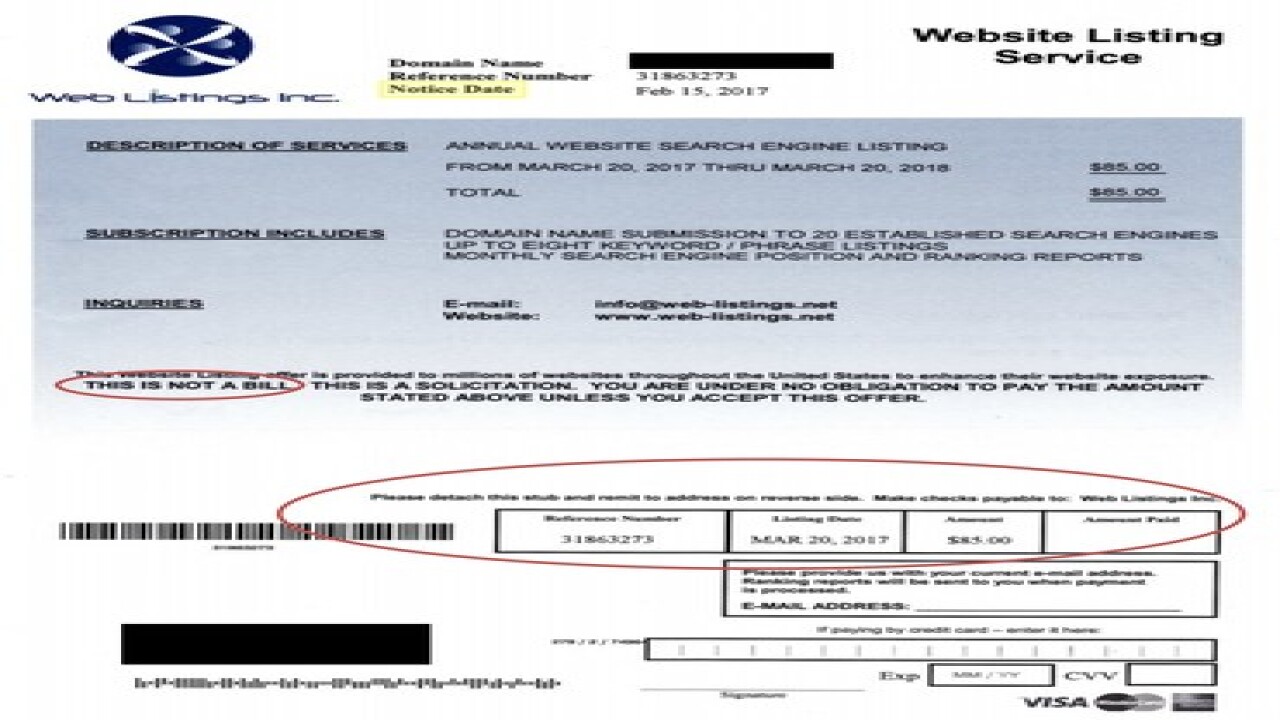 The Better Business Bureau is warning upstate New York businesses about an advertisement that looks like an invoice.

BBB has closed 32 complaints in the past three years, which is the reporting period. The company has a rating of D-.

A Better Business Bureau investigation into the company showed it lists an address of a UPS store in Niagara Falls, New York. BBB says the business also has a pattern of complaints claiming the advertising looks like a bill and is misleading. While there is a disclaimer on the document, at first glance, the BBB says it looks like an invoice.

The business has not responded to the BBB's concerns and requests. Scam tracker reports are being filed from across the country:

Arkansas: "They sent what looks like an INVOICE for $85 and in fact it is not - they are fishing (sic). It does state "this is not a bill, this is a solicitation. You are under no obligation to pay this amount stated above unless you accept this offer." Regardless, this practice of sending out "pretend" invoices needs to be stopped! Thank you!"

Oregon: "This company sends a letter that looks exactly like a bill, it even includes a remittance envelope. It says that it is for "annual website search engine listings" however our company is already listed in Google, they are trying to confuse people that already have a registered domain. Since our domain information has to be public, as a medical business, they easily found our information and sent us this fake bill. This is unacceptable that they are just sending fake bills to people. They ask the check to be sent to an address that is a box at a UPS store. Awful. Hope this can be reported to the authorities."

Illinois: "Web Listings Inc. has sent a solicitation letter that has been specifically designed to look like an invoice for services. Their solicitation includes references to my website, a payment stub, and a return envelope to make it appear legitimate."

Massachusetts: "A solicitation for a service was sent to me. I believe they deliberately make it look like a bill. There was no marketing or promotional material accompanying this form. Just this one page."
Better Business Bureau knows that in some cases, scammers do try to take advantage of busy business owners by sending a fake invoice; hoping they pay it with legitimate invoices.

BBB says you should always question services especially if you did not order the service or if you do not have a history with that company.

Train the staff to inform employees to be aware of potential invoice/computer and phone scams.

Also, keep up-to-date records of vendors and services your business is associated with.

For the latest on trending scams, you can visit BBB's Scam Tracker.