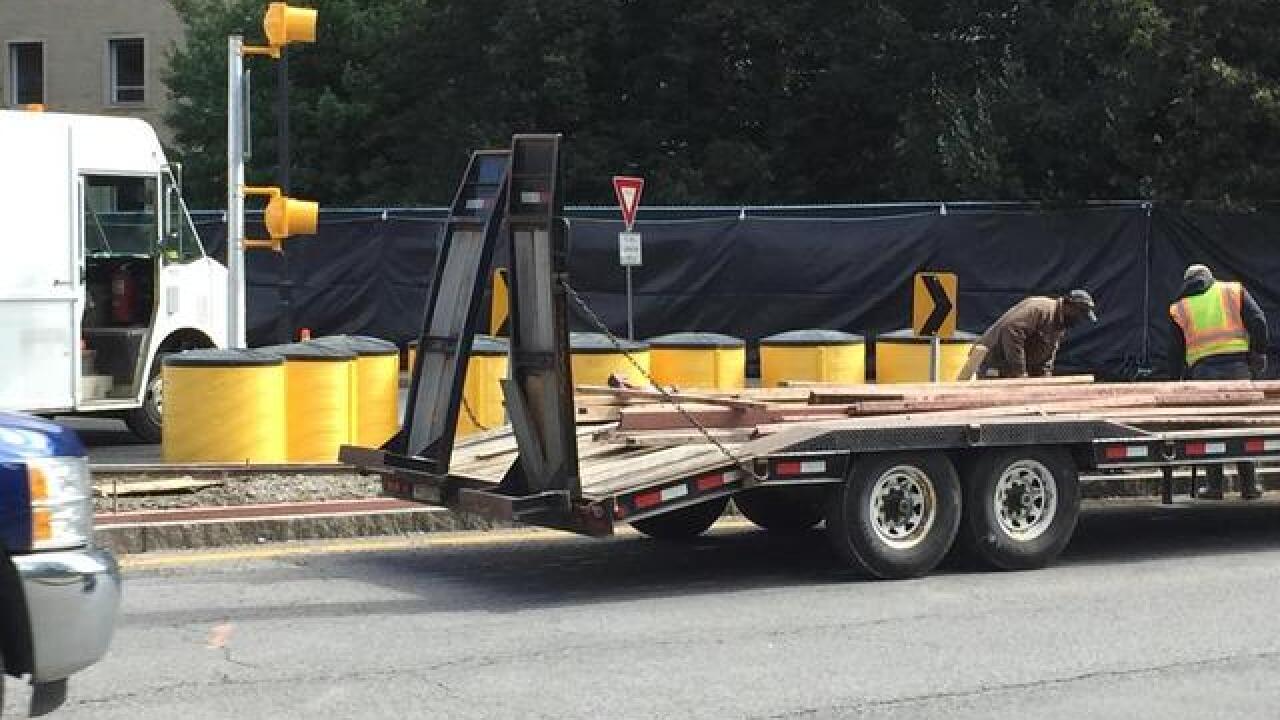 After a series of recent crashes at Gates Circle in Buffalo that have damaged the fountain and left drivers with serious injuries, crews are installing barriers.

The barriers, similar to those seen on major highways, are intended to prevent future accidents.

In the last crash in July, police say a vehicle traveling at a high rate of speed struck a median before going airborne and hitting a bench and a tree.

The car became stuck between the bench and the tree and firefighters had to free the driver, who was seriously injured.