The owners of East Aurora's Bar Bill Tavern are moving forward with their plans to expand their presence to the Northtowns.

Owners Clark and Katie Crook purchased the former Old Red Mill back in November but were mostly quiet about their plans for the historic Main Street building, only saying they were developing a restoration and business plan for the it.

Last Wednesday, the Crooks presented renderings to the Clarence Town Board for review.

According to the Town Board's agenda, the transition will include significant changes to the exterior and overall site plan, so both the Town Board and the Planning Board will have to sign off on them.

The Town Board sent the proposal to the Planning Board to secure approval for the overall site plan. The Town Board will then have to approve the architectural style. 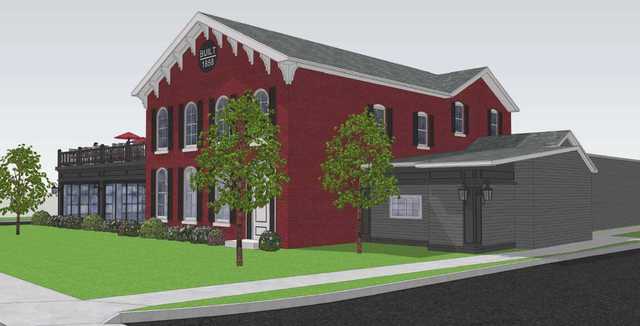 The Old Red Mill closed in June 2015. At the time, the owners posted a message to Facebook saying, “Our property has been sold. They made us an offer we couldn't refuse.”

The owners also said their adult children didn’t have any interest in taking over the business and that they believe “God's plan for us lies elsewhere.”

The Bar Bill Tavern has been a longtime staple in the East Aurora community and is well known for its take on Buffalo staples like chicken wings and beef on 'weck.

The Crooks recently opened a second location in East Aurora for take-out only, and they've also partnered with goldbely.com to ship Bar Bill Tavern's famous wings and beef on 'weck nationwide.