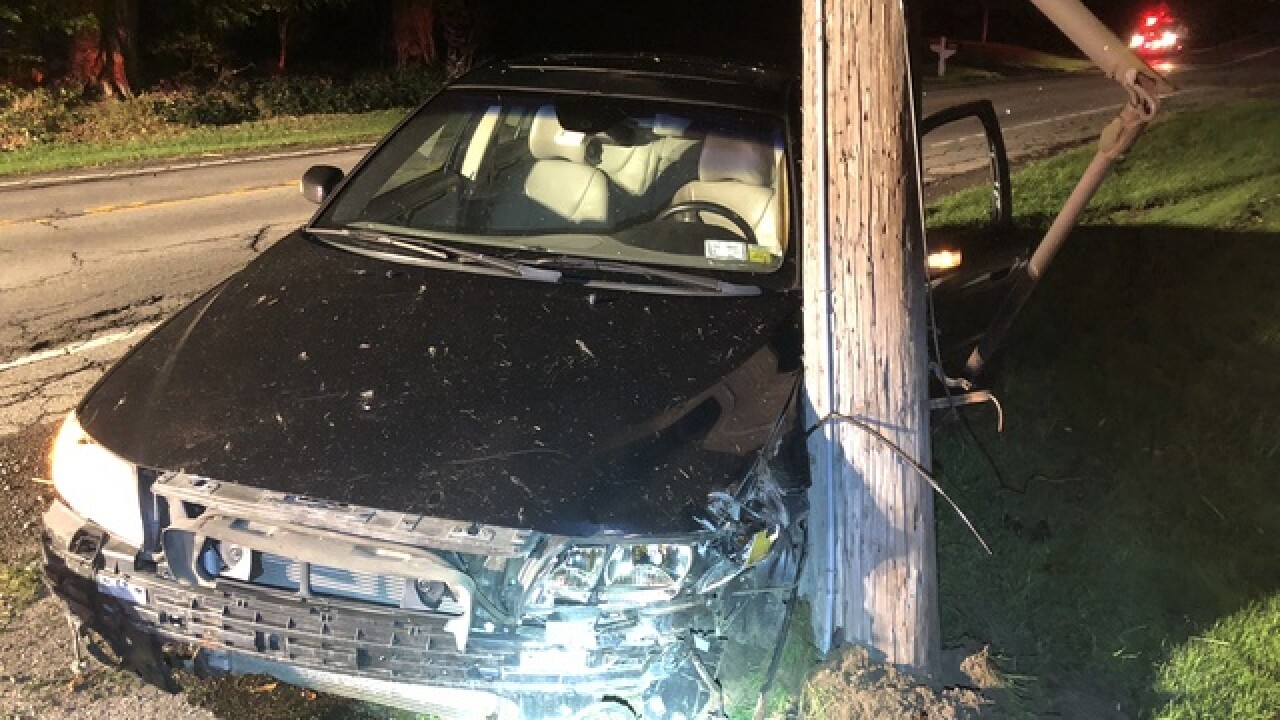 Police say the road will be closed between Duerr Road and Bussendorfer Road while NYSEG replaces a utility pole that was struck by a drunk driver, the estimated reopening time is 5 p.m. Sunday.

According to police, a vehicle was traveling westbound on Armor Duells when it veered off the road and struck a mailbox and the utility pole around 3 a.m.

The operator of the vehicle, a 24-year-old Orchard Park male, was found walking down the road a short distance away and stated he swerved to avoid striking a deer.

The operator failed field sobriety tests and was arrested for DWI, leaving the scene of a a property damage accident, and failure to maintain lane.

He was released to family members and is due in town court at a later date.