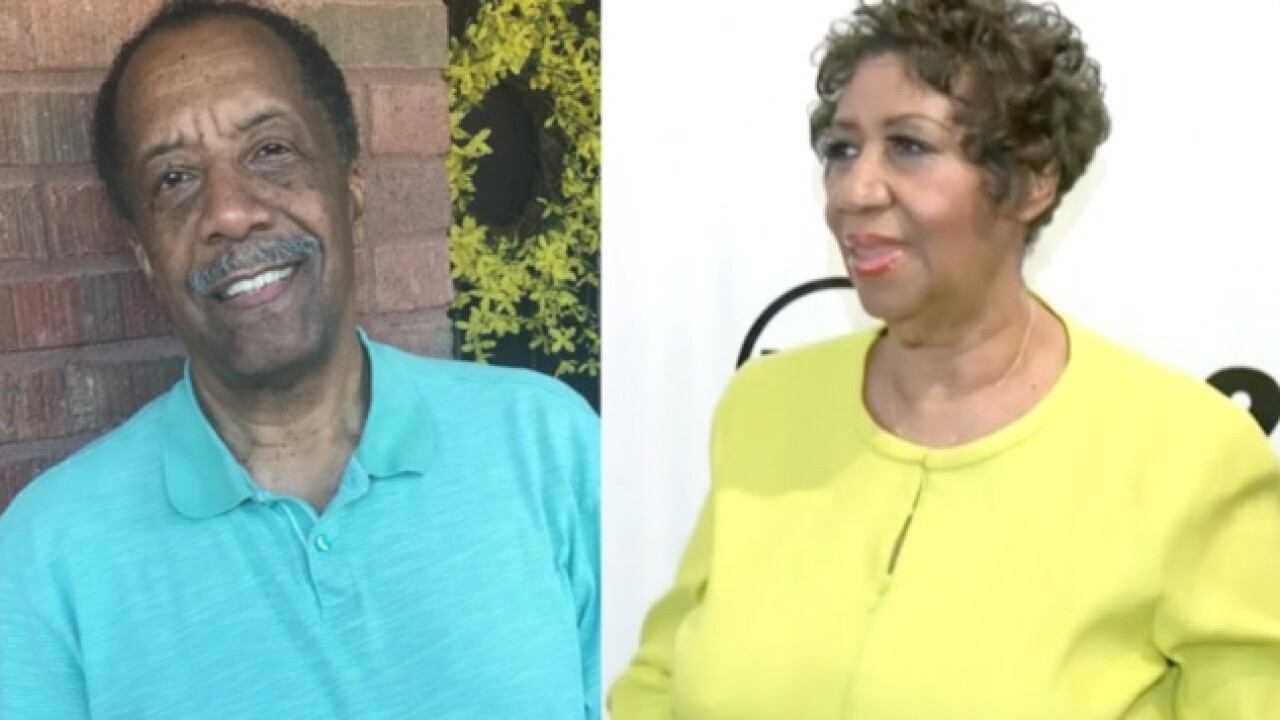 Many people from around the world knew her as “The Queen of Soul.” But, to Gordon Blassingame she was just Aretha Franklin.

“It’s heart warming to know I knew her before, when she was unknown,” Blassingame said.

The Buffalo native, who now lives in Atlanta first met Franklin at a young age. She would come to Buffalo during the summers, while school was out, to visit her mother.

Franklin’s mother Barbara was a nurse at Buffalo General and a pianist. She lived on Buffalo’s Eastside. It was Blassingame’s sister who introduced him to Aretha.

“I’m a young kid at this time. You know women kind of intimidated me. So I said, let me get away from this young lady. Because she keeps wanting to follow me around,” Blassingame said.

He said he would hop fences and go climb in the back of trees because he was shy and wanted to get away from young Aretha.

Blassingame even recalls letting Aretha borrow his bicycle so she could ride bikes with his sister. He said Franklin ran into the back of a truck with his bike, wrecked it and hurt her leg. Her mother's neighbor performed first aid on her wound.

Franklin admitted a few years ago to having a little crush on Blassingame when they were kids. Even writing about him and his family in her book. Blassingame said the two lost contact for a while, after he moved out of the neighborhood and joined the service.

“She did called me one time. She had came by. I had just gotten out of the service. We were supposed to get together at that time I guess she was busy making records and doing other things,” Blassingame said.

In 2014, Blassingame’s younger brother Wayne met Franklin at her event in Buffalo. He reconnected his brother and Franklin on the phone together. It would be Blassingame’s last time talking to the queen.

“I know she’s away in a good place today,” Blassingame said.

Aretha Franklin died on Thursday at  the age of 76 from pancreatic cancer. Franklin is most famous for her voice. Close friend and Civil Rights Icon, Rev. Jesse Jackson told 7 Eyewitness News Reporter, Justin Moore we should never forget her impact on the civil rights movement as well. He said she would host concerts to raise money for organizations like the Southern Christian Leadership Conference. Jackson said she would lend her talents free of charge.

“Her music is her legacy. She was a singing social servant,” Rev. Jackson said.

She’s a queen. She’s the queen. There’s no doubt about it. There will never ever be another,” Blassingame said.