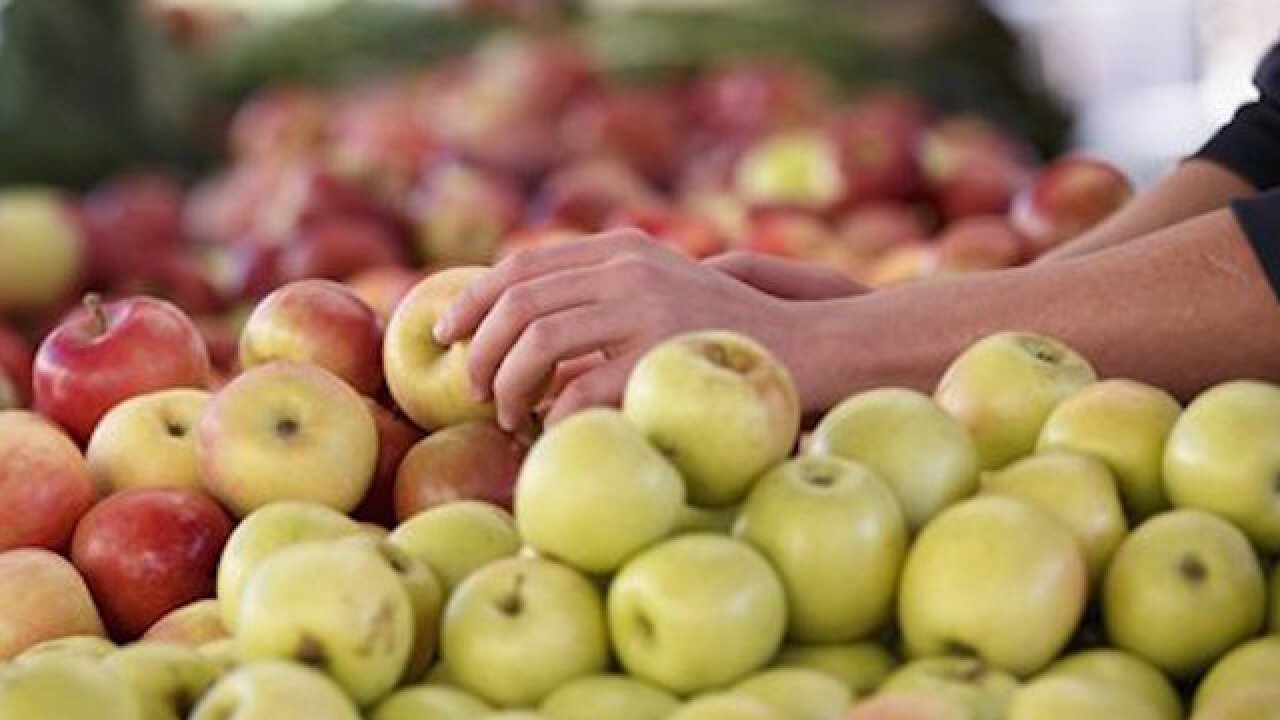 Copyright Associated Press
J. Scott Applewhite
<p>In this photo taken Oct. 5, 2014, apples are displayed at a farmers market in Arlington, Va. A common pesticide used on citrus fruits, almonds and other crops would be banned under a proposal announced Friday by the Environmental Protection Agency. The proposal would prohibit use of chlorpyrifos, a widely used insecticide that is sprayed on a variety of crops including oranges, apples, cherries, grapes, broccoli and asparagus. (AP Photo/J. Scott Applewhite)</p>

A federal appeals court has ordered the Environmental Protection Agency to stop sales of a widely used pesticide within 60 days.

The 9th U.S. Circuit Court of Appeals in San Francisco ruled Thursday that the Trump administration endangered public health by keeping chlorpyrifos (klor-PEER'-ih-fahs) on the market despite extensive scientific evidence that even tiny levels of exposure could harm babies' brains.

A group of farmworkers and environmental groups sued last year after then-EPA chief Scott Pruitt reversed an Obama-era effort to ban the pesticide, which is sprayed on citrus fruit, apples and other crops. The attorneys general for states including California, New York and Massachusetts joined the case against EPA.

Chlorpyrifos was created by Dow Chemical Co. in the 1960s. It's among the most widely used agricultural pesticides in the U.S.