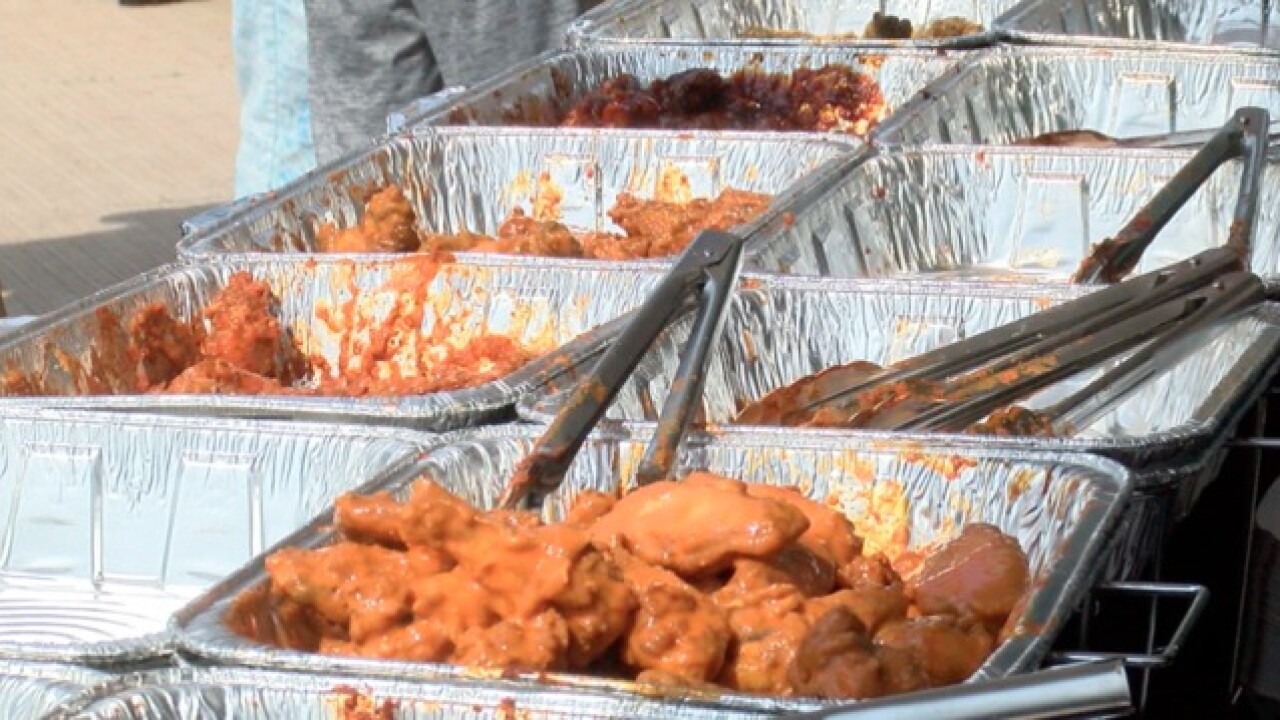 If there are people bobbing for Buffalo wings in pools of blue cheese, that can mean only one thing. It's the National Buffalo Wing Festival.

Tens of thousands of people and more than 25 restaurants from all over the world are coming to Coca-Cola field to celebrate Buffalo wings. Some of the international restaurants are Sticky Wings from London and Wings Army from Mexico.

All the restaurants hope to win the title of best wing.

The owner of the London-based Sticky Wings said he thinks he has a good shot of winning that title.

"Show the people of Buffalo that we do the best wings in the world, not ony Buffalo," Darhul Rahmel said. "We want to give people the best possible wing, so we came here to show how much we love our food."

His specialty is called the Queen's Choice. It's a wing made with strawberry sauce that he thinks is one of the best in the world.

The categories restaurants are competing in are: Festival Spirit, Rookie of the Year, Sauce-Off, and Best in Show.