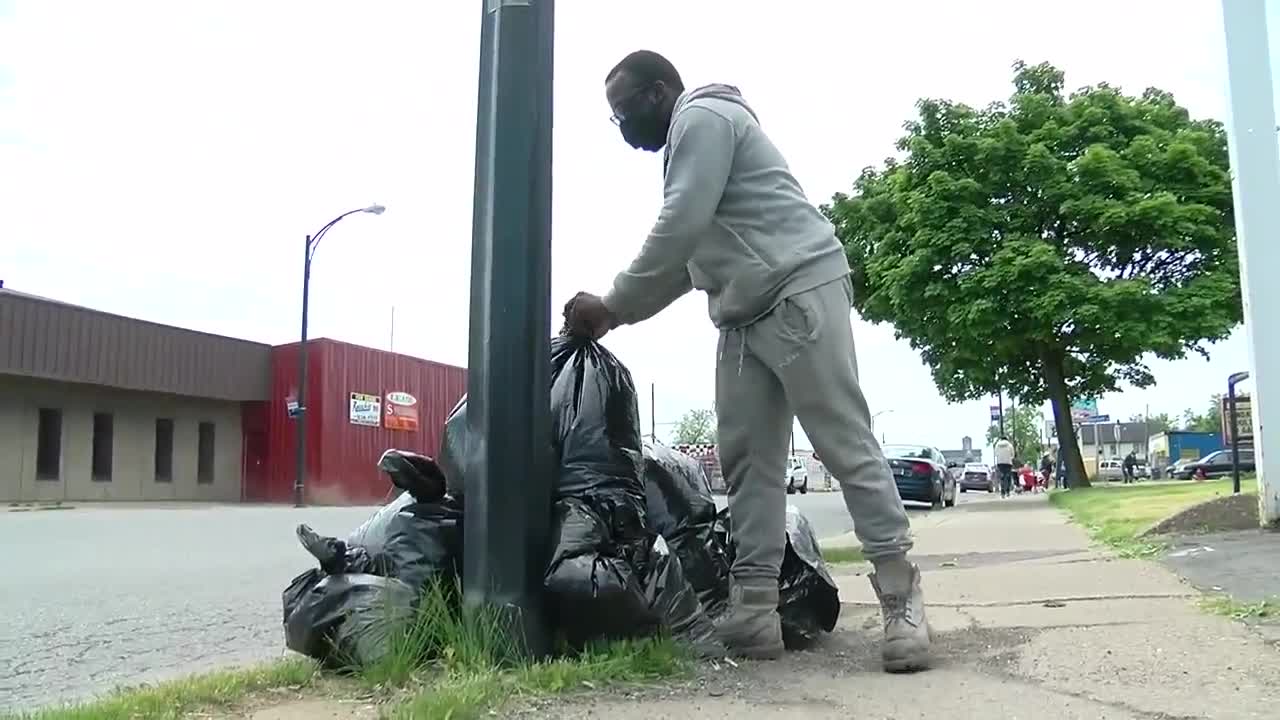 Matt Block’s 2004 red convertible Mustang is his pride and joy. But after seeing 7 Eyewitness New’s story on the 18-year-old Hutch Tech student who spent around 10 hours cleaning up Bailey Avenue in Buffalo after the violence Monday night He’s giving the car to Antonio Gwynn. 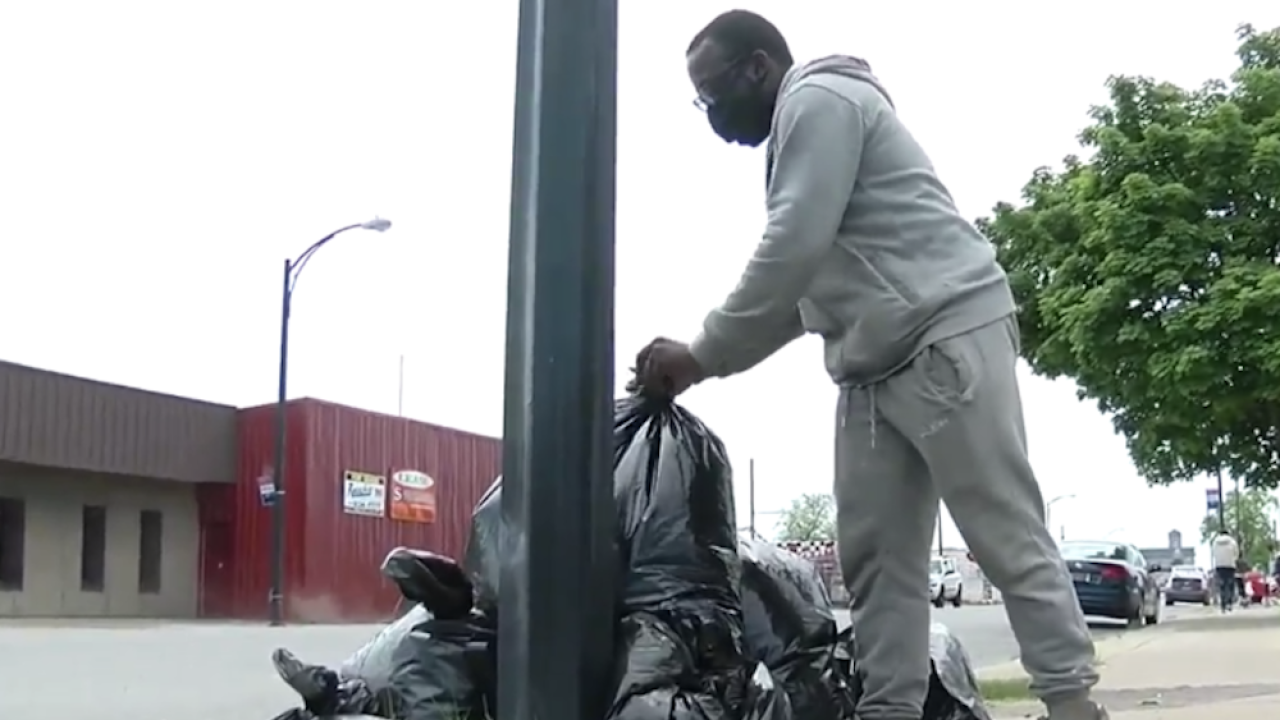 BUFFALO, N.Y. — After inspiring his community by cleaning up the streets following a night of rioting, 18-year-old Antonio Gwynn has himself a new car and a scholarship offer.

Last week, Gwynn stayed up late and watched as once-peaceful protests in the name of George Floyd slowly devolved into rioting. The senior at Hutchinson Central Technical High School was struck by the violence and destruction.

"I felt disgusted. My nerves were bad. They're destroying a city that could actually be very beautiful," Gwynn said.

He got up and got dressed because he knew he had to do something.
"I went bought some trash bags, grabbed my broom and my dustpan and I just started," Gwynn said. "It was just me by myself. I just started riding up and down Bailey (Street) to see where stuff was destroyed so I can clean it up."

Kalah Bishop had organized a group to come help out with the cleanup. When they arrived at 10 a.m. the next morning, Bishop found the majority of the mess taken care of, and Gwynn still hard at work — a full eight hours after he started cleaning.

"To know that an 18-year-old had it in his heart to come out here at two in the morning and clean up...and to be honest, he kind of risked his life to do it. That's amazing," Bishop said.

"I wanted to clean because I'm always cleaning at my house, so why can't I just help the city stay clean?" Gwynn said.

It's something Gwynn said he hopes would make his late mom proud. She died in 2018.

"It's something that she would do probably because I mainly try to be just like her or something similar because I don't want to be a follower. I want to lead sometimes also," Gwynn said.

"A lot of people should take insight on him doing that and be more like Antonio," Bishop said.

Gwynn's hard work paid off. His story caught the attention of Matt Block, who was in the process of trying to sell his pride and joy: a 2004 red convertible Mustang. After hearing the story, Block decided that Gwynn deserved the car — free of charge.

"I couldn't come to grips with selling it, and this was a good way for me to get rid of it and know someone that gets it is going to appreciate it," Block said.

It turns out, Gwynn already has a personal connection with his new ride.
"The car he sent me a picture of was the same exact car that my mom first got me. It's the same color, same everything," Gwynn said.

In addition, Bob Briceland from Briceland Insurance Agency said he would covering Gwynn's insurance for one year.

"I just felt compelled to help him out. We just need to get together our whole city and show people how there are so many good people here," Briceland said.

As if a car wasn't enough, Gwynn also now has the opportunity of a lifetime — the chance to attend college free of charge. He says he's been offered a full ride to Medaille College — a private school in Buffalo.

"I literally stopped, pulled over, and started crying. So did my great aunt. My little cousin did also," Gwynn said.

His original plan was to go to a trade school and save up for college. Now, he can study business and mechanics on the side in the hopes of one day opening his own repair shop.

"I always wanted to be someone to help everyone with their car problems. This is a great opportunity I have right in front of me," Gwynn said.

Gwynn said he plans to continue paying it forward.

"I've mainly been helping all my family that has been there for me, like my great aunt. I spoiled her. I helped pay her rent, and I got her the same phone I have," Gwynn said.

This story was originally published by Olivia Proia on WKBW in Buffalo.