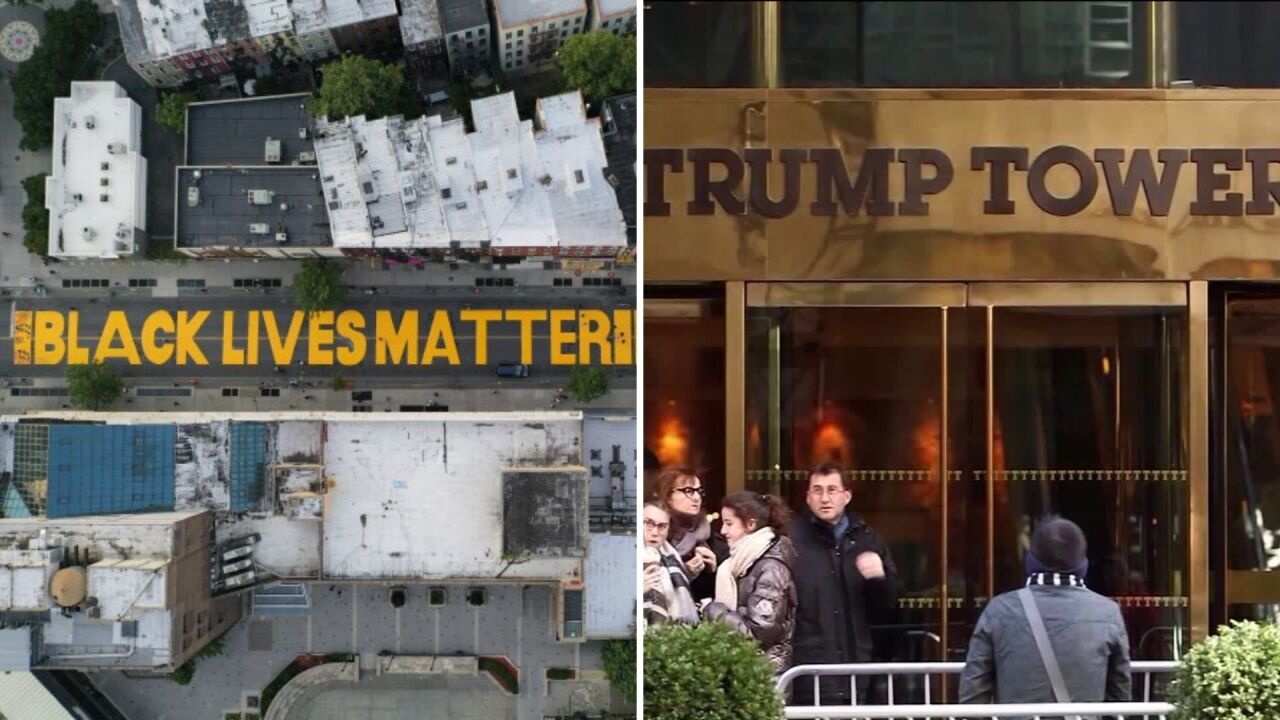 NEW YORK CITY — Despite initially saying work would begin Thursday on a large "Black Lives Matter" mural on New York's Fifth Avenue, New York Mayor Bill de Blasio's office has now said the painting of the mural will be postponed until next week.

The mayor said at his daily briefing Thursday that the delay was due to "logistics" and that his office will have more announcements about the project at a later date.

De Blasio first announced the mural in late June, saying it would be painted on the famed avenue, right in front of Trump Tower. The location selected intentionally.

"Painting 'Black Lives Matter outside (President Donald Trump's) home is a message to him that, in fact, black lives do matter, that black people built New York City and they've never been compensated for all they did," de Blasio said.

Dozens of cities across the country have painted similar murals on city streets, following in the footsteps of Washington, D.C.

President Donald Trump slammed the planned mural Wednesday, calling it a "symbol of hate" in a series of tweets.

Trump claimed the mural would be "denigrating this luxury Avenue" and "will further antagonize New York's Finest."

De Blasio fired back on Twitter saying, "Black people BUILT 5th Ave and so much of this nation. Your 'luxury' came from THEIR labor, for which they. have never been justly compensated."

"We are honoring them. The fact that you see it as denigrating your street is the definition of racism," de Blasio tweeted.

On Tuesday night, New York City lawmakers approved an $89 billion budget for 2021. That budget cuts the NYPD funding from the $6 billion the department received in 2020 to about $5 billion.

This story was originally published by Anthony DiLorenzo on WPIX in New York City.