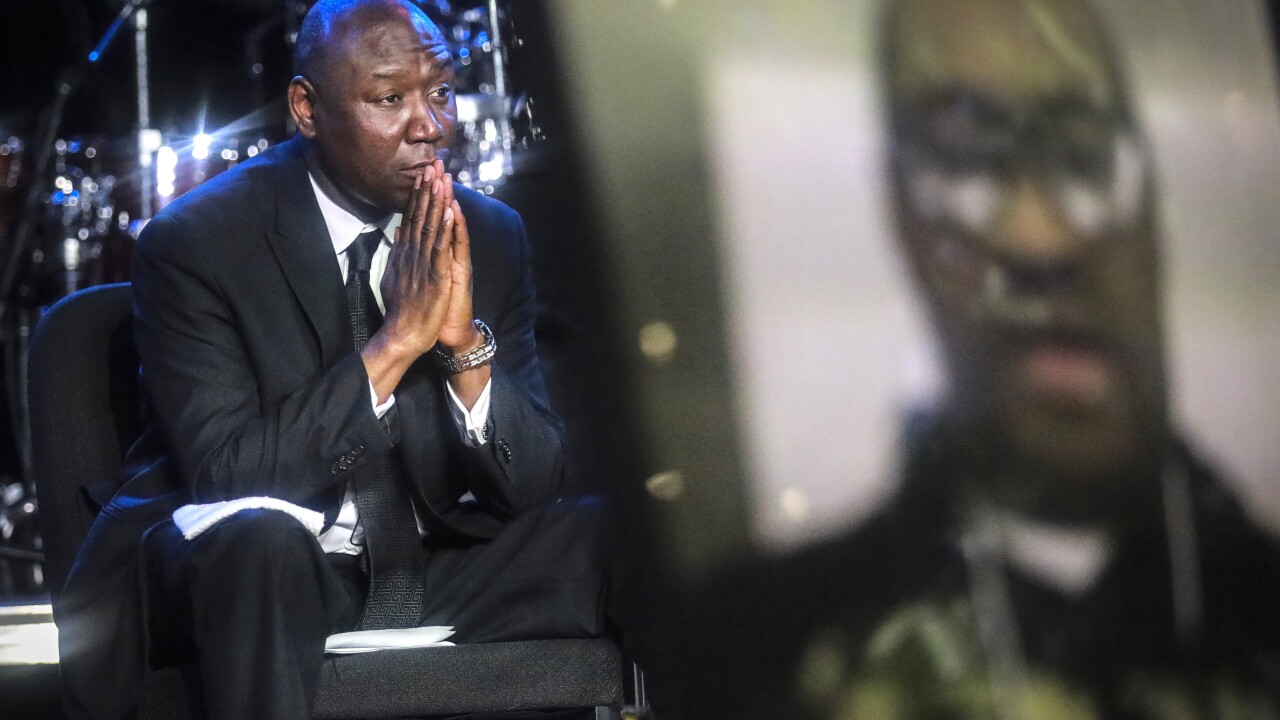 MINNEAPOLIS, Minn. – Attorneys for the family of George Floyd announced Wednesday that they’ve filed a lawsuit against the City of Minneapolis and the four officers involved in the 46-year-old’s death on Memorial Day.

Watch the attorneys press conference below:

The federal lawsuit was filed in the U.S. District Court for the District of Minnesota. It names the city and former officers Derek Chauvin, Tou Thao, Thomas Lane, and J. Alexander Kueng as the defendants in the case.

The lawsuit claims the city is responsible for a police culture of excessive force, racism and impunity.

The complaint is seeking compensatory and special damages and costs as defined under federal law in an amount to be determined by a jury. The suit is also asking for the appointment of a receiver or similar authority to ensure that the City of Minneapolis properly trains and supervises its police officers.

Floyd died in police custody the night of May 25 after former officer Chauvin pressed his knee against the handcuffed man’s neck for several minutes while he said, “I can’t breathe.” The incident was captured on video, which quickly spread online and led to worldwide protests with activists calling for justice and racial equality.

“This complaint shows what we have said all along, that Mr. Floyd died because the weight of the entire Minneapolis Police Department was on his neck,” said attorney Ben Crump in a press release. “The City of Minneapolis has a history of policies, procedures and deliberate indifference that violates the rights of arrestees, particularly Black men, and highlights the need for officer training and discipline. This is an unprecedented case, and with this lawsuit we seek to set a precedent that makes it financially prohibitive for police to wrongfully kill marginalized people -- especially Black people -- in the future.”

“The Floyd family deserves justice for the inhumane way in which officers with the Minneapolis Police Department killed Mr. Floyd,” said attorney L. Chris Stewart. “Furthermore, the City has a responsibility to acknowledge the history and practices of excessive force and impunity with its police force, as well as shortfalls in officer training and discipline.”

The complaint claims that the police department knows prone restraint can be deadly, and that its officers were supposed to receive appropriate training, but it had inconsistent policies and infrequent training to educate officers.

The complaint states that MPD training to all officers designated and approved neck restraints as a “non-deadly force” option and encouraged officers to “compress veins, arteries nerves, and muscles of the neck” of arrestees.