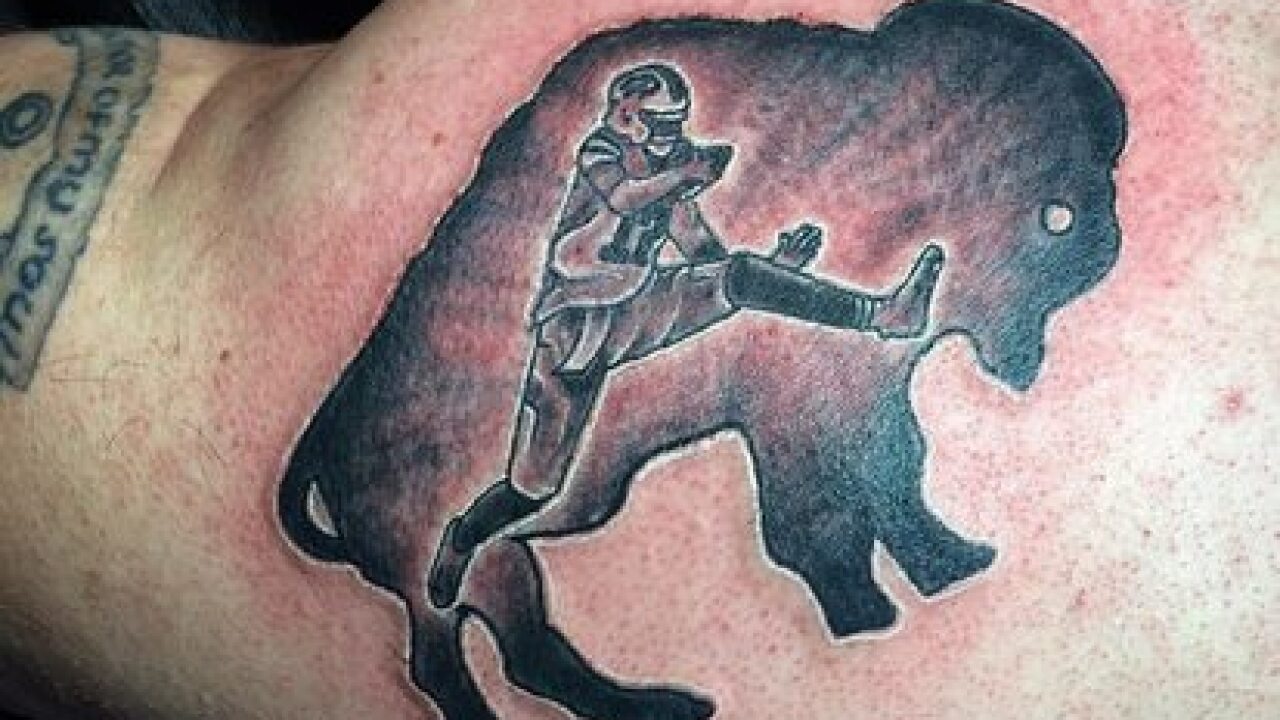 It was the iconic play from the coming out party for Buffalo Bills rookie quarterback Josh Allen, and one diehard fan wants to remember it forever.

Just moments after Allen hurdled Minnesota Vikings linebacker Anthony Barr in the Bills upset victory on Sunday, Niagara Falls native Michael BonGiovanni made the decision to get a tattoo of the play on his left shoulder.

"I've been wanting a Bills tattoo for awhile. I immediately went over to my wife and told her that I thought it would be a cool image to incorporate with the Buffalo logo.", the 26-year-old tells 7 Eyewitness News.

Following the game BonGiovanni took to Facebook to tell people he was contemplating the tattoo and that if he got 100 "likes" he'd go through with it. "We got the likes in under an hour".

With the support of his peers BonGionvanni reached out to tattoo artist Sean Miller with the idea.

Miller, who is an artist at 5 Venoms Tattoo on Hertel Ave, says he inked the tattoo on Wednesday evening in about two hours. "It was a bit challenging due to the fact that it was so small and had a lot of detail but I had a blast doing it"

BonGiovanni says he's been going to Bills games with his wife for years and is excited about his new addition. "I’m a big Bills fan and I wanted my Bills tattoo to stand out and be something nobody else has yet. Sean did an excellent job."