Four people have died, including the gunman. In total, there were 13 shooting victims, authorities said in an evening news conference.

The man authorities say was the shooter is 24-year-old David Katz, of Baltimore, Maryland. Katz, also known as "Bread", had previously played in and won a Madden tournament in Buffalo that took place at 716 Food and Sport. The event was held in 2017.

Below you can see a tweet from the Buffalo Bills congratulating Katz on his win, as well as an explanation of the tournament from the Madden official website. 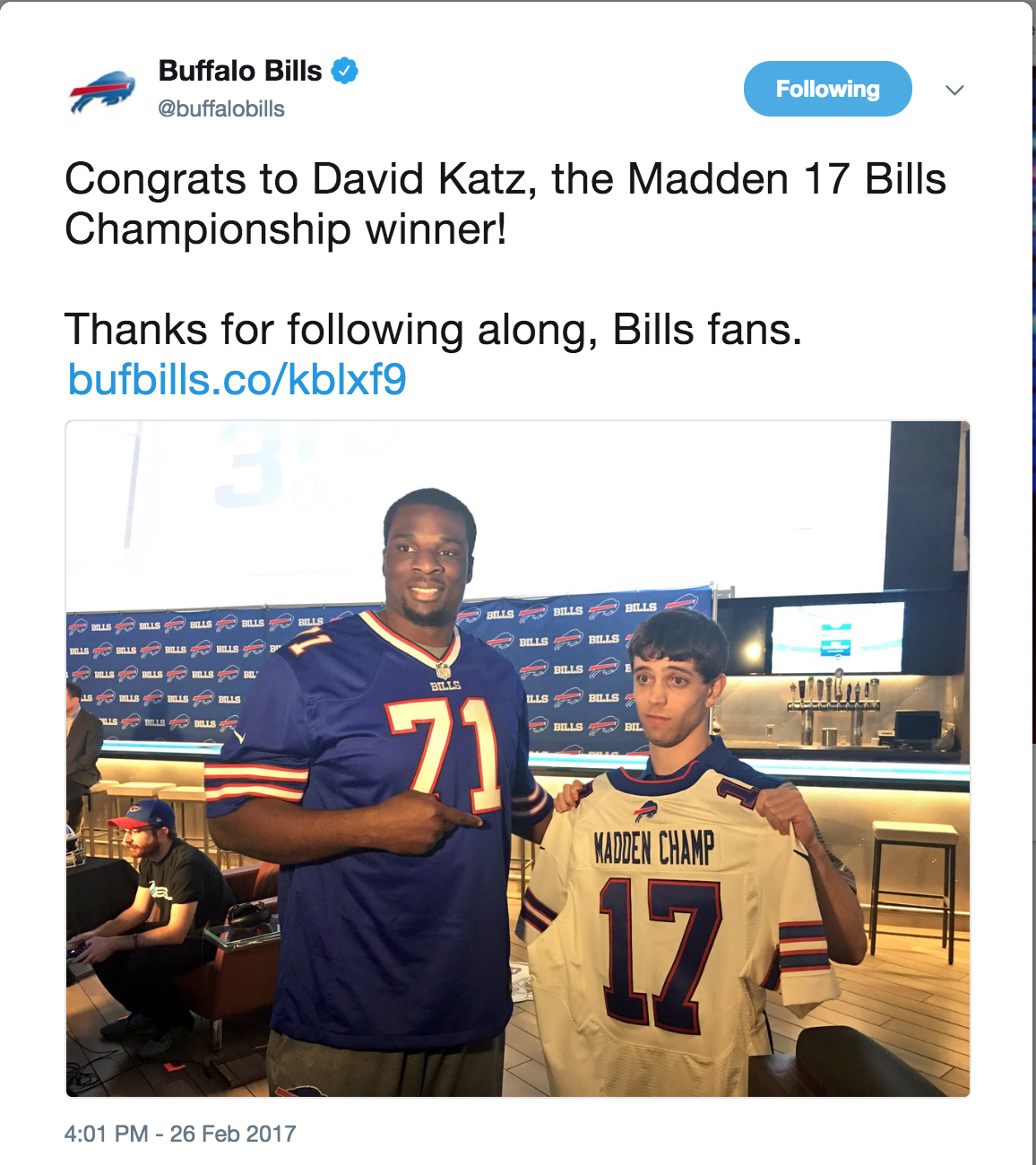