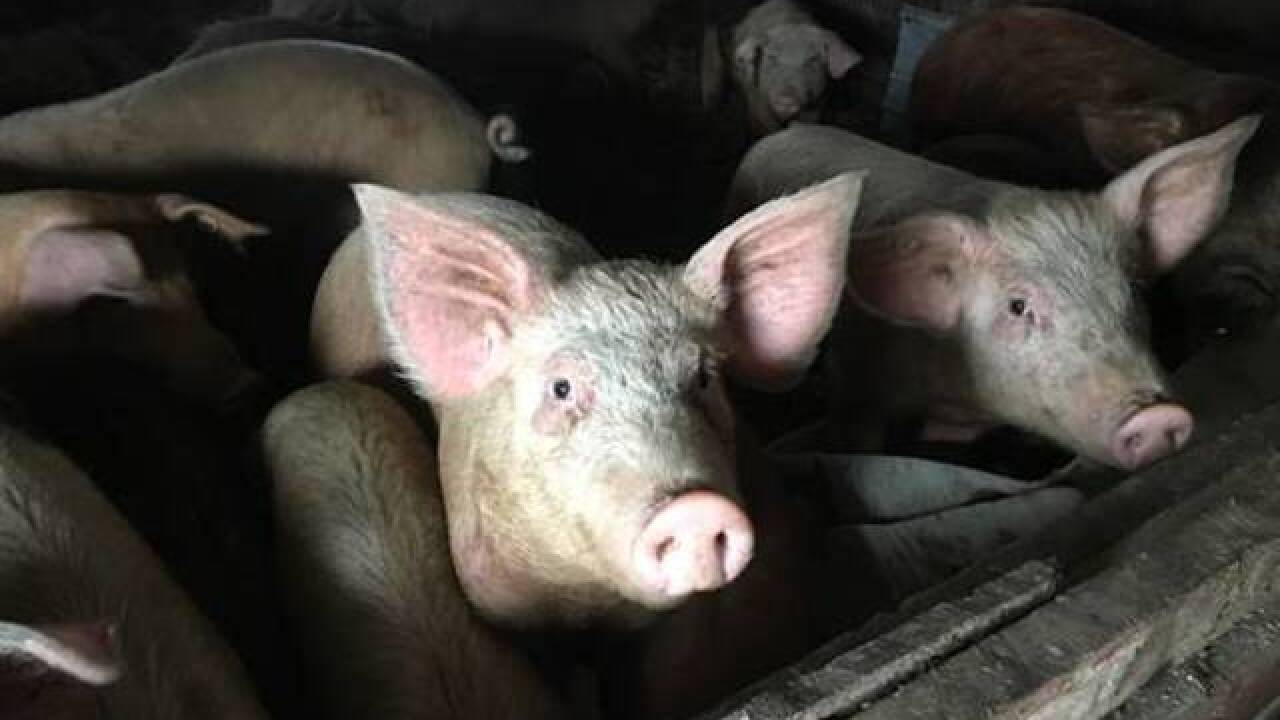 Copyright 2018 Scripps Media, Inc. All rights reserved. This material may not be published, broadcast, rewritten, or redistributed.
<p>Picture provided by Farm Sanctuary.</p>

An animal cruelty investigation found 85 pigs at a Cattaraugus County property Tuesday. The sheriff's office, SPCA and Farm Sanctuary advocacy group were involved in the raid.

Twenty-four of the animals, considered the most sick, were removed immediately. The remaining pigs are still at the property, according to Farm Sanctuary, and the group is working with the SPCA to find nearby farms and homes to provide shelter for the animals.

The pigs were being held at an unidentified property in the Town of Ashford.

The owner of the animals will likely be facing animal cruelty charges in the next few days, according to the sheriff's office. Investigators say the owner has faced similar charges in the past.

The animals were being held in "pitch-black and windowless barns...nearly drowning in filth," according to Farm Sanctuary. The group says there was no food or water in the barns.