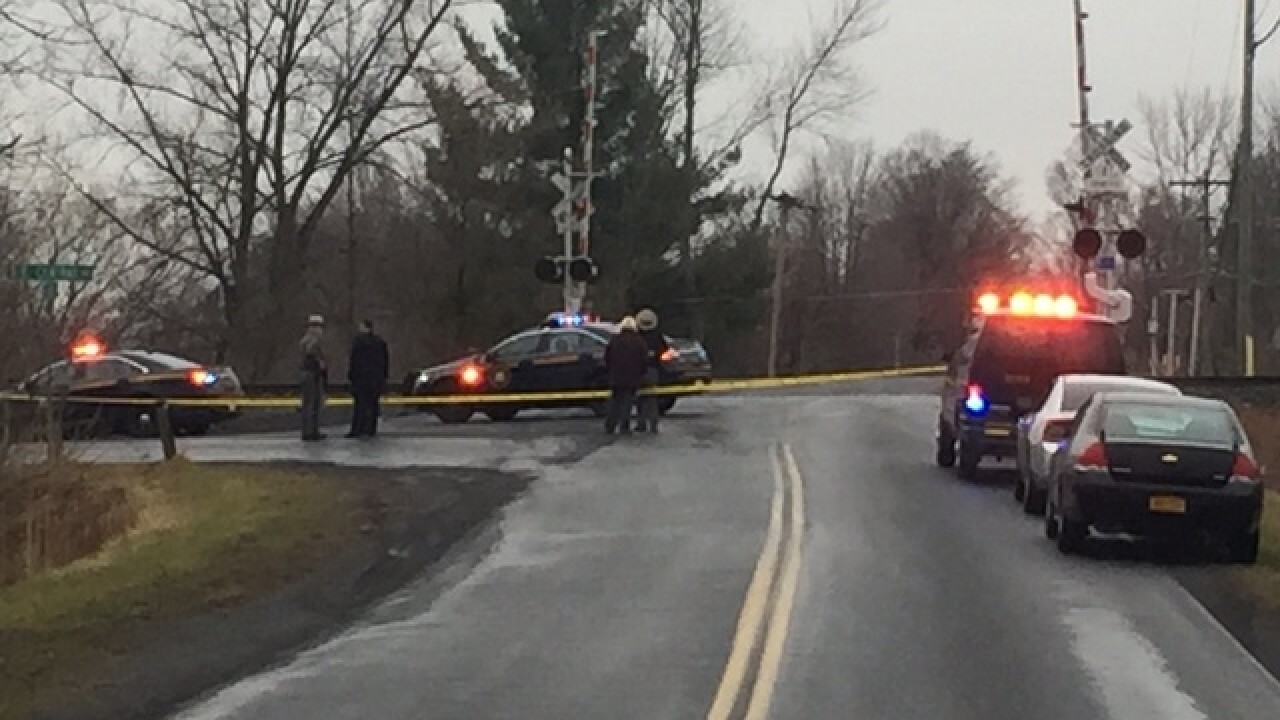 One person is dead after an Amtrak train collided with a vehicle in Central New York.

The passenger train was traveling from Buffalo to Penn Station in New York City.

New York State Police say a car went around a crossing gate on North Main Street in the Town of Mentz when the train struck the vehicle. The driver of that car was thrown from his vehicle on impact and declared dead at the scene.

The 61 passengers and three crew members on board the train were not hurt. The passengers will be taken by bus to Syracuse and then resume their travel.