Walmart, Target to have Hatchimals this weekend 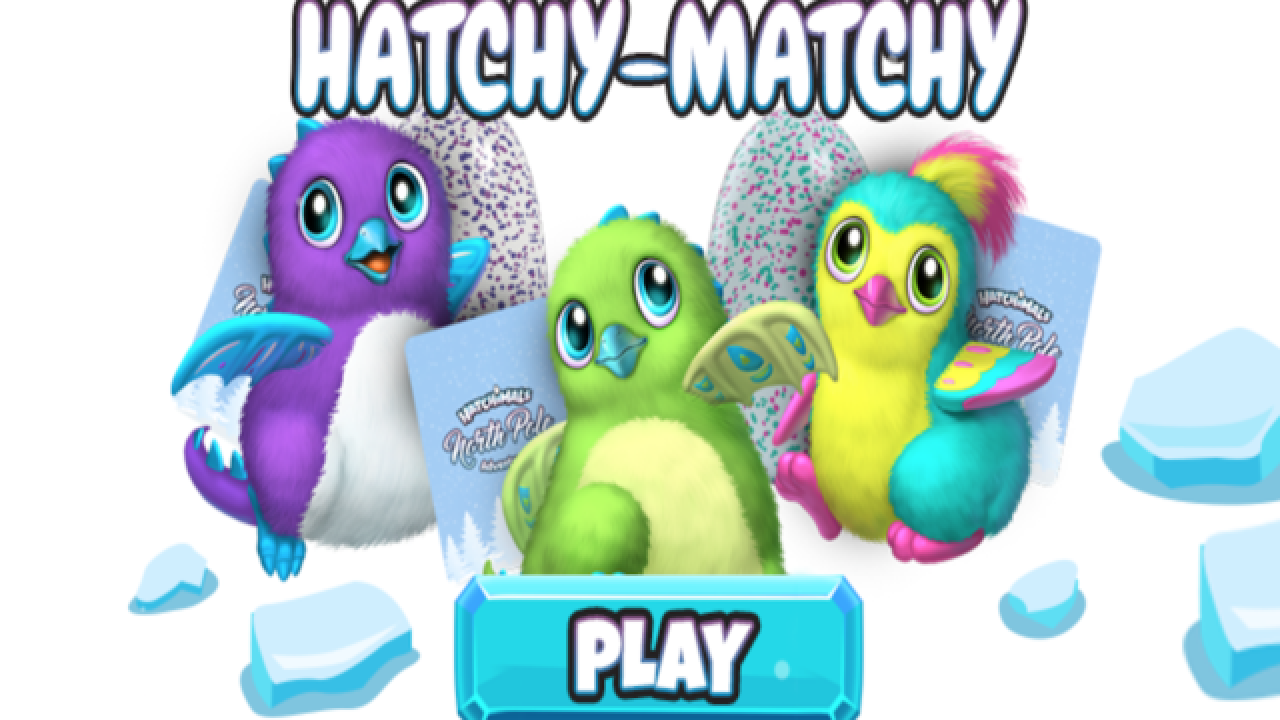 Target stores and Wal-Mart are the latest retailers to announce a major new shipment of Hatchimals, this season's hottest toy.

They plan to put them out this weekend, Saturday and Sunday, Dec. 10 and 11.  And you can bet lines will be just as long, if not longer, than the lines at Toys R Us last Sunday,

Sunday morning, Dec. 4, Toys R Us stores had between a dozen and 30 Hatchimals in stock at most stores, according to parents who lined up for them hours in advance. At some stores, there were not enough on shelves for everyone who was waiting.

Target has released this message about new shipments this Sunday, Dec. 11:

"Starting this Sunday, Target stores nationwide will begin receiving dozens of Hatchimals, included the Target exclusive Bearakeet..  Stores will also be receiving Hatchimal-themed Gift Cards (these do not reserve a Hatchimal), available in any dollar amount.

So if you don't get an actual Hatchimal, it appears you can get your child a gift card with a picture of a Hatchimal on it. OK, I'm sure little Suzie will love that.

Wal-Mart says the toys will arrive on various days between Dec. 8 and Dec. 19 It does not say what time they go on sale.

That means you may want to stop or call a store, and make nice with a clerk or manager, to learn more details about if and when your store will have them.

If you don't get one, be prepared to pay over $200 from 3rd party sellers on Amazon or trying your luck on eBay.

The same applies to the suddenly red-hot Nintendo NES Classic, the new video game console that looks like an old NEWS system from 1990. Stores are also sold out of those, with prices skyrocketing on eBay,

Why do you need one?

By now every parent  of a young child knows this year's Furby-Tickle Me Elmo-Cabbage Patch Doll is ridiculously  impossible to find.

But does your child really need one?

Seems every 7 year old girl in America wants a Hatchimal, which you help hatch out of its shell, and then care for it.

Moms everywhere are going crazy trying to find one.

Heather Waugh told me a couple of weeks ago she was stunned by asking prices. "On eBay it was anywhere from $178 to a high of $600," she said.

Some parents say "No"

But some moms are blogging they've decided Santa will not be bringing one, one saying "My kid's not getting a Hatchimal and she'll survive."

They say most children will understand the short supply, if you explain it.

Other parents, who managed to get one, are posting disappointing reviews.

One British mom's Facebook review has gone viral , after she said "It's not worth the money: It has a few games that are boring, that kids don't want to play again."

She said her daughter was bored and done with her Hatchimal after just 3 days.

If that happens to you, after  you spend hours trying to locate one, you'll say "doesn't that stink?"

Bottom line: If you really want one be prepared to visit  stores every morning, or spend $200 dollars on eBay.

Or you can give your child a rain check and look again in January, and determine if they even want one by then, so you don't waste your money.

“Don't Waste Your Money” is a registered trademark of Scripps Media, Inc. (“Scripps”). The information included in this article was obtained independently by Scripps reporters.  John Matarese reports on deals and scams so you Don't Waste Your MoneyWhile purchases from links inserted in this article may result in a commission for Scripps, no Scripps reporter benefited from that commission.

Sign up for John's free Newsletter by clicking here

6 ways to save money on movie tickets

Swamped by junk mail? Two ways to stop it