Could you pass the Houston flood car test? 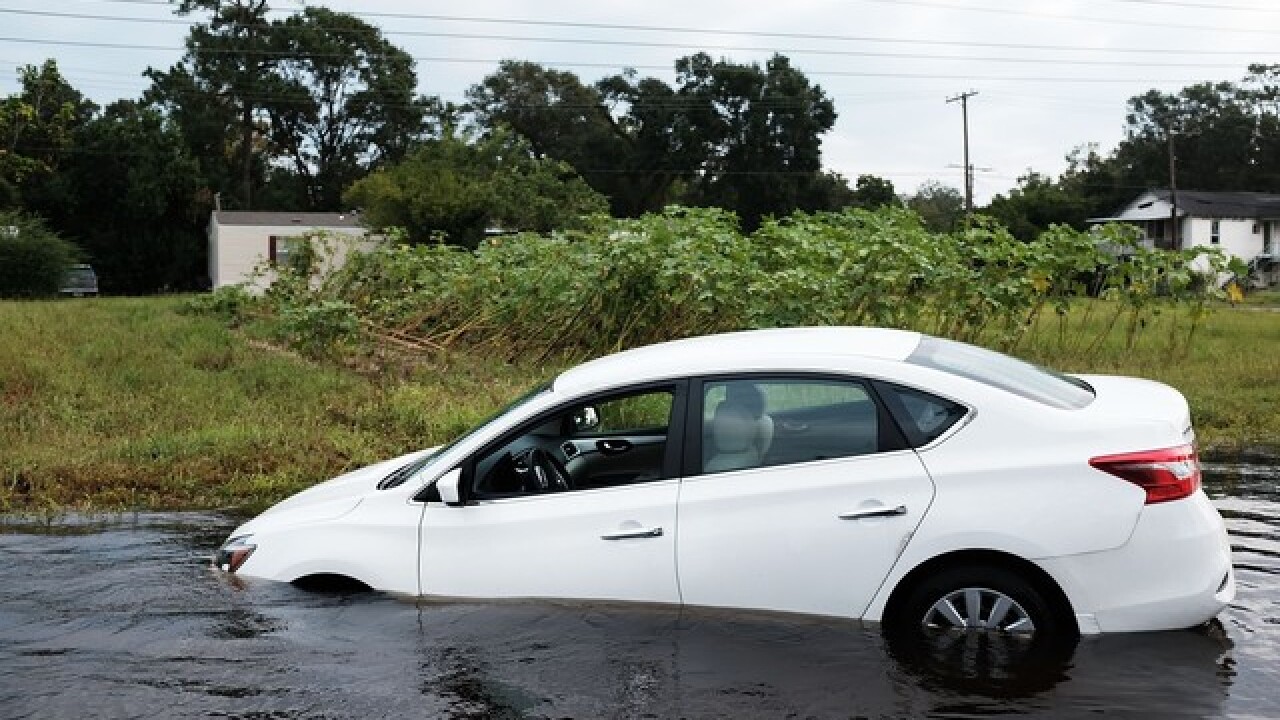 Tens of thousands of cars, pickups and SUVs were flooded in Hurricane Harvey in the Houston area this summer, and most of them are now being sold as junk, with "salvage" titles indicating they were severely damaged and are usable just for parts. But not all of them. Chris Basso of CARFAX says, historically, whenever there has been major flooding, several thousand cars still slip through the system. They're dried out, cleaned up and resold as top-quality used cars. Owners only find out months later that they bought a flooded-out rust-bucket that is now dangerous to drive ... if it still runs at all. "You can't judge a book by its cover," Basso said. "Flooded cars literally rot from the inside out, but cosmetically they can look like any other used car on the road." To prove his point, Basso and CARFAX agreed to set up a Houston flood car test for us. We lined up three nearly identical used Ford Focuses in the parking lot. All three looked shiny and ready to be sold. Only problem: One had been flooded up to the dashboard for 48 hours. "We got a flood car from Hurricane Harvey that we cleaned up," Basso said. "We put it against two other cars that we took off the street to see if people could pick out the one that’s been flooded." https://www.youtube.com/watch?v=PnlluAbAWJI

So how tough is it for the average person to spot a flood-damaged car? "The majority of consumers don't know what to look for and haven't done the proper research," Basso said. Shopper Gary Turner was the first to give it a try. He checked all three cars carefully, inside and out and under the hood. "I don't think this one was in the flood," he said, looking at the white car nearest the store entrance. "I would say this one," he finally said. "I'm guessing red." But he guessed wrong. The white car he would have bought turned out to be the flood-damaged car. Conny Listerman and her daughter, Brianna, spent even more time looking over the cars. Conny didn't mind stooping down and inspecting the undercarriage of each one. At one point the two women suspected one car of feeling a bit damp and mildewy. "It just felt a little damper to me," Conny said, but she couldn't tell if it was from flooding or rain. In the end, Brianna chose the white car near the store entrance, based on its slight mildewy (and air freshener) smell. Her mom chose the red one. She was wrong. In the end, only one of our three inspectors got it right. Actually, make that one out of four, because I was wrong too. I also chose the red car, because it had a bunch of dried leaves down below the windshield wipers. Turns out that was because it had been sitting under a tree.

How Can You Tell?

Basso said in several cities where they have done the Houston flood car test, most people get it wrong. He says that's because they don't know where to look and focus mostly on the seats and carpets (which are easily steam cleaned and dried to look new). So he showed us what to look for. Red Flag No. 1: Rust "Number one, you've already got lots of rust and corrosion," Basso said. Indeed, deep down in the white car's engine compartment, you could see a lot of rust for a 3-year old car. Even the fuses were rusting when he pulled them out. Red flag No. 2: Musty, mildewy smell Then, he said, use your nose. If you smell a lot of Lysol or air freshener, that should be a red flag. It's impossible to get all the mildewy smell out of the interior of a flooded car. "Because of the dampness in the seats and the carpet, there really is a musty smell to this car. Certainly there’s a musty, moldy smell to this vehicle," he said. Red flag No. 3: Rust or white powder on seat rails "There's rust on the seat bolts, on the seat rails," Basso explained, which was very visible when he pulled back the carpeting. To remove that, the seller would have to remove the seats and repaint all the rails, which is too much effort. Red flag No. 4: Moisture in headlights or tail lights "Right here you can see inside the tail lights, there’s water and condensation that’s gotten stuck in here," Basso said, showing the fog inside one of the white car's tail lights. None of our test-takers had noticed that (myself included). He said it is very hard to dry out the lights; even if you open them and towel them off, the condensation usually comes back. Red flag No. 5: Sand deep in the trunk "So you want to pop the trunk," Basso said, "and look as low as you can, such as under the spare tire if it has one. Indeed, the white car had some damp dirt and sand under the spare deep in the well, where there should never have been wet sand. None of our amateur inspectors had lifted the trunk floor liner. So how can you protect yourself? Basso says a CARFAX report would show if the car had been flood damaged. But the problem is that unscrupulous used car dealers would say there is no CARFAX for that car or that it is too expensive. In addition, the vehicle title should say "salvage" on it, meaning an insurance company totaled it out. But unscrupulous dealers will say they don't have the title yet. Finally, would you recognize a flooded car that had been cleaned up? There is a good chance you might not. That way you don't waste your money.