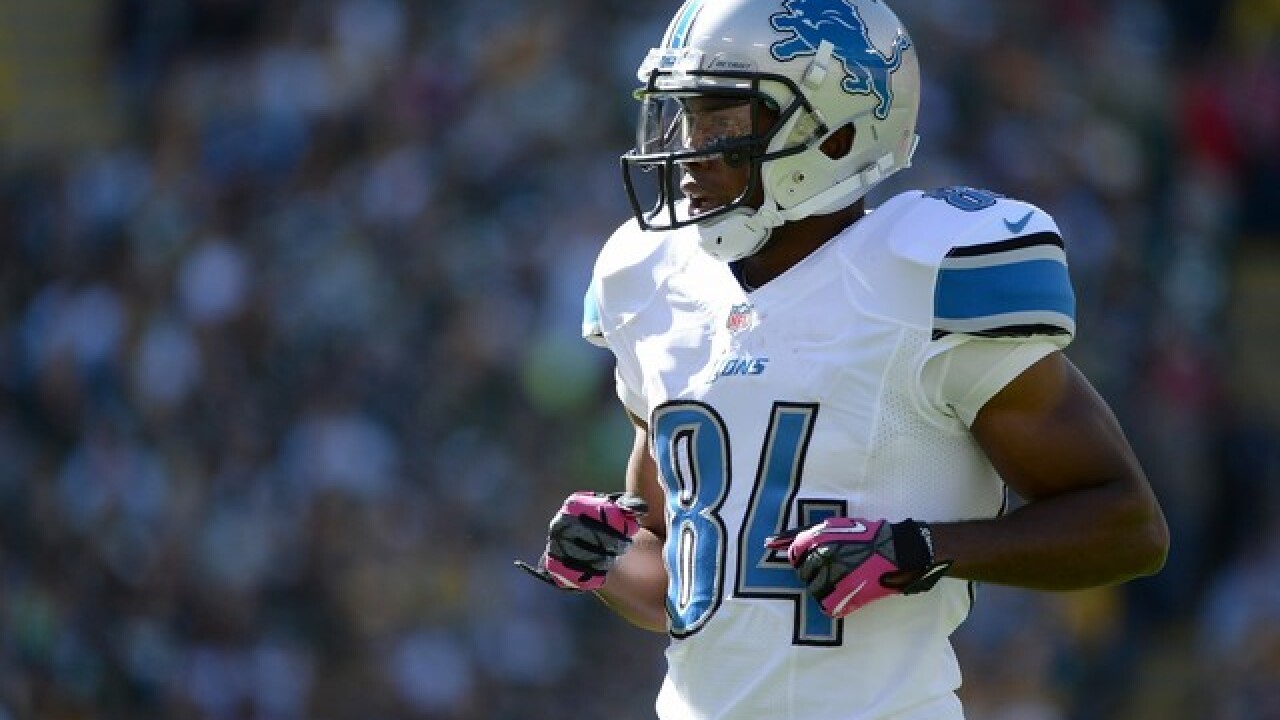 Ryan Broyles knows he lives unconventionally. But for this NFL free agent, it's a different kind of unique lifestyle than most professional athletes boast about. Broyles and his family live on just $60,000 per year, even though he raked in much more than that during his time with the Detroit Lions. The wide receiver wrote a piece in The Players' Tribune about why he adopted this philosophy. Hint: it's all about the future. He might still have an old car, but Broyles is looking ahead to retirement. "I knew that even after you’ve made it to the NFL and you’re 'living the dream,' it can all be gone in a split second. The game, the paycheck, the spotlight — just like that, you could lose everything," he wrote. So what's the big secret? For Broyles, it comes down to budgeting and then automating, so you don't have to constantly think about money. He started right away:

So when the Lions drafted me in the second round of the 2012 draft and I got my signing bonus, the first thing I did was pay down my debts and put my bills on autopay — the first steps to getting my credit right. Then I read about things like real estate financing. Stocks. Bonds. Interest rates. Compound interest. P/E ratios.

Broyles says he's well aware that many former professional athletes end up in a poor financial situation when they retire. To combat that, he decided to tell his story in The Player's Tribune. He also started teaching teenagers in his native Oklahoma how important it is to live below their means. Broyles says he was inspired by his now-wife, who told him he needed to pay his bills on time to improve his credit score. He also read the book "Rich Dad, Poor Dad," which changed his financial mindset. "As a college kid, I paid everything late. Cell phone bills. Electric bills. Car payments. I didn’t know anything about credit, and I didn’t really care. My parents never had credit cards when I was growing up, so it was just something I never thought about. We never really talked about money or budgeting or finances in our house. My parents worked hard to provide food and shelter, but there wasn’t a lot of extra money to go around. I didn’t get an allowance. I was mowing lawns at eight years old to fund my travel to basketball camps and tournament," he wrote. https://www.facebook.com/RyanLBroyles/photos/a.633339890021094.1073741828.633327290022354/1375043872517355/?type=3&theater If your bills and investments are automatically set up, you don't have the temptation to decide you'd rather take an extra vacation or plan a big shopping trip when it's time to make the transfers each month. "You'll never forget a payment again — and you'll never be tempted to skimp on savings because you won't even see the money going directly from your paycheck to your savings accounts," writes personal finance author David Bach in "The Automatic Millionaire," according to Yahoo! Finance. Whether you want to make things automatic or not, the important thing is having a budget and sticking to it.