These pet sitters make thousands of dollars a month 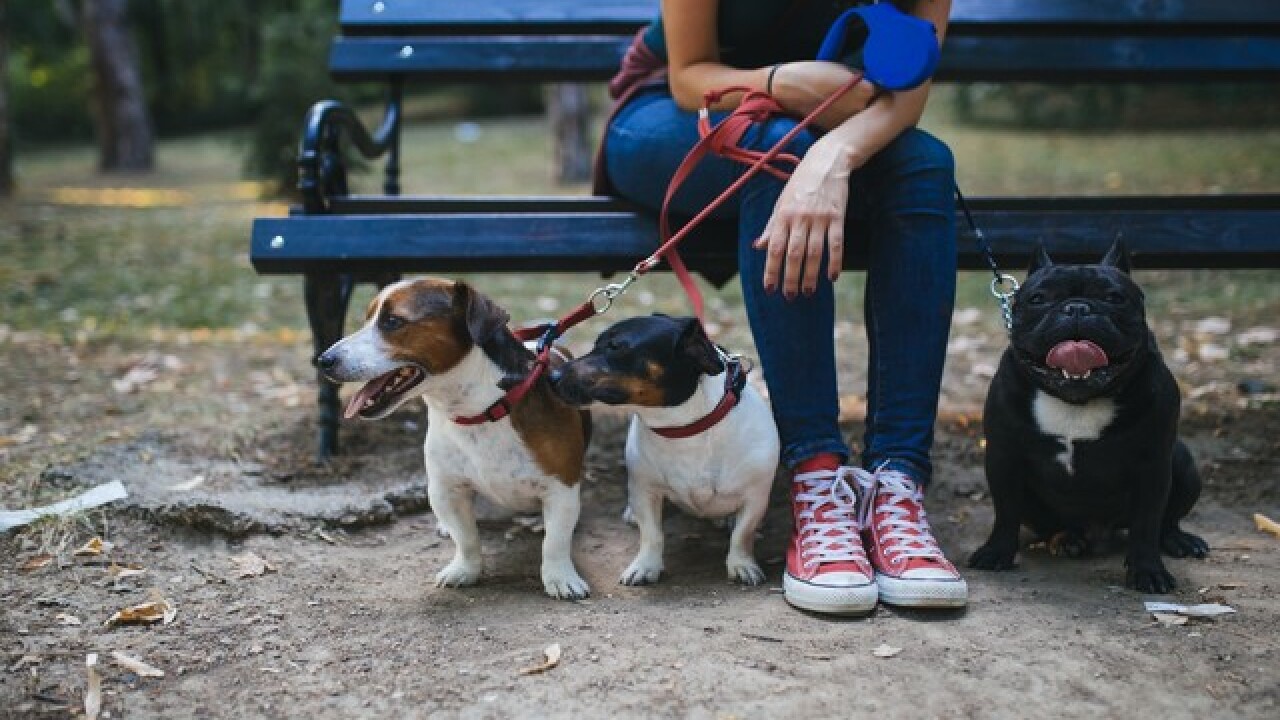 Looking for a side hustle so you can make some extra cash? Have you ever considered pet sitting or dog walking? Many people have tried their hand at these gigs so they could get themselves a little extra dough. But it turns out that pet sitting can be so much more, as some standouts in the industry have shown by turning their jobs into  super-lucrative careers . For example, Amber Walden and her boyfriend, Zane McDonald, were able to clear a cool $8,000 caring for dogs in New York City over the holidays. One of their gigs involved preparing four Chihuahuas to walk down the aisle as part of a Brooklyn wedding. "We had to get them dressed, make sure they were going to the bathroom, not messing up anyone’s dress,” Walden tells the New York Post . “That was a hell of a day, but they gave us a great tip.”

How Can Pet Sitting Become A Full-Time Job?

People like Walden and McDonald who are able to take the pet sitting to the next level are able to do so, in part, thanks to sites like Rover and DogVacay, which connect pet owners with available sitters. The companies take a 15 percent cut of the sitters' earnings and, in exchange, they handle marketing, billing, scheduling and insurance. Both sites say they have a few members that make six figures working for them, but their averages aren't bad either. Full-time sitters at Rover average $3,300 a month, while part-timers bring home about $900. Still, since it's such a popular job, it can be difficult to differentiate yourself from the pack. How do the pros do it? For one, if you're interested in making this your main gig, you may want to find a way to step up your services, and solidify your expertise. Walden, for example, also works at a veterinary center, which enables her to charge a higher rate ($60 a a night as opposed to the average rate of $30).

It's also important to price your services competitively in order to maximize your earning potential. Bryn Wied, for example, a stay-at-home mom who earns about $6,000 per year pet sitting, undercuts her competitors' average rates by $5 per night, which allowed her to set her business on the path to success. Within two months, she had to turn away business, and a month after that, she was able to raise her rates to what her competitors were charging. Wied also suggests screening your clients so you don't take on a job that's more trouble than it's worth. For example, watching an active puppy that's not yet house-trained will take a lot more effort than caring for a senior dog who's low-maintenance. Finally, it's important to build a rapport with your clients in order to earn repeat business. Cathryn Michon, who has used Rover to book a sitter, says it was the peace of mind provided by the service that kept her coming back. "We have loved it, and used it a few times since, when we know we’re going to some big, long event and don’t want to leave him alone that long,” Michon told Press Herald . “They would text and send photos or videos of how Tucker’s doing throughout the evening. We still use them. It’s a great resource.”