This map shows how high beer taxes are in every state 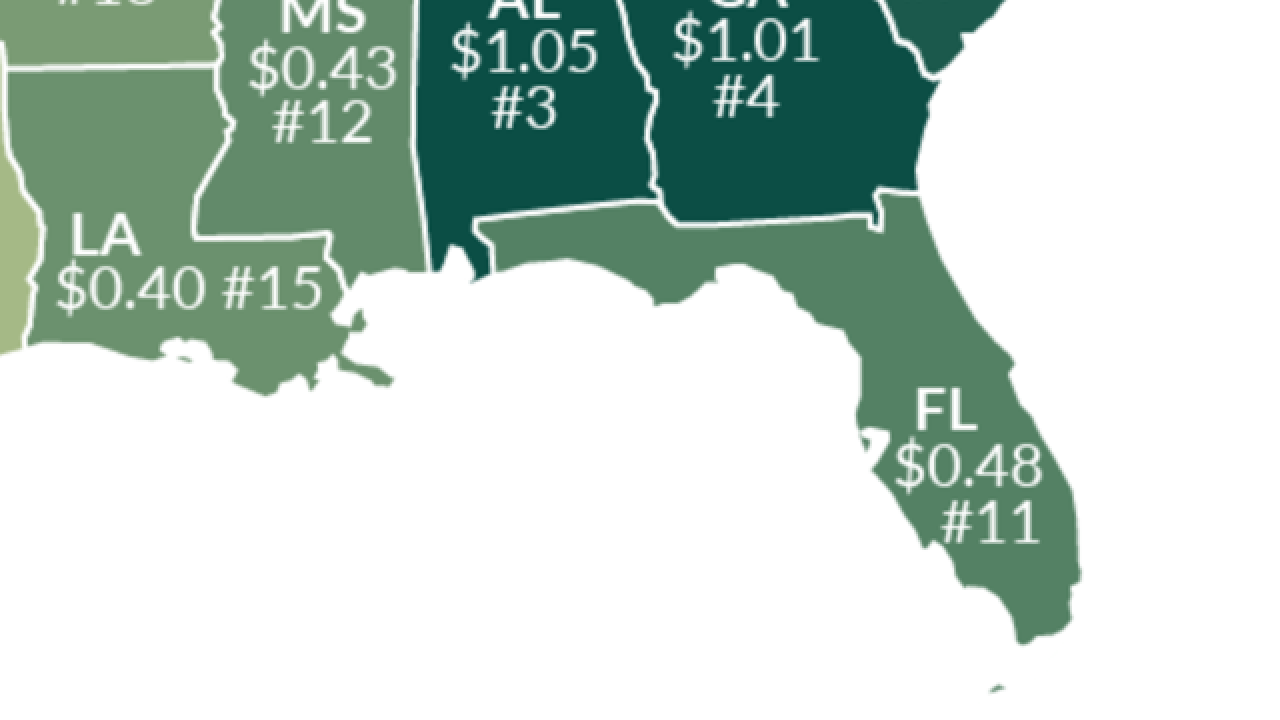 Pop quiz: What’s the most expensive ingredient in beer? It’s not barley or hops. Rather, it’s taxes; or so says The Beer Institute, which represents the $252.6 billion beer industry. (Hmm, we can't imagine what taxes taste like, but imagine they're more bitter than the hoppiest of IPAs). Anyhow, the institute says taxes cost more than labor and raw materials combined. According to its analysis, the sum of taxes placed on the production, distribution and retailing of beer exceeds 40 percent of the retail price. But how beer is taxed widely varies throughout the United States. The methods in which its taxed differs, too. For example, some imposed fixed “per-volume” taxes, whiles others enact wholesale taxes, according to the Tax Foundation, a think tank that researches sales and federal taxes. Some states tax distributors and others have a special retail tax on alcohol above and beyond the general sales tax.

The Tax Foundation took a deep dive into beer taxes throughout the country, breaking down states taxes to how they shake out in dollars per gallon. Money points out some trends in the data. For example, beer taxes in the Rocky Mountain region, where there’s a libertarian bend, tends to be low. But Southeastern states, where there’s a strong tradition of Baptist Christianity which discourages drinking alcohol, have among the highest taxes on beer. It seems the beer money could be helping to backfill tax revenue, as Southeastern states tend to have low income and property taxes. Here’s how beer taxes vary, state by state. The taxes range from 2 cents in Wyoming to, gulp, $1.29 in Tennessee. (We know, that’s tough to swallow!)