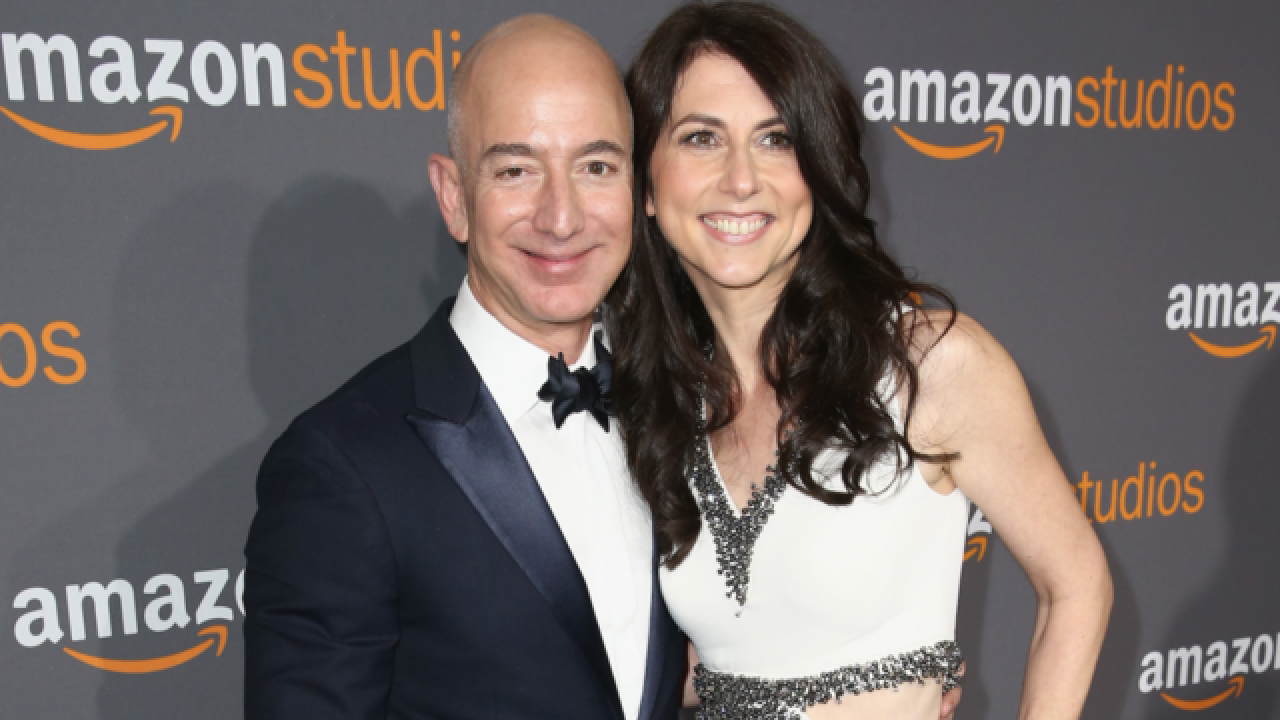 The world is filled with power couples. Beyonce and Jay-Z, Melinda and Bill Gates and Kim Kardashian and Kanye West are just a few that come to mind right away. But only one couple can claim the title of the world's richest couple, and that's Jeff and MacKenzie Bezos. [caption id="attachment_19683" align="alignnone" width="1024"]

Getty Images | Jerod Harris[/caption] You probably know Jeff Bezos as the CEO of Amazon, the online retailer giant. You might be less familiar with his wife, MacKenzie, who has been by his side practically every step of the way on his journey of leading one of the most successful companies in history. The pair have been married for 24 years and have four children together. Here's a look at how they met, fell in love and ended up being the wealthiest duo on the planet. MacKenzie and Jeff met at investment management firm D.E. Shaw, where Jeff served as vice president and hired MacKenzie on as a research associate. They had something in common right away, both being alumni of prestigious Princeton University. As his office neighbor, MacKenzie was smitten with Jeff's gregarious laugh, and asked him out to lunch. Within three months, they were engaged and within six, they were married in 1993.

The following year, the couple both quit their jobs and relocated to Seattle to pursue Jeff's dream of founding Amazon. MacKenzie worked as an accountant for the company, and was one of its first employees. MacKenzie, who studied under famed author Toni Morrison, is now a novelist. Her first novel, "The Testing of Luther Albright," was published in 2005 and earned an American Book Award. Her sophomore effort, "Traps" was released in 2013. It's clear the two have much admiration for each other. "I think my wife is resourceful, smart, brainy, and hot,” Jeff Bezos told Vogue in 2013. When writer Brad Stone wrote what was interpreted as a highly critical biography of Jeff Bezos and his company, MacKenzie took to Amazon.com itself to defend her husband with a scathing one-star review of the book. For all their success, the couple is reportedly pretty grounded. “Family is very important to Jeff, and he absolutely relies on her [MacKenzie] to create that stable home life. They are such a normal, close-knit family, it’s almost abnormal," longtime family friend Danny Hillis told Vogue. It sounds like these two are as rich in love and happiness as they are in money!