Hatchimals coming to Toys R Us, Target on Sunday 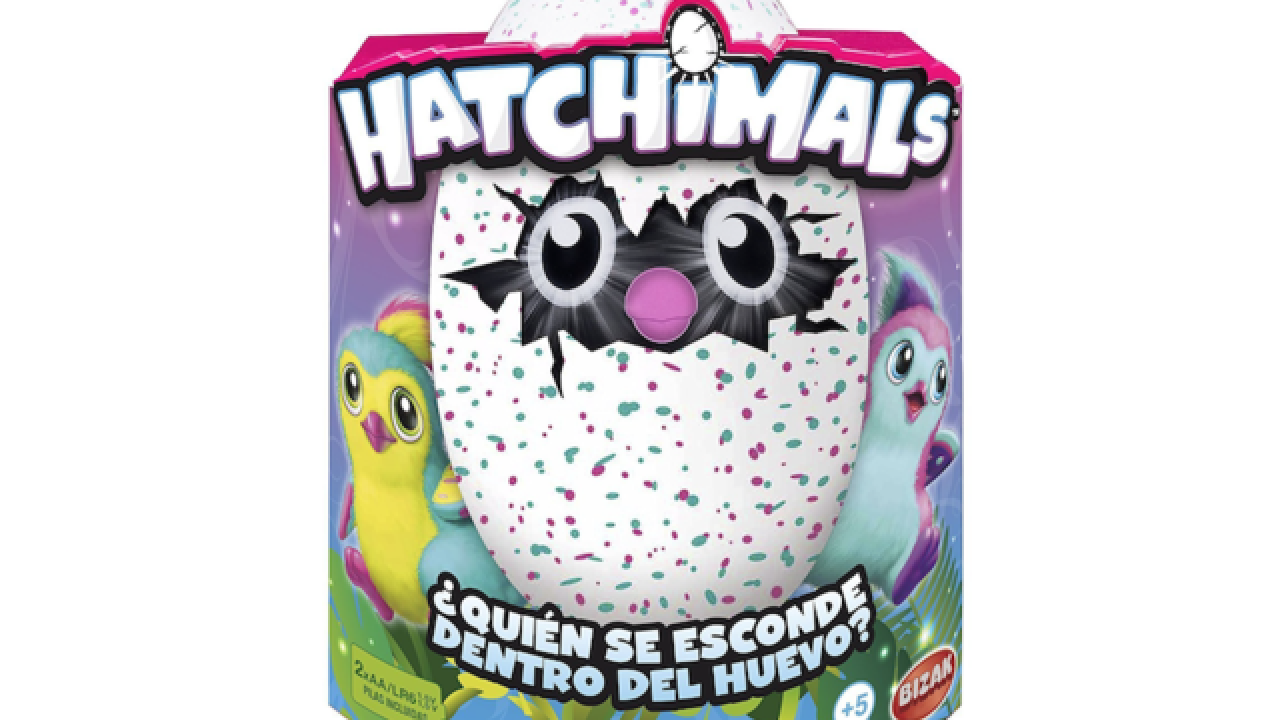 What's on Santa's wish list? How about a hatching animal you can't find at any price?

The cute little Hatchimal is showing up on millions of children's holiday wish lists this year, driving parents bonkers as they try to find one of them to put under the tree.

But there is finally some hope for frustrated parents.

The holiday shopping website BFAds.net reports Toys R Us and Target will be putting thousands of the impossible-to-find toys on their store shelves around the country this Sunday morning, December 4.

BFads.net says Toys R Us will open the doors at many of its stores will open at 8 a.m. Sunday with a limited number of Hatchimals for sale for $59.

It also says Target insiders report they will be putting them on shelves Sunday morning, but id does not list a time.

If you desperately want one, then you may wish to show up at 7 a.m. Sunday, to grab one before they sell out.

Why are they so In demand?

If you aren't familiar with them, think Furby, Tickle Me Elmo and Cabbage Patch dolls all rolled into one. Each one is unique (like Cabbage Patch), and they all have computer-generated personalities (like Furby).

You actually help them hatch from the shell they come in.

Just like with all those earlier hot gifts, the manufacturer never anticipated the demand, so they have become all but impossible to find.

It is sold out at Amazon and Wal-Mart, and prices on eBay are soaring into the hundreds.

Heather Waugh is a Monroe, Ohio mom who has been hunting one for two months.

Adding to her frustration, Waugh pre-ordered a $50 Hatchimal for her little girl back in October from Wal-Mart's website. But she received an email from the store, saying her order had to be canceled because stores can't get them.

"I've looked in different stores. I've looked online," Waugh said. "I've had my mom in Florida look. I've had my sister in Columbus, Ohio look and all the stores are out."

So what can you do?

In a recent report, Money Magazine said you might have to pay the secondhand eBay prices of $150 and up if it means that much to you and your child's happiness.

You can also explain that Santa can't get anymore until after Christmas. Chances are prices will drop -- and supplies will improve -- by late January or February. The manufacturer, SpinMaster, promises much more supply in the spring.

Or you can stalk your local stores.

That means getting friendly with staffers at your nearest toy store or big box retailer, and asking when they think Hatchimals might come in. Then, you need to be at the doors at 8 a.m. when new product is typically placed on the shelves.

Wal-Mart said it will be putting out more Hatchimals as it gets them, but admits they will be gone in a flash.

Is it worth it? That's up to you, since it is hard to place a price on a child's Christmas smile.

Yeti cooler review: Is it really worth $350?