Gas prices spike up to 17 cents due to Harvey 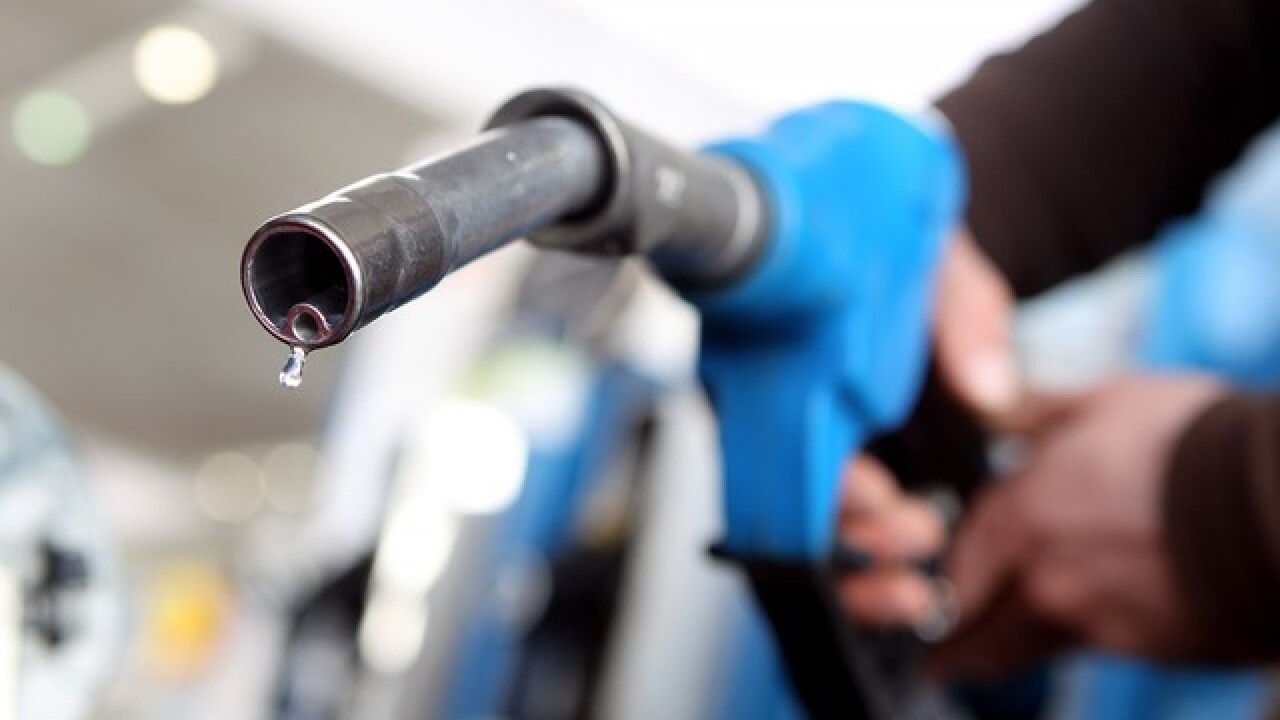 Gas prices spiked overnight and are up about 17 cents a gallon since Hurricane Harvey struck Texas. The national average price for a gallon of regular jumped nearly seven cents to $2.52 a gallon on Friday, according to AAA. And price spikes are even more severe in some Southern states. Prices in Texas jumped 10 cents overnight, and are up 21 cents over the last week. North Carolina prices jumped 11 cents overnight and are up 27 cents over the last week. Georgia prices jumped nearly 12 cents overnight and are up about 29 cents for the week. Stations started running out of gasoline in Dallas following a social media reports that there was a Harvey-inspired shortage, even though one expert said the run on gasoline there was caused by the drivers panicking and topping off. Supplies might have lasted if drivers conserved what they already had in the tank. Gas futures shot up more than 10 percent Aug. 31, the last day of trading for contracts that promised September delivery of gasoline. Prices for the October futures early Friday were slightly lower, suggesting traders don't expect the higher prices to last. But there will likely be continued pain at the pump as the many of the refineries along the Texas Gulf Coast struggle to get back online.

"There's a worry now that most of the Texas refineries could be compromised for weeks rather than days" said Tom Kloza, chief oil analyst for the Oil Price Information Service, which tracks prices for AAA. He said the national average could get as high as $2.75 a gallon in a worst case scenario. The Trump administration tapped into the emergency Strategic Petroleum Reserve Aug. 31 in response to the major refinery outages on the U.S. Gulf Coast caused by Hurricane Harvey. Nearly 30 percent of the nation's refining capacity along the Gulf Coast has been shut or reduced operations due to flood waters associated with the storm. Motiva's massive Port Arthur refinery, the largest in the U.S., shut down on Wednesday due to "increasing local flood conditions," while Valero also closed its Port Arthur refinery on Wednesday. Earlier in the week ExxonMobil's Baytown Texas refinery, which is the second-largest in the country, was shut down due to roof damage caused by heavy rain. The refinery shutdowns caused the Colonial Pipeline to shut part of its operation from the Texas Gulf Coast early Thursday because it doesn't have enough product to move through the pipeline. The pipeline is key to moving gasoline, jet fuel and other refined products to points along the East Coast from Florida to New Jersey. While part of the pipeline was still operating, "we don't know how much its carrying," Kloza said. "I'm sure it's less than maximum." A break in the same pipeline in September 2016 caused gasoline shortages and prices to spike about 20 cents a gallon in Alabama, Georgia, North Carolina, South Carolina, Tennessee and Virginia. The question now is how long it takes the closed refineries to get back online. Kloza said it took about six weeks for the system to get back to normal after Katrina. Written by Chris Isidore for CNN. CNNMoney's Jackie Wattles contributed to this report. The-CNN-Wire ™ & © 2017 Cable News Network, Inc., a Time Warner Company. All rights reserved.