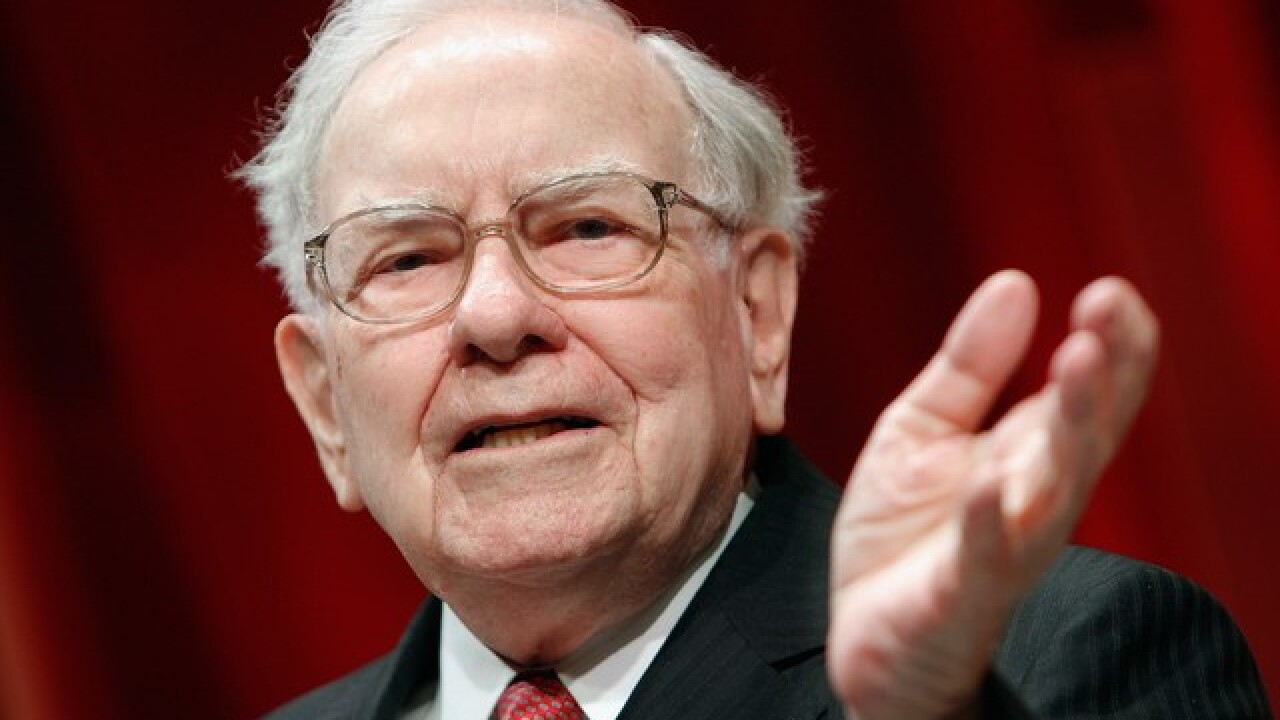 Warren Buffett is considered to be one of the most successful investors of all time. He has a net worth of $76.9 billion, and his multinational conglomerate holding company Berkshire Hathaway owns over 60 companies, including Geico, Dairy Queen, Fruit of the Loom, See's Candies, and Helzberg Diamonds, just to name a few. The new HBO documentary "Becoming Warren Buffett" (directed by Peter W. Kunhardt) gives viewers an unprecedented look into Buffett's wildly successful life, as well as the small-town values which shaped his outlook and contributed to his business acumen. Here are some of the most surprising things you may not know about Warren Buffett:

He Is The Son Of A Congressman

His father, Howard Buffett, was a four-time Republican U.S. Representative for Nebraska. Alongside his father, mother Leila, and his two siblings in Omaha, Nebraska, Warren Buffett had a pretty standard childhood. Friends and family recall that even as a child, he had an amazing head for numbers and could calculate sums with alacrity.

He Was Raking In Money At An Early Age

Buffett may have been blessed with a warm, loving home, but he didn't just play marbles or collect baseball cards. Instead, he was very focused on earning money, even from a early age. He had a paper route, and he also sold magazine subscriptions, golf balls, stamps, and other goods. And, yes, when he filed his taxes, he reportedly deducted $35 for his bike as a business expense!

He Collected 'Losing' Tickets At The Horse Track

When a friend's mother took Buffett and his pal to Ak-Sar-Ben, a local horse track, the billionaire-to-be was shocked to see that people tossed away their betting tickets if their horse didn't win first place. But Buffett knew that the track didn't just pay out for first place, but for second and third place as well (something novice betters didn't realize). So, Buffett and his friend wandered around the stadium, reaching under filthy seats covered with cigarette butts, peanut shells and other garbage, finding the small sums of money that others had essentially thrown away. It was a dirty job, but he said he had a lot of fun—and made some extra spending money along the way.

He Bought His First Stock At Age 11

While other kids had baseball and hopscotch on their minds, Buffett was thinking about making money. Buffett was inspired on a trip to the New York City with his father, during which they had a meal with a member of the New York Stock Exchange. The following year at age 11, Buffett made his first investment (multiple shares of Cities Service Preferred for $38 apiece).

He Got Dissed By Harvard Business School

Buffett was absolutely confident that he would be accepted by the illustrious Ivy League school. However, he flubbed his in-person interview due to his lack of experience and maturity...he was only 16 years old, and says that he was "emotionally about 9 [years old]." Instead, Buffett attended Columbia University. It was the first of many experiences that toughened Buffett's resolve and commitment to self-transformation.

He Made His First Million At 30

Buffett officially became a millionaire at the age of 30, thanks in large part to advice from his business idol Benjamin Graham. Buffett wanted to come work on Wall Street right after college, but Graham convinced him to instead stay in Omaha, where he worked as a stockbroker and and owned several partnerships. The decision paid off: He was rolling in dough by his 30th birthday.

He Reads All Day

Buffett says that reading is the key to his success. To that end, he avoids all forms of technology (he has only sent ONE email in his entire life), and instead spends most of his day in his office reading. He says he reads 500 pages a day, and he credits his love of newspapers and other educational materials for his material success.

He Has Committed To Giving Away Almost His Entire Fortune

Buffett is well-known for his billions, but he is also well-known for his philanthropy and commitment to giving. In 2006, he made a public promise to donate most of his fortune, and in the last 10 years, he has made good on that promise. In this past decade, he has donated $27.54 billion to various charitable organizations.

He Challenged President Trump To Reveal His Tax Returns

Since the 1970s, all presidents have revealed their tax returns to the American public. However, President Trump has refused to do so, leading Buffett to urge for this transparency. During the presidential campaign, Buffett said, "I will meet him in Omaha or Mar-a-Lago or, he can pick the place, anytime between now and election. I'll bring my return, he'll bring his return. We're both under audit. And believe me, nobody's going to stop us from talking about what's on those returns." Trump never accepted the invite.

He Protects His Time

Buffett does not believe in wasting time. He refuses to set meetings too far in advance, as he wants the freedom to be 'relevant' instead of 'prescient.' To that end, he protects his schedule, saying, "Keep control of your time. You won’t keep control of your time unless you can say no — you can’t let other people set your agenda in life."

He Is Very Frugal

Buffett says he doesn't work to "collect money," but that doesn't mean that the tycoon is wasteful. He still lives in the modest home that he bought for $31,500 over 40 years ago, and he never spends more than $3.17 on his McDonald's breakfast. In the new HBO documentary "Becoming Warren Buffett," Buffet explains: "I tell my wife, as I shave in the morning, I say, 'Either $2.61, $2.95 or $3.17.' And she puts that amount in the little cup by me here [in the car]." He further explains the signifance of these sums, saying "When I'm not feeling quite so prosperous, I might go with the $2.61, which is two sausage patties, and then I put them together and pour myself a Coke. $3.17 is a bacon, egg and cheese biscuit, but the market's down this morning, so I'll pass up the $3.17 and go with the $2.95." Wow. No wonder this man is a billionaire! Check out the clip below: https://youtu.be/jXg0V2tyhXo

He Believes That Love Matters Most

Despite his huge fortune, Buffett is still a softy at heart. He once gave this touching advice to college kids: "You will be successful if the people who you hope to have love you, do love you."

Wise words from a man who says that his wedding rings were the best investments he ever made.