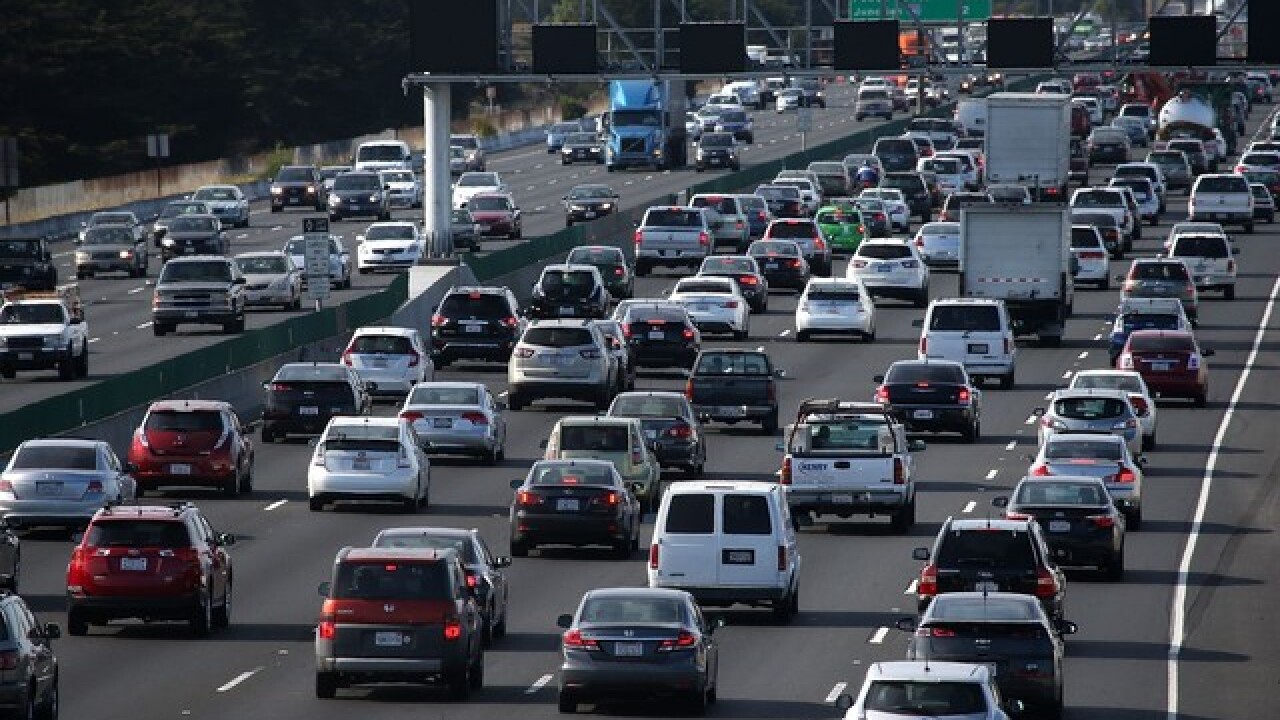 The average American commutes 25.4 minutes to work every single day. It might not sound like much, but it adds up to about an hour in the car every day, and with traffic getting worse across the country, that number is bound to go up. Many people's commutes already clock in at an hour or more each way, and if you've ever sat in bumper-to-bumper traffic after a long work day, you know it's hard to maintain a sunny disposition in highway gridlock. In other words, it's obvious that less commuting equals more happiness, right? But it's surprising exactly how much more happiness a shorter commute brings. Dan Buettner, a National Geographic fellow, has spent the past five years traveling the globe, studying the happiest places and people on Earth and parsing out all the variables that contribute to overall happiness. In an interview with NPR, Buettner explained the dramatic happiness boost that happens when people reduce their commute time, and the comparison he makes might surprise you:

When you look at Americans' day-to-day activity, the top two things we hate the most on a day-to-day basis is, No. 1: housework and No. 2: the daily commute in our cars. In fact, if you can cut an hour-long commute each way out of your life, it's the [happiness] equivalent of making up an extra $40,000 a year. It's an easy way for us to get happier. Move closer to your place of work.

Imagine your boss called you into her office and offered you a $40,000 raise right now. You'd be thrilled, right? Ecstatic? Like you're floating on air?

According to Buettner, you can experience that same level of happiness by making a change to your commute time: either moving closer to work or finding a job closer to your home. However you make the shift, less time in the car means a measurably happier life. This fact might be surprising, but it's in alignment with what Buettner found in the global trek he made to research his book, "Thrive: Finding Happiness the Blue Zones Way." "What makes us happy?" he asks in the book's description. "It's not wealth, youth, beauty, or intelligence. In fact, most of us have the keys within our grasp." In this case, the key to happiness might be as simple as putting down the car keys.