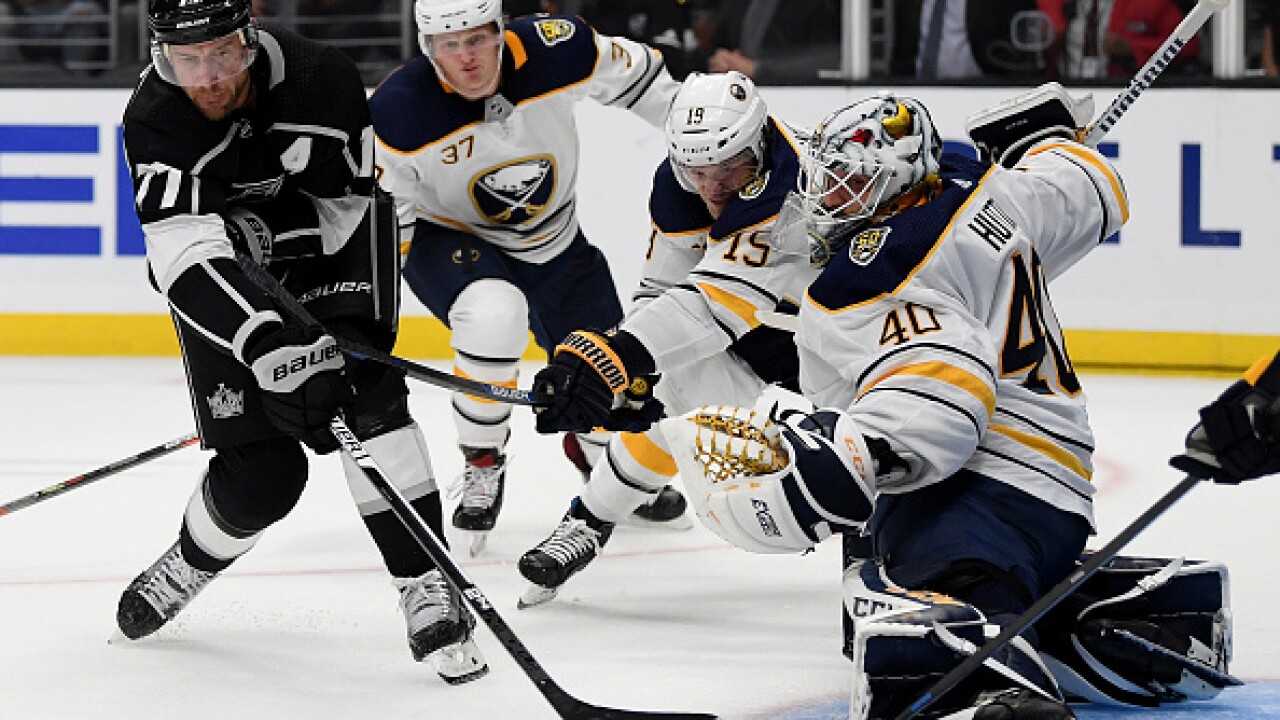 Conor Sheary also scored for the Sabres, who bounced back from their first regulation loss of the season at Anaheim on Wednesday.

Jack Campbell made 21 saves for the Kings, who were shut out in the second straight game and have lost three straight.

Buffalo made it 3-0 at 2:32 of the second period when Mittelstadt scored on the power play for his first career multi-goal game. He got positioning in front of Kings defenseman Alec Martinez in the crease and put away a pass from Rasmus Ristolainen.

The Sabres took a 1-0 lead at 2:36 of the first period on Mittelstadt's first goal of the season, a one-timer in the left circle on a pass from Jimmy Vesey.

Sheary pushed the lead to 2-0 at 5:20 on another one-timer, his coming in the right circle from Mittelstadt. Sheary had missed the previous four games because of an upper-body injury.

NOTES: The Sabres won their third straight game against the Kings, something they had not done since winning three in a row Oct. 23, 2003-Jan. 14, 2006. Buffalo has also won consecutive games in Los Angeles for the first time since March 12, 1994, and March 13, 1996. ... Kings forward Tyler Toffoli played in his 200th consecutive game.

Sabres: Visit the San Jose Sharks on Saturday in the finale of their three-game trip.

Kings: Host the Calgary Flames on Saturday to wrap up their five-game homestand.

Copyright 2019 The Associated Press. All rights reserved. This material may not be published, broadcast, rewritten or redistributed.