I-Team: 58% of WNY jobs beyond reach of public transit 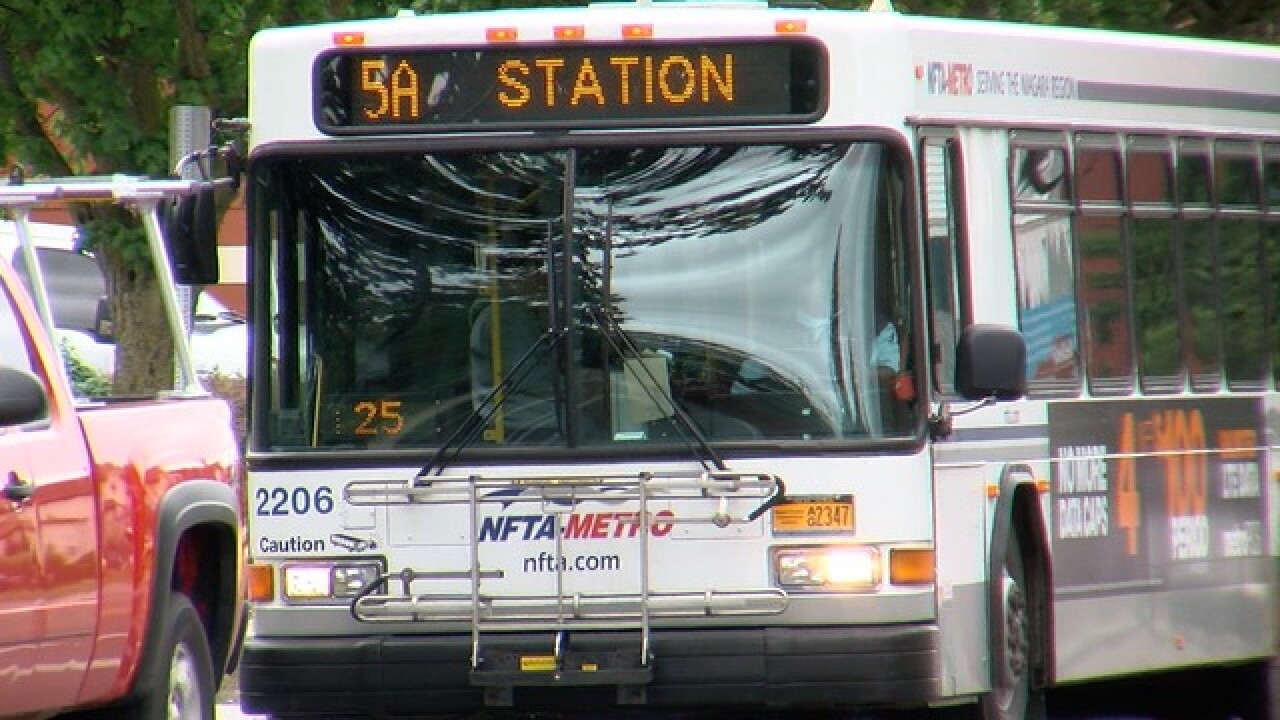 For Anna St. John, getting to and from work is anything but simple.

St. John takes one bus from her Lackawanna apartment to downtown Buffalo, then another to the Town of Tonawanda where she works as a nanny.

“Sometimes I canʼt even catch the bus home,” she said. “It would be too late.”

In those cases, St. John calls a taxi — and she’s not alone, because studies show parts of Lackawanna are so starved for public transit that more people depend on cars than buses to get to work.

Itʼs becoming a critical issue as Buffaloʼs economy improves: how to connect people in the city who need jobs with companies that are hiring in the suburbs -- but whose locations are sometimes beyond the reach of public transit.

“The harder it is to get to your job, the harder time youʼre gonna have keeping that job, or getting it in the first place,” said Sam Magavern, executive director of the Partnership for the Public Good, a non-profit based in Buffalo.

PPG has studied the issue and recently found 58 percent of jobs in Western New York are beyond the reach of public transit.

“If you donʼt have a car, over half of the regionʼs jobs are just not available to you, so your job selection is really limited,” Magavern said.

Report on Working Towards Equity in Erie County

That puts African-Americans like St. John at an even greater disadvantage, as statistics show unemployment people of color in Buffalo is more than double that of whites.

“The racial gaps in employment here are worse than they are nationwide,” he said.

Of the region’s five major employment centers -- Downtown Buffalo, River Road in Tonawanda, Sweet Home Road in Amherst, Airport-Main-Wehrle-Transit in Amherst and Walden Avenue in Cheektowaga -- one the downtown business district is located in the city, leaving many potential jobs hard to get to for those on the East and West sides of Buffalo.

“Itʼs a challenge, and we know that itʼs a challenge and itʼs something that we work on every day,” said Helen Tederous of the Niagara Frontier Transportation Authority, which run public transit in Western New York.

Tederous points to a recent University of Minnesota study that recently ranked the agency 22nd in the nation when it comes to connecting people with jobs. It’s an improvement from the year before, when the NFTA ranked 29th.

"Connecting people to jobs is our top priority, and we continuously work at making that as easy and as efficient as possible for the majority of people traveling,” Tederous said.

“So the good news is you can get there, the bad news is it takes so much longer by transit than it would by driving a car,” Magavern said.

Gabe Tyler takes a train and two buses to get from the Commodore Perry housing projects downtown to his job at this Williamsville nursing home.

He used to wake up at 3:30 each morning just to catch the bus, “because there wasn’t a timely connection between the bus and my job schedule.”

More than once, unreliable buses have made him late for work and drawn the ire of his bosses.

“They say, ‘If that bus came late, you should have gotten an earlier one,’” Tyler said. “But if [the buses] start at 7 or 6 in the morning, there is no earlier bus, you know?”

That’s why experts say the Tesla plant in South Buffalo is an example of a much easier way to solve this problem: instead of getting people to the jobs, companies should put the jobs where the people already live.

“Even more efficient, really, is bringing the jobs back to the urban core, where itʼs already developed, youʼve got the infrastructure, try to use some of those old buildings, and weʼre seeing more and more of that in Buffalo, which is the good news,” Magavern said.

Charlie Specht is the lead investigative reporter for the 7 I-Team. You can see more I-Team investigations here.