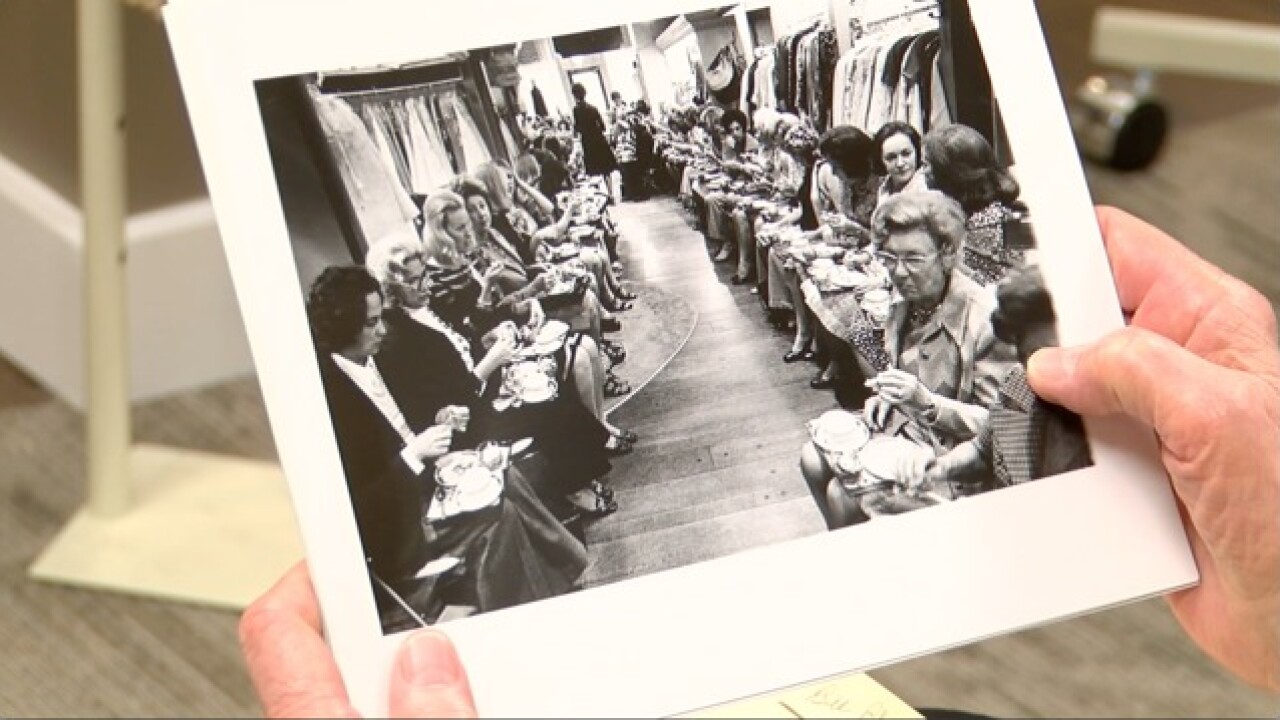 A strand of pearls, a perfectly tailored blazer and flawless skin, Ruth Peachey looks like she walked straight out of a high fashion ad. "We try not to just talk it, but we try to walk it," says Peachey, the former owner of Danahy's in Amherst.  But Peachey isn't talking about her appearance, she's talking about the store's impeccable business model, stressing the importance of staff and customer service as its secret to success and longevity.

But to understand how far this store has come, you have to look at its origins.

Mabel Danahy's, as it was originally known, opened on Delaware Avenue in Buffalo in 1925  and was owned by Mabel Danahy and her sister.   A quote from Danahy's website paints an attractive vision of a by-gone era, "at the time, the Queen City was at it's zenith, and Delaware Avenue was lined with stately homes and elm trees. The Danahy shop was at the center of a prominent group of clothiers and seamstresses catering to a stylish clientele known as the carriage trade. Through the years, the street became an address synonmous with fashion."

In the 1960's, Ruth Peachey took over as owner of the fashion retailer.  Tastes were changing, but fashion was still a top priority.  Peachey reminices about seeing women arrive at the store with their chauffeur's, dressed to the nines, complete with pill-box hats and white gloves, "women loved to get dressed up, it was a dressier time," she says.  And while skirts were getting shorter and the prints a little bolder, Peachey and her staff maintained their mission driven by two words, honesty and integrity, "that's what retail is", says Peachy, "it's loving fashion, loving the Lord and it has to be fun."

And that has been the driving force over the subsequent decades.

In 2012, Peachey's niece, Elizabeth Lennon, took over as owner of the new Danahy's.  "She really inspired me to fall in love with this business," says Lennon, "she's really made it fun to do this job."  "She is just a natural here. I don't want to build her up too much," adds Peachey with a cheeky little smile.

Since 1925, the store has moved from Delaware Avenue in Buffalo, to the Northtown Plaza in Amherst, to its brand new home in the Picadilly Plaza on Sheridan Drive in Amherst.  And over the years these two women have seen it all, from pill-box hats, to bell-bottoms to boot-cut jeans.  But, if you follow this simple advice, both Lennon and Peachey agree you will always be sucessful, "Love what you do, get up in the morning and think, I can't wait to go to work."