Teddy Perkins: Who was dressed as the mysterious 'Atlanta' character at the Emmy's? 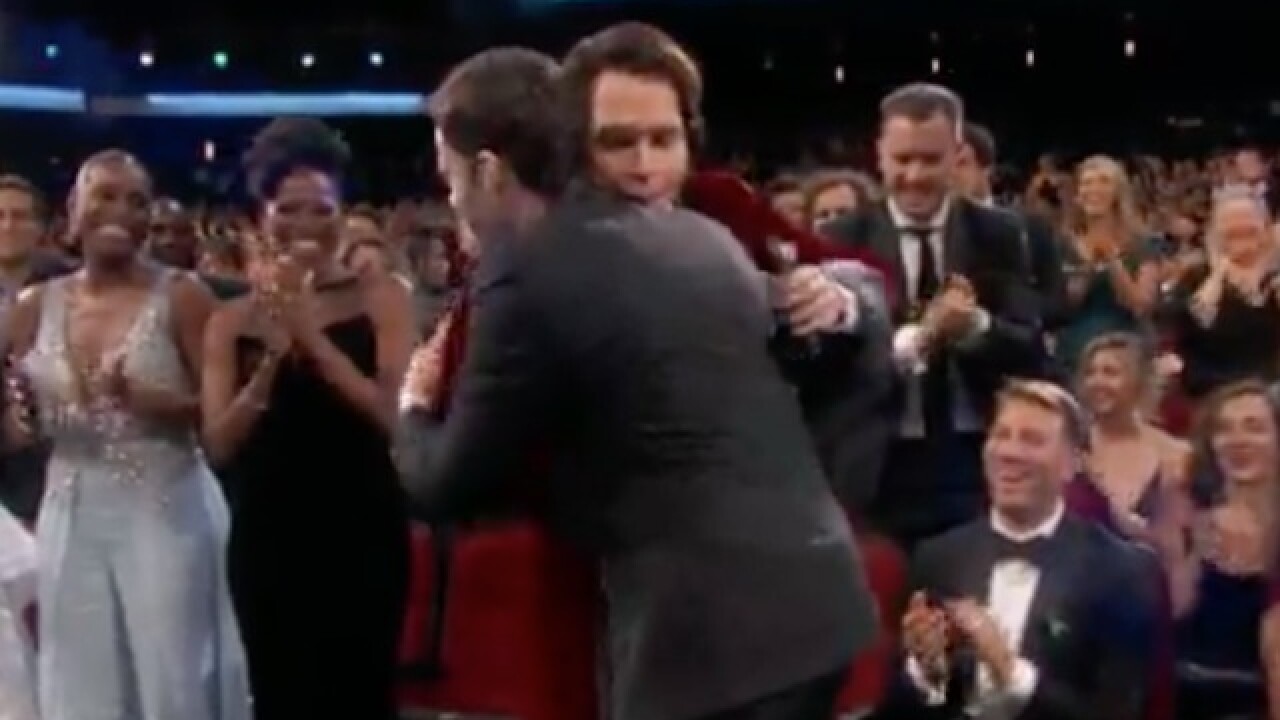 There was a joke at Monday night's Emmy Awards that you only would have been in on if you are an "Atlanta" fan.

Teddy Perkins, the Michael Jackson-esque character played by star Donald Glover on the FX comedy last season, was in the audience at the ceremony, much to the delight of fans.

But there was also some confusion.

Here's the backstory: Glover portrayed the eccentric Perkins, in white face with a high voice, during the sixth episode of the series' second season, sparking buzz among viewers because the dramatic nature of it was a total departure from the show's usual vibe.

Glover was nominated for outstanding lead actor in a comedy series, and there was some stir on social media when the Perkins character was spotted in a cut-away shot while the category was being announced.

Perkins even hugged the winner, Bill Hader, as he headed to the stage to collect the award for his performance in "Barry."

It was assumed Glover had dressed in character for a joke.

But minutes later, Glover was there, as himself, with a full beard -- unlike the clean shaven Perkins.

That caused lots of head scratching as to who had come as Perkins.

"If Donald & LaKeith [Stanfield, one of the "Atlanta" costars] we're both at the Emmy's, who tf went as Teddy Perkins," one person tweeted along with a photo which showed Glover, Stanfield, and fellow costar Brian Tyree Henry standing with Perkins.

Can you be nominated for an Emmy for best audience moment at an awards show?