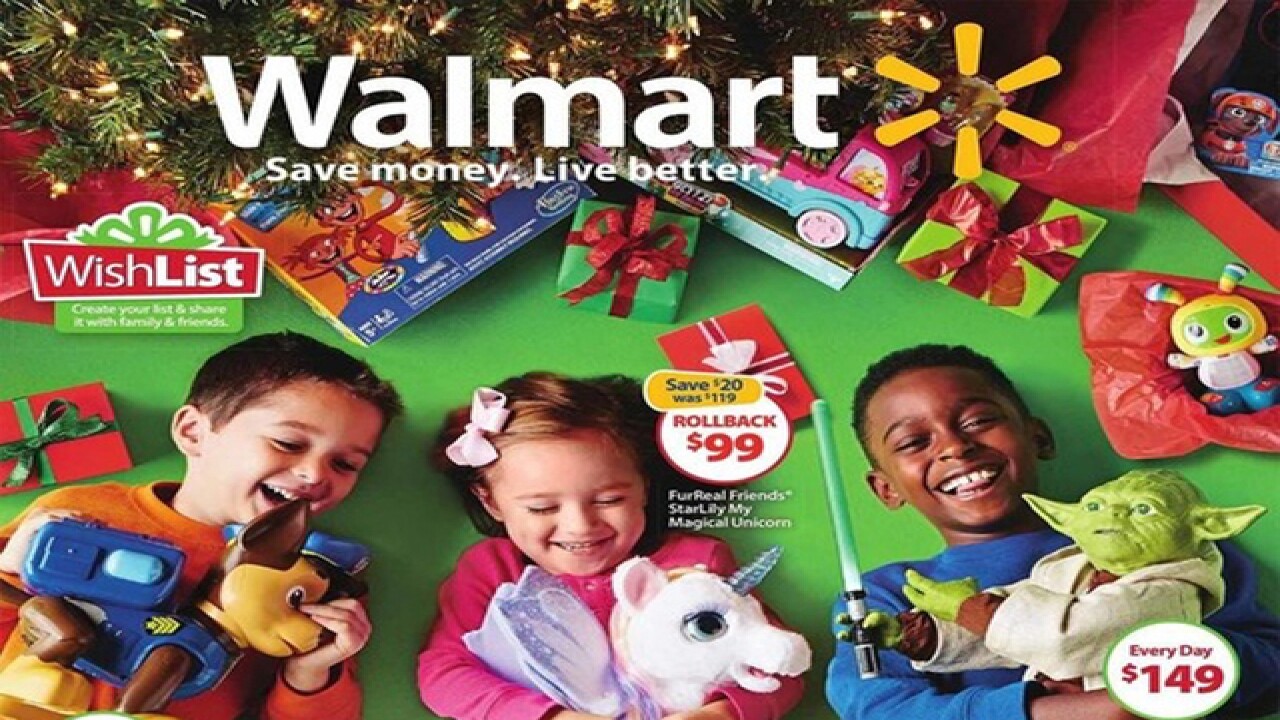 If you were a child during a certain time in the 70's or 80's, no doubt you remember the Sears Wish Book.

It was a giant (or so it seemed to a 7-year old) book filled with all sorts of toys, bicycles, toy kitchen sets, robots and other things kids dreamed of for the holidays.

The book was a starting point for millions of Christmas wish lists.

Those days are long gone, but other stores are stepping forward to fill the void with smaller toy books of their own in 2016.

You know the holiday season is getting close when the big toy books start to leak, that show the expected hottest toys of the season.

The website BF Ads.net has just released a scan of the 32 page Wal-Mart Holiday Toy Catalog.  It includes more than 200 hot toys, many chosen by kids as their favorite. Some are "only at Wal-Mart" toys, so if your young one wants them, you will have to shop Wal-Mart: they won't be available anywhere else.

But don't expect any great deals in the book: BF Ads says those will come with the Wal-Mart Black Friday ad in a couple of weeks.

This is one worth getting your hands on, according to BF Ads.net, because it actually contains valuable store coupons  and can be used now.  See the highlights here.

While not as big as the Toys R Us or Wal-Mart books, it has some good toys at good prices, according to BF Ads, and gives a good idea of the hottest video games and electronics, in fewer pages.'

All of these however are just to whet the appetite and help kids create wish lists.

Where are the Black Friday ads?

The real deals will appear in the Black Friday fliers, which are expected in the days right after Election Day. And we will probably all need some diversion after the election.

“Don't Waste Your Money” is a registered trademark of Scripps Media, Inc. (“Scripps”).