Porch pirates are always prevalent during the holiday season. But according to home security footage, it's not just humans that are on the prowl for packages. 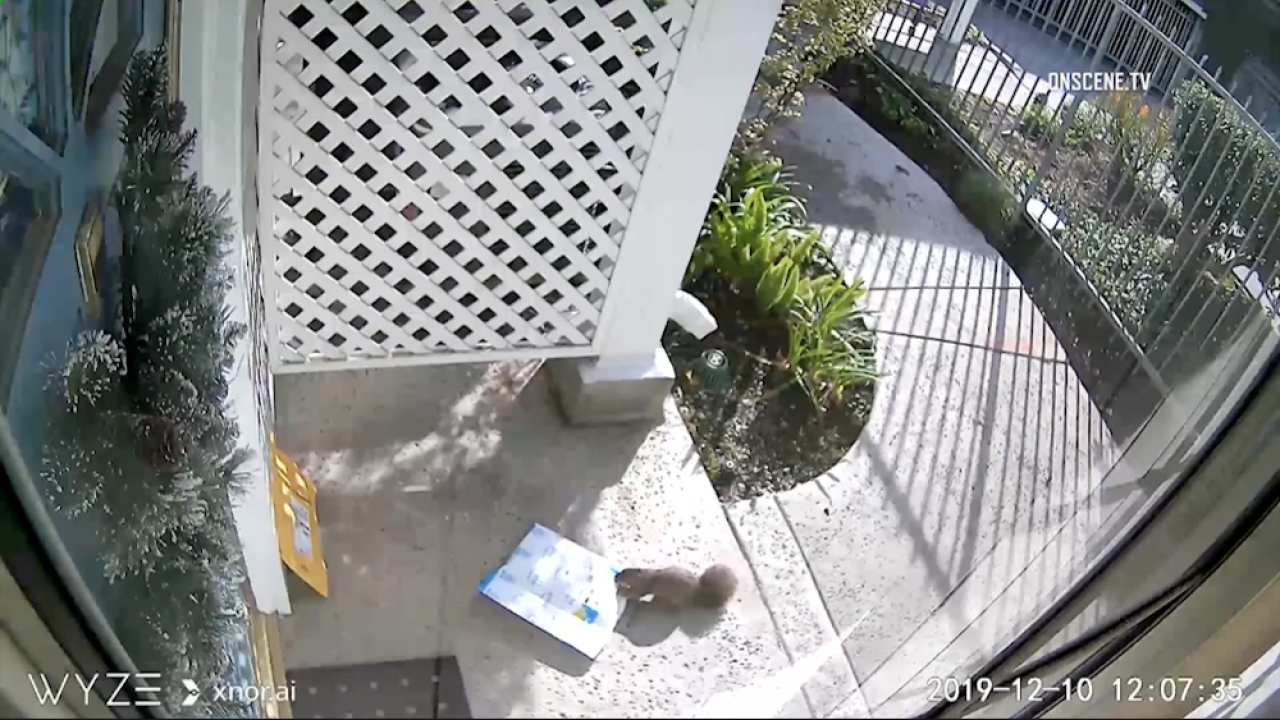 Porch pirates are always prevalent during the holiday season. But according to home security footage, it's not just humans that are on the prowl for packages.

A squirrel in San Pedro, California, was able to swipe a package from a resident's porch and drag it down the street.

The footage shows the squirrel approach a number of packages on the doorstep, select one and drag it off-camera.

According to the Los Angeles Times, neighbors were able to thwart the squirrel's efforts to make off with the loot and returned the package to its rightful owner.

Amazingly, the resident told the Times that it's not the first time a squirrel has stolen a package from their porch. He said he often finds packages strewn about the bushes near his home.