Deputies use lasso, rodeo skill to save deer that fell through ice in Wyoming

Using a common Western ranch and rodeo skill, two Wyoming sheriff's deputies lassoed a deer that had fallen through ice and pulled it to safety. 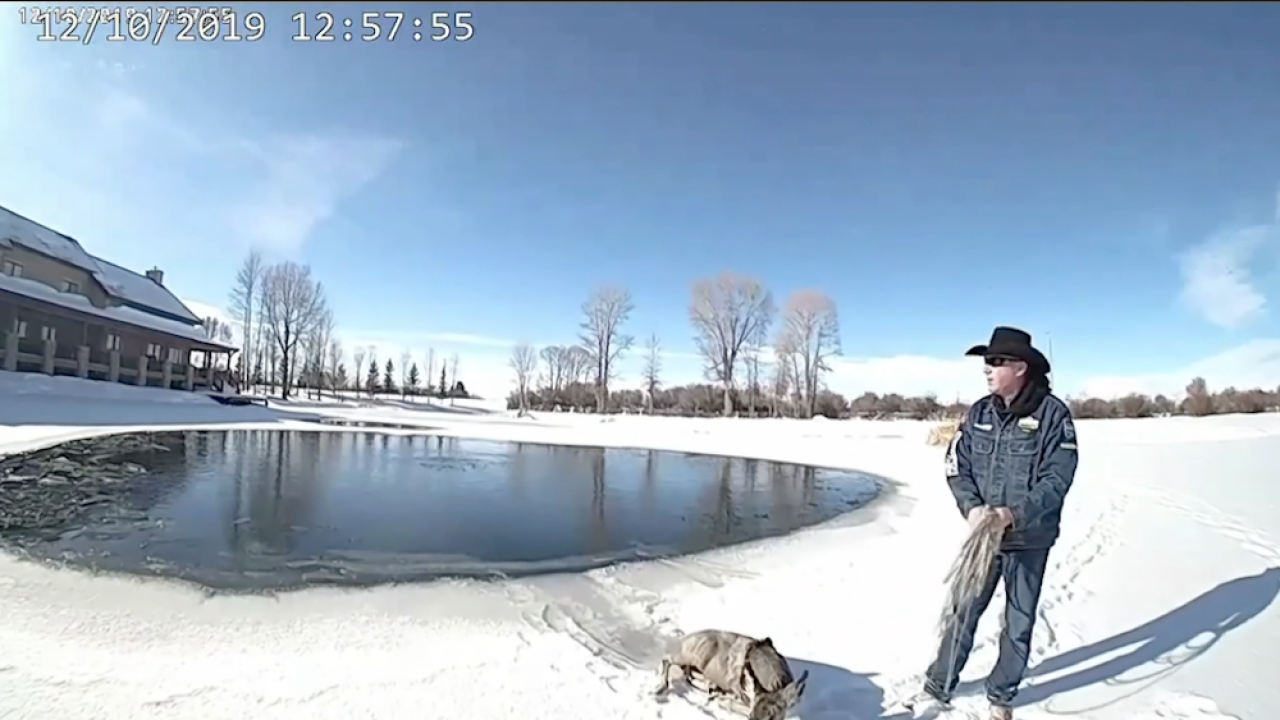 Using a common Western ranch and rodeo skill, two Wyoming sheriff's deputies lassoed a deer that had fallen through ice and pulled it to safety.

According to a news release from the Sublette County Sheriff's Office, deputies were dispatched about 12:45 p.m. Tuesday to a pond near the small ranching town of Daniel in southwest Wyoming where someone had reported a deer had fallen through the ice.

Because the ice was too thin to walk on, deputies Justin Hays and Joshua Peterson lassoed the deer and pulled it to shore, the sheriff's office said.

The deer was then taken to a near blacktop driveway where it could warm up and be left alone. When a deputy checked on the deer a few hours later, it was gone.