April Fools' Day: Some of the all-time greatest pranks 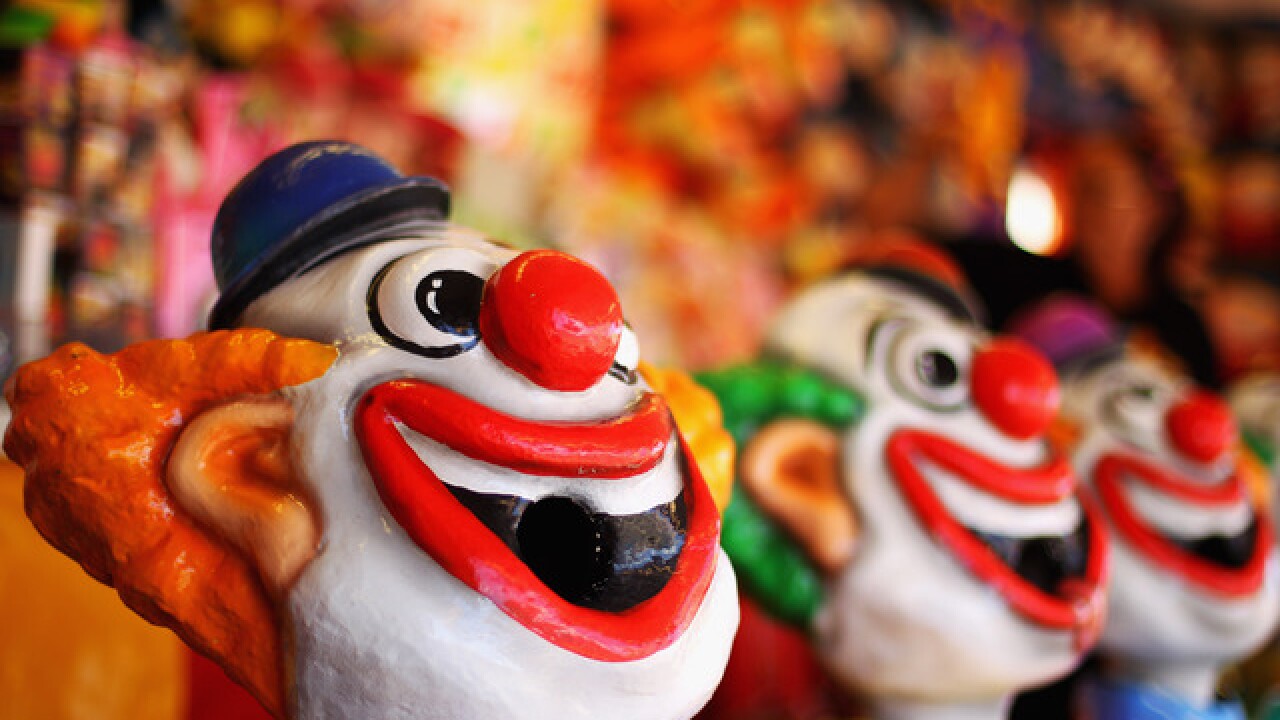 &lt;p&gt;A crazy laughing clown is seen in the carnival area during the 2012 Sydney Royal Easter Show at the Sydney Showground on April 5, 2012 in Sydney, Australia.&lt;/p&gt;

Google Nose, imaginary treasure maps and a hoax fight served as some of the better digital pranks in 2013.

April Fool’s Day has been celebrated by different cultures in many ways. The Ancient Romans and Europeans from the Middle Ages celebrated a day of foolery.

Poet Geoffrey Chaucer referenced a day for tricks in his poem, “The Nun’s Priest’s Tale.”

But great jokes, like Chaucer’s work, never gets old. Here’s a list at some of the best pranks. Some happened in concert with April Fool’s Day while others are just noteworthy.

Following the twerking rage, a viral video went out of a woman who did it, well, incorrectly. See the video for yourself.

The video emerged on the websites of a number of different news organizations before Jimmy Kimmel interviewed the woman, Daphne Avalon, on his late night show.

Kimmel revealed Avalon was a professional stuntwoman and the entire video was a practical joke.

Don't ask, don't smell: For when you're wary of your query -- SafeSearch included.

Some people were unable to sniff out the joke.

George Zimmerman made plenty of headlines without being a part of any fake news.

But a satirical story reporting a fight between Zimmerman and former NBA star Gilbert Arenas got a lot of attention.

"Former NBA star Gilbert Arenas was arrested Monday afternoon after a brief altercation with George Zimmerman as he attended a signing at a gun show in Orlando, Fla.," the Empire Sports article reads.

"According to Lt. Juan Holysz of the Orlando Police Department, police were called to respond to an altercation at a restaurant on East Colonial Dr. in Orlando. When they arrived at the scene, Arenas had already been escorted outside by management."

Zimmerman was acquitted of murder charges in 2012 after he shot and killed unarmed teenager Trayvon Martin.

Hoaxes are nothing new and some of the older ones are the best.

In 1835, the New York Sun published a long article by famous British astronomer, Sir John Herschel where Herschel announced he had discovered life on the moon.

Herschel, much to his chagrin, found out later that such discoveries were attributed to him, according to museumofhoaxes.com.

Corporate America has not been left out of the pranking spirit.

In 1996, Taco Bell announced through advertisements in six major newspapers that the company would do its part to help the pay the national debt.

Here is the company’s announcement.

“In an effort to help the national debt, Taco Bell is pleased to announce that we have agreed to purchase the Liberty Bell, one of our country’s most historic treasures. It will now be called the “Taco Liberty Bell” and will still be accessible to the American public for viewing. While some may find this controversial, we hope our move will prompt other corporations to take similar action to do their part to reduce the country’s debt.”

People had strong thoughts and Taco Bell released an announcement admitting the advertisement was an April Fool’s Day joke.

Not to be outdone, Burger King UK advertised the fast food-chain would serve a left-handed Whopper to better serve the 10 percent or so of the population who primarily use their left hand.

The 1998 company news release noted the new burgers was designed to fit more comfortably in a lefties’ hand and create fewer spills.

"We have always been proud of the fact that we offered 1,024 ways to order our flagship Whopper sandwich, now we are offering 1,025 ways! It's the ultimate 'Have It Your Way' for our left-handed customers," said Lorraine Thomson, Marketing Director for Burger King UK.

But like baseball’s mythical left-handed fungo bats, the left-handed Whoppers proved to be a hoax.

The Daily Currant, a satirical newspaper, reported 37 died in Colorado after overdosing on marijuana. The massive death toll led Colorado lawmakers to reconsider the decision to allow recreational use of the drug.

Some people took the story literally and stormed social media with their opinions.

Here is a story from Denver’s KMGH.

The People’s Daily, a Chinese daily newspaper, lauded Kim Jong-un after an American publication named him the sexiest man alive.

But the initial ranking came from The Onion, a satirical newspaper.

“He has that rare ability to somehow be completely adorable and completely macho at the same time,” Onion Style and Entertainment editor Marissa Blake-Zweibel said.

Google announced it found the lost treasure map of William “Captain” Kidd and would put the map online to help search for treasures.

The company encouraged viewers to help decipher the clues of the map.

“Upon further analysis of the hidden clues in the map, we've confirmed that the map does not belong to the famous pirate William Captain Kidd but was instead created by a Google engineer as a joke. April Fools!”

George Plimpton illustrated the mythical fastball of an unknown Harvard dropout who reportedly learned the pitch in the Himalayas.

The story appeared in the April 1, 1985 edition of Sports Illustrated and extensively detailed Hayden (Sidd) Finch, his 168 miles-per-hour fastball as tested by a JUGS Supergun II radar device and the New York Mets’ hopes making Finch part of their team.

The story quotes several members of the team, including front office officials. Former Mets general manager Frank Cashen said he was briefed on the story but did not realize everything that would be written.

"It's the biggest practical joke that was played on baseball as far as I know," Cashen said.

Cashen said he thought the story was funny but did not enjoy fielding phone calls to explain Finch did not exist.

Alas, the Mets had to compete without the Herculean pitcher and finished second in the National League East Division in 1985 before winning the World Series in 1986.