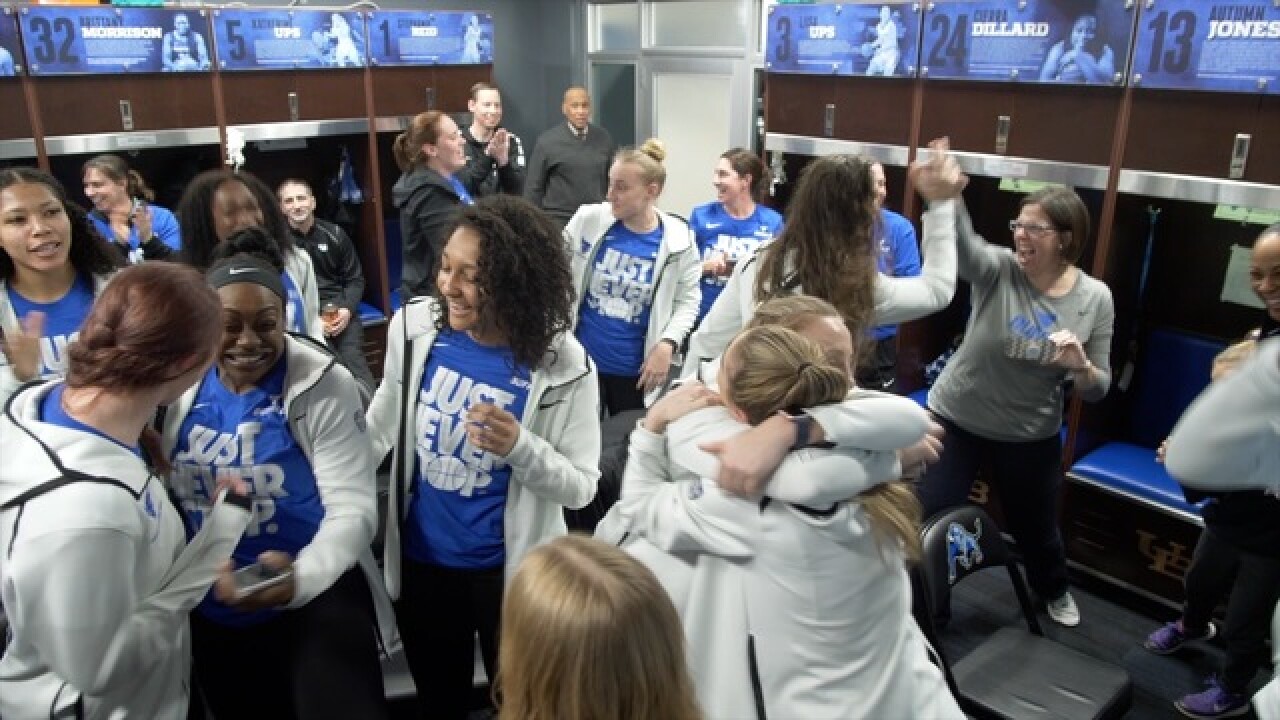 The Bulls, the 11th seed in the Albany Region, beat 6th seed USF 102-79 in the NCAA Tournament's Round of 64. The game was played in Tallahassee, Florida.

It was a slow start for the Bulls who fell behind early, trailing 20-11 after the first quarter. The second quarter was a similar tale to start as the Bulls trailed by as much as 11 with 5:55 to go in the quarter but then things went UB's way. A 10-2 Bulls run over the next two minutes made it a one point game and with :55 seconds in the first half, Stephanie Reid made a layup to give the Bulls their first lead of the game. Cierra Dillard put an exclamation point on the quarter with a three-pointer before the buzzer to give the Bulls a 42-38 lead at the half.

In the second half, UB came out firing and never let the USF Bulls take control. With 6:43 left in the 3rd quarter, Courtney Wilkins made a jumper to give the Bulls a 16 point lead, their largest of the day, and they just kept piling on the points from there.

Cierra Dillard had a monster game for the Bulls. She ended with 36 points and six rebounds, hitting 7-of-13 from three-point range. Wilkins came off the bench and added 23 points while Reid, back from an ankle injury, added 19 points and eight rebounds.

Next up for the Bulls is 3rd seed Florida who beat Little Rock 91-49 earlier on Saturday. The game will be played on Monday in Tallahassee at 6:30 p.m. ET.