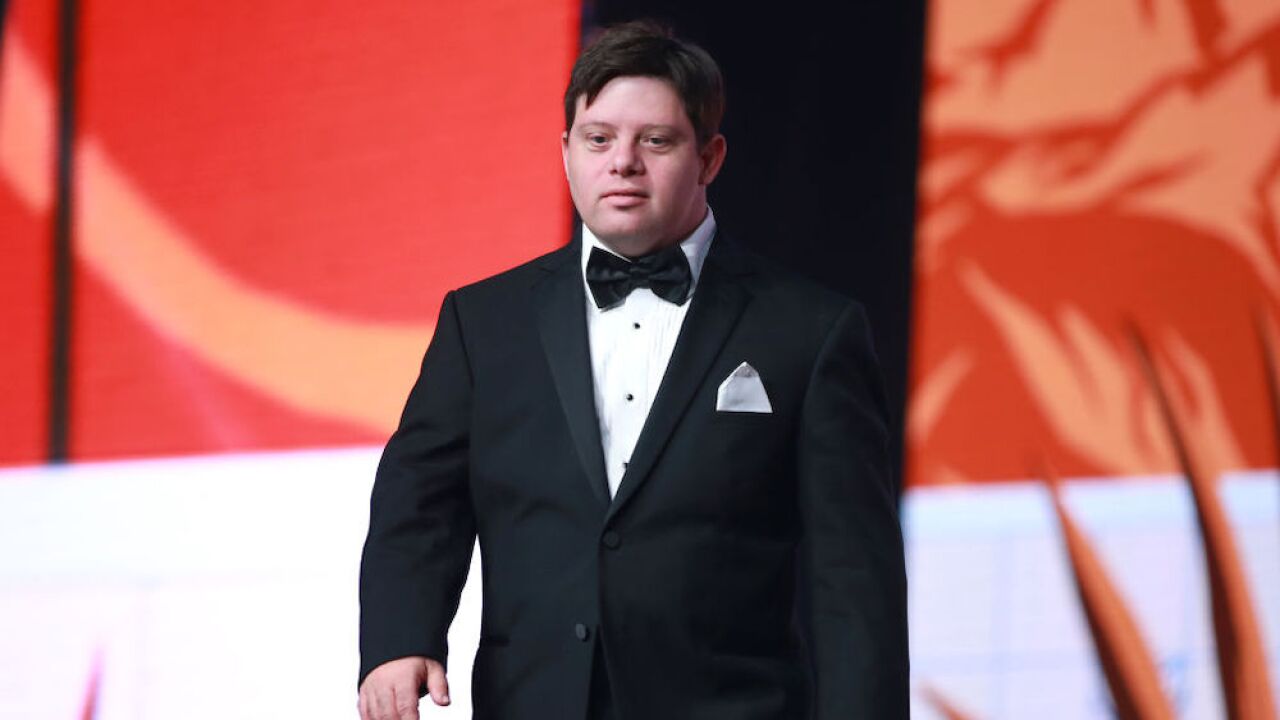 For "The Peanut Butter Falcon" star Zack Gottsagen, his first time on the Academy Awards stage was a first-ever for the Oscars.

The actor became the first Oscars presenter with Down syndrome Sunday night, receiving a standing ovation from nominees and those in attendance.

Gottsagen presented alongside his co-star Shia LaBeouf, before announcing the winner of the live-action short film category, "The Neighbor's Window."

In "The Peanut Butter Falcon," Gottsagen and LaBeouf star alongside Bruce Dern and Dakota Johnson, as Gottsagen's character chases his dream of being a professional wrestler in a Huckleberry Finn-style journey.

Since the two starred together in the film, LaBeouf has credited Gottsagen with helping him through a difficult battle in 2017.

"He knows about my pain intimately. We'd be sitting there watching wrestling every night. He'd be eating ice cream. I'd be drinking gin. I'd tell him, 'You gotta stop eating all that ice cream.' He'd say, 'You gotta stop drinking that gin,'" LaBeouf told the Associated Press. "This man's a year older than me. He's been acting longer than me and he's healthier than I am. He has more friends than I have, has longer lasting loving relationships."

LeBeouf told the AP he and Gottsagen have stayed in regular contact.

"I was doing things for Shia because I just don't like to see old Shia act like this. I wanted to see the new Shia that I know," Gottsagen said to the AP. "I have respect for other stars in films and I want Shia to be nice with them, except for those stars who don't care about Shia. That would be their loss. I don't care about what they do, but I care about Shia a lot more. Shia can do anything."

This story was originally published by Mark Saunders on KGTV in San Diego.