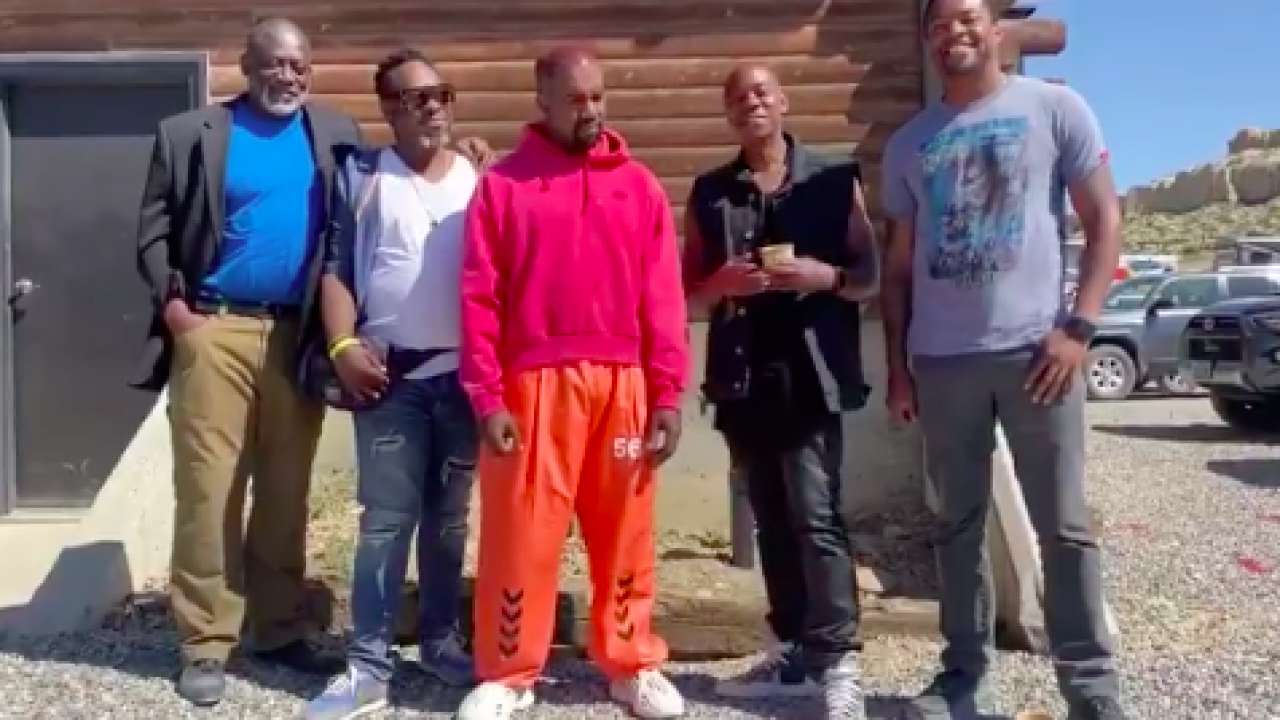 Dave Chappelle hopped on a plane to visit Kanye West after the rapper reportedly sent several troubling tweets Monday night. The friendly visit was shared in a video posted by West to Twitter.

“DAVE YOU ARE A GOD SEND AND A TRUE FRIEND,” West wrote in the tweet.

In the video, West asks Chappelle to say something.

West laughs then asks for something funny, a joke to lift their spirits. Chappelle struggles, then says he is only on his first cup of coffee and needs to think of something.

THANK YOU DAVE FOR HOPPING ON A JET TO COME SEE ME DOING WELL DAVE YOU ARE A GOD SEND AND A TRUE FRIEND ALL LOVE 🕊 pic.twitter.com/ddLA0E9eLK

Eventually, the group finds a punchline.

West reportedly tweeted several times Monday night following his campaign-related appearance on Sunday. The tweets had been deleted Tuesday, and the hashtag #prayforYe was trending. Ye is West’s twitter handle.

West says he is running for president this fall, and held an event in South Carolina on Sunday in which he shared some of his views, including on Harriet Tubman and abortion. He shared a personal story about him and wife Kim Kardashian considering aborting their first child, and became visibly emotional talking about how they decided to have the baby. North was born in 2013.

West failed to qualify to be on the presidential election ballot in South Carolina on Monday.

Monday night, West sent many tweets referencing the South Carolina speech, alleged fallout from his statements and his fear of being locked up.

TMZ is reporting some of those tweets mention Kardashian, “Kim was trying to fly to Wyoming with a doctor to lock me up like on the movie Get Out…” one tweet reportedly said.

West has a ranch in Wyoming.