Hanks' 'A Hologram for the King' set to debut 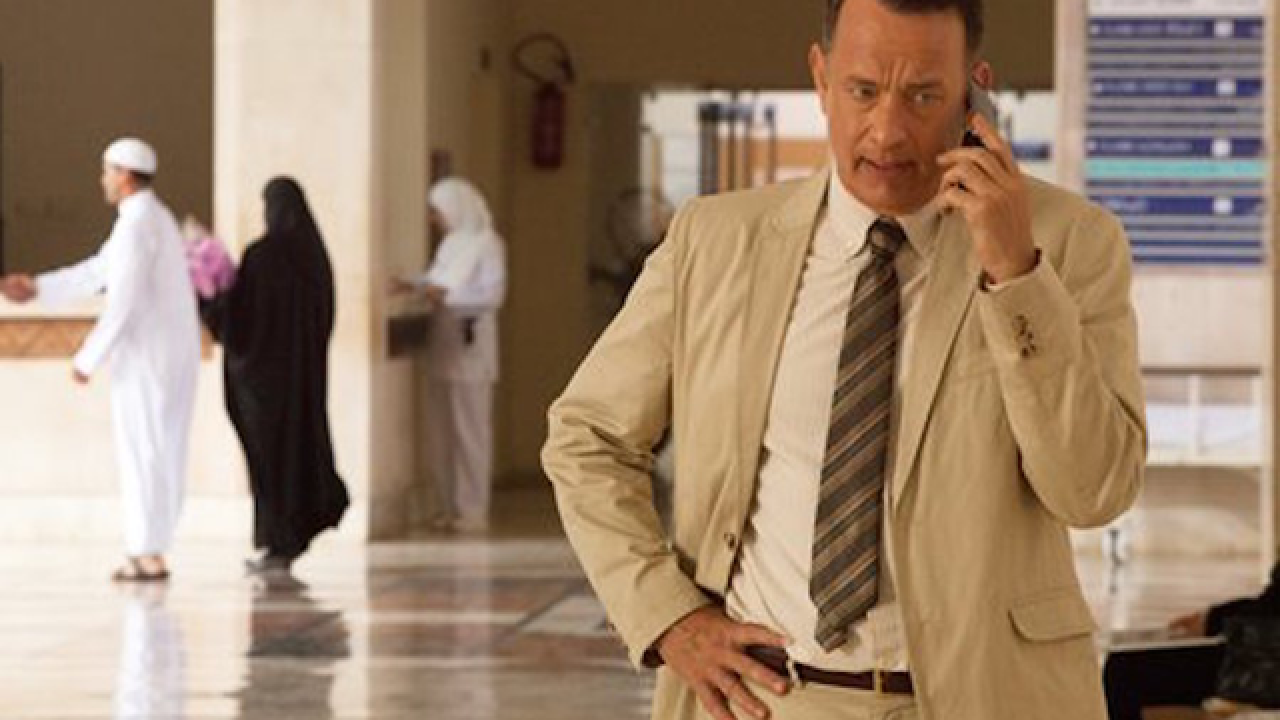 NEW YORK (AP) — Tom Hanks, great American, has been to some far-flung places in the service of Hollywood and country.

There's no working actor who more embodies America, or at least its most idealized, virtuous image of itself. It's one reason why Hanks has five times topped the annual Harris Poll, including this year, as the nation's most popular actor.

More than that, Hanks ranked as America's most trusted person in a 2013 Reader's Digest poll.

Hanks has long played iconic Americans, both fictional (Forrest Gump) and real (Walt Disney in "Saving Mrs. Banks," Sully Sullenberger in the upcoming "Sully"). But many of his most indelible characters have been Americans abroad, including in his latest film, "A Hologram for the King."

The film, which premieres this week at the Tribeca Film Festival and opens in theaters Friday, is Tom Tykwer's adaptation of Dave Eggers' novel in which Hanks plays a struggling middle-aged American businessman who travels to the Saudi Arabian desert to pitch the king on an IT system for a new complex being built.

For Hanks, it's another stamp in a movie passport that includes Cold War-era Russia ("Bridge of Spies"), the dangerous waters off the coast of Somalia ("Captain Phillips") and a tiny South Pacific island ("Cast Away").

It's fitting that Hanks' all-American should be such an international one; his stardom coincides with decades of American imperialism in warfare and commercial expansion. With basic decency and good-humored candor, he has refracted American triumph ("Apollo 13") and tragedy (perishing in the Twin Towers in "Extremely Loud and Incredibly Close").

He's our funnier, less sure John Wayne for a more complicated time, a cowboy only as Sheriff Woody in "Toy Story." Who better to send on the country's behalf? Everybody loves Tom Hanks, movie-land ambassador to 20th Century America.

Here's a look at his many sojourns abroad:

BRIDGE OF SPIES: In Steven Spielberg's 2015 thriller, Hanks played the lawyer James B. Donovan for Soviet spy Rudolf Abel (Mark Rylance). His idea of patriotism — including that all men, even national enemies, deserve their day in court — is at odds with the time and perhaps with today as well. When Donovan travels to Moscow, one feels Hanks could have, by himself, warmed away the Cold War.

CAPTAIN PHILLIPS: Paul Greengrass' docudrama of a Maersk cargo ship taken by Somali pirates may have taken some liberty with the details of the 2009 kidnapping and Navy Seal rescue. But few films have better captured America — this time a hardy New Englander — face-to-face with terrorism.

CHARLIE WILSON'S WAR: Hard-drinking Texas Congressman Charlie Wilson was a more unlikely participant in a far-away battle in Mike Nichols' 2007 comic drama. The brash, can-do Wilson leads a program to support the Afghan mujahideen in the Soviet-Afghan War, only to watch the U.S. fatefully withdraw once the Russians exited.

THE DA VINCI CODE: This and Ron Howard's sequel, "Angels and Demons," took Hanks to Paris' Louvre and the Vatican, seeking divine secrets in Old Europe in Dan Brown's best-sellers.

THE TERMINAL: Hanks didn't play an American in Spielberg's less-loved 2004 film but an Eastern European tourist forced to take up residency at New York's John F. Kennedy International Airport. It's a rare look at a country-less Hanks. But with all his traveling, it was inevitable he would at some point be waylaid.

CAST AWAY: The consummate Hanks abroad movie about just trying to make it home. What more does a humble FedEx employee need on a desert island than a friendly volley ball and an unbreakable spirit?

SAVING PRIVATE RYAN: Hanks' first collaboration with Spielberg and his most heroic. On the timeline of Hanks' decorated Americans, none matches Captain John Miller — a small-town Pennsylvania schoolteacher who taught English composition before WWII — for courage. "Earn this," he tells Matt Damon's rescued soldier.

APOLLO 13: It's only fitting that the well-traveled Hanks would also make it to the final frontier and utter Jim Lovell's famous words: "Houston, we have a problem."