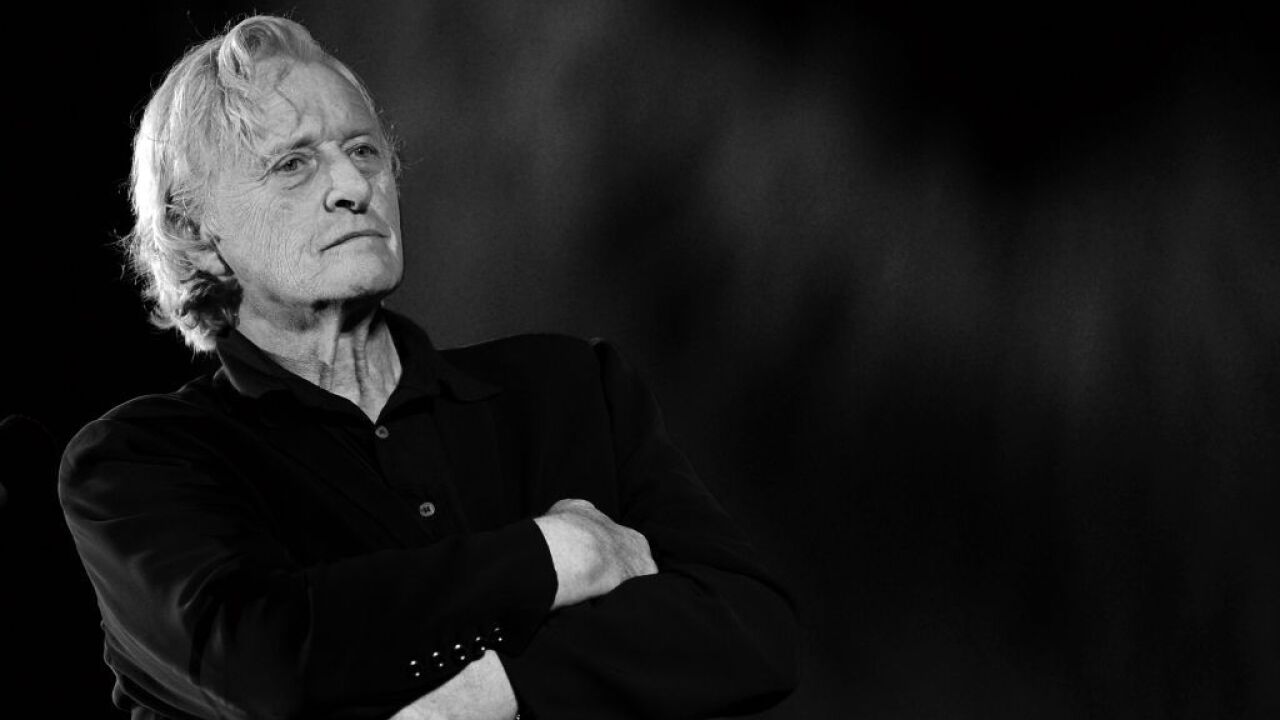 An AIDS charity with which the actor was involved, the Rutger Hauer Starfish Foundation, said he died peacefully at his Dutch home. The charity said his wife, Ineke, will carry on its work.

Hauer was largely introduced to American audiences by "Blade Runner," which cast him as a murderous synthetic human, or replicant, named Roy Batty.

Hauer's closing monologue, in which the character discusses all the things he has seen, is especially memorable. Of working with director Ridley Scott, the actor later said, " I understood, on a very strong level, what he wanted, and by instinct I gave it to him."

The tall, blue-eyed actor frequently appeared in period pieces, subsequently playing an accursed knight opposite Michelle Pfeiffer in the movie "Ladyhawke," and a villainous rogue in the medieval drama "Flesh + Blood."

The following year, Hauer portrayed a sadistic hitchhiker in "The Hitcher," a popular horror film. He worked steadily through the '80s, '90s and thereafter, including parts in "Buffy the Vampire Slayer," "Sin City" and "Batman Begins," in which he played the corrupt executive running Bruce Wayne's family business.

In his later years the actor moved seamlessly between movies and television, including a role in the HBO vampire drama "True Blood."

Hauer launched his career working with director Paul Verhoeven in the 1970s, who cast him in the movies "Turkish Delight and "Soldier of Orange." (Verhoeven later considered him for the lead in the movie "RoboCop," which ultimately went to Peter Weller.)

Hauer also turned down a role in the memorable German movie "Das Boot," about a submarine during World War II, saying in a 2018 interview in regard to the scheduling, "If I'd done 'Das Boot' I would never have been in 'Blade Runner.'"