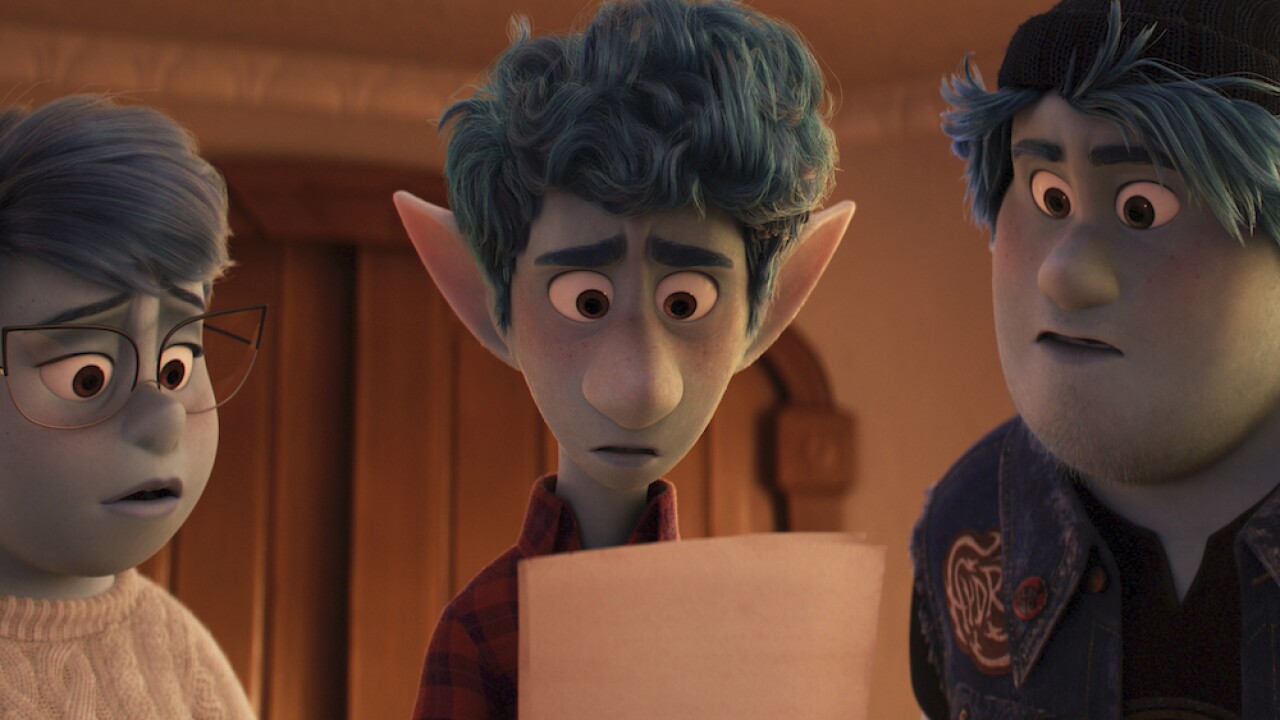 SPELLBOUND – In Disney and Pixar’s “Onward,” Mom Laurel shares a gift with sons Ian and Barley from their late father that gives them an opportunity to spend one magical day with him. Featuring the voices of Julia Louis-Dreyfus, Tom Holland and Chris Pratt, “Onward” opens in U.S. theaters on March 6, 2020. © 2020 Disney/Pixar. All Rights Reserved.

"Onward," the new animated Disney/Pixar film that was released last week, will reportedly not be shown in four Middle East countries because of a character's sexuality.

According to Deadline, Kuwait, Oman, Qatar and Saud Arabia, "Onward" does not appear on movie theater schedules because of a single line that identifies one of the main characters as gay.

The movie follows two teenaged elves, voiced by Chris Pratt and Tom Holland. At one point in the film, the elves, disguised as their mother's police officer boyfriend, speak with two other female police officers undercover.

During that conversation, one of the female officers, voiced by Lena Waithe, mentions her girlfriend's daughter.

Deadline reports that other Middle East countries like Bahrain, Lebanon and Egypt are showing the film. The outlet also reports that the Russian version of the film changed the word "girlfriend" to "partner" and avoids mentioning the officer's gender.

According to BBC, the police officer is the first gay character in the Disney Pixar universe — and the decision was made by Waithe. According to Variety, she decided to use the word "girlfriend" during a recording session with the blessing of those working on the film.

It's not the first time that Disney has faced pressure to censor films featuring gay characters. Disney refused to censor a "gay moment" featuring in the 2017 live-action remake of "Beauty and the Beast" — despite pushback from some foreign and domestic theaters. Josh Gad, who played LeFou, told news outlets he portrayed the character as gay.

Variety reports that "Onward" led the box office over the weekend with a $40 million haul.