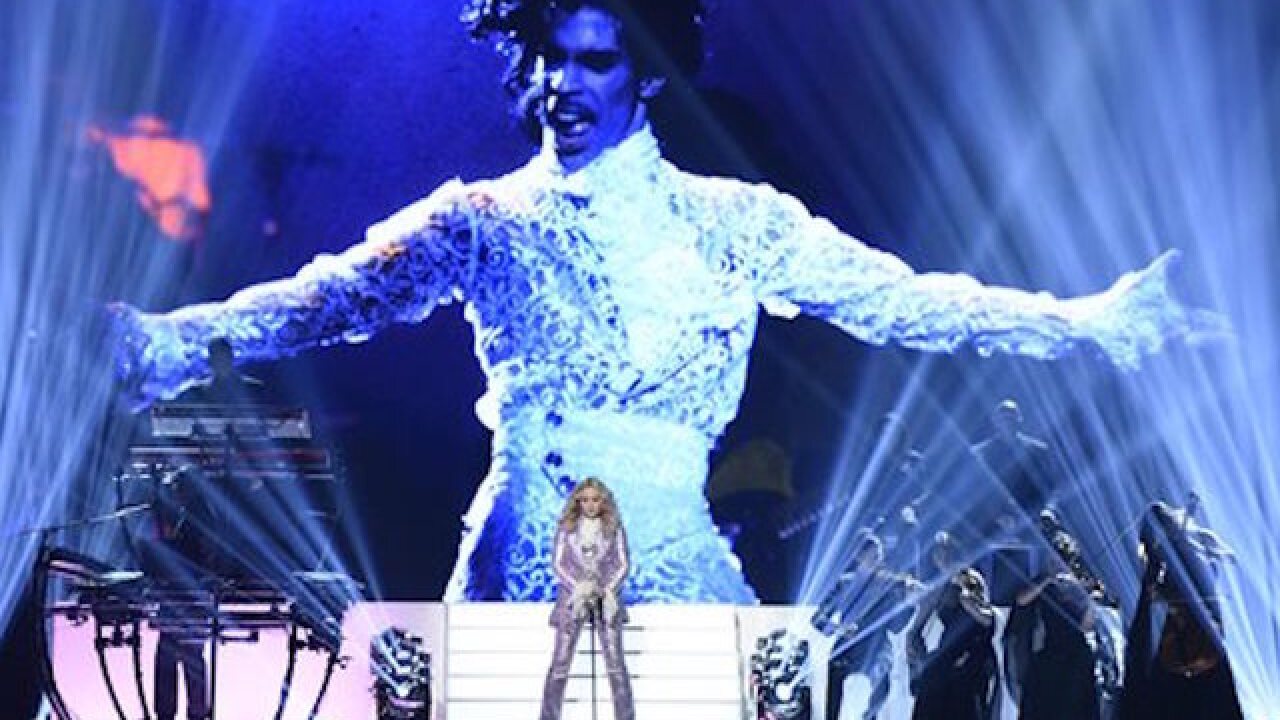 Copyright Associated Press
Chris Pizzello
<p>Madonna performs a tribute to Prince, pictured onscreen, at the Billboard Music Awards at the T-Mobile Arena on Sunday, May 22, 2016, in Las Vegas. (Photo by Chris Pizzello/Invision/AP)</p>

This year's Billboard Music Awards promised to be heavy on emotion during its biggest performances by iconic artists such as Celine Dion and Madonna. And they certainly delivered on Sunday night at the T-Mobile Arena in Las Vegas with a political statement about transgender rights, a tender Prince tribute and Dion's return after personal losses. These are the most memorable moments of the night.

Celine Dion's first television appearance since her husband, René Angélil, and her brother, Daniel Dion, died in January was among the most anticipated moments of the night.

The international star turned her tragedy into a triumphant display of strength and resiliency as she performed Queen's "The Show Must Go On." Backed by an orchestra and talented violinist Lindsey Stirling, Dion raised her hands to the sky and even did a little hip shake to make for the uplifting moment of the night.

After accepting the Billboard Icon Award, Dion was surprised by her son and apologized for crying, which no one would fault her for. She thanked her legions of fans for being with her through good times and bad and dedicated the award to her late husband, who she said will "continue to watch over me from up above."

Billboard took some criticism when Madonna was chosen to pay tribute to the late great Prince, but together with Stevie Wonder, her heartfelt performance to the musical icon who died April 21 at age 57 was touching.

After being introduced by Roots drummer Questlove who skillfully articulated the impact of the musical genius, the tribute started with a recording of Prince's "Let's Go Crazy," as all the lights in the venue turned purple.

Madonna appeared seated on a purple velvet throne in a lacy glittery suit with a cane and sang a tender version of "Nothing Compares 2 U," as images of Prince played on a screen behind her.

Stevie Wonder joined her on a rousing "Purple Rain" duet. It became a crowd singalong with artists like Rihanna singing and dancing as the arena lit up with thousands of purple wristbands.

But BET responded on Twitter with a video promoting their own upcoming Prince tribute at the BET Awards next Sunday. The response said, "Yeah, we saw that. Don't worry. We Got You."

For all the questions over Kesha's appearance, she delivered a standout performance of Bob Dylan's "It Ain't Me, Babe" with pianist Ben Folds that was beautiful in its simplicity.

She didn't need to address an ongoing legal dispute with producer Dr. Luke, whose record label pulled the plug on the performance then reversed itself amid fears she would reference her allegations of sexual abuse against him.

She reminded everyone that she was still a very talented vocalist and paid a tribute the legendary songwriter, who turns 75 this year.

Earlier this year, Demi Lovato and Nick Jonas joined a growing list of musicians boycotting North Carolina over a law that blocks local anti-discrimination protections and determines which bathrooms transgender people can use.

During her performance of "Cool For the Summer," Lovato wore a shirt featuring an inclusive bathroom symbol in one of the only overtly political statements of the awards show.

LGBT rights organization GLAAD said in a release following the performance that copies of the shirt will be sold on Lovato and Jonas' national tour with proceeds going to LGBT organizations in North Carolina.

Britney Spears' opening medley of her nearly two decades of hits started off stiff, but by the end of the performance, she finally warmed up.

The singer, who received the Billboard Millennium Award, came out of the smoke joined by more than a dozen dancers and quickly disrobed into a red bikini.

But her robotic dancing and lip-syncing made the performance feel like an unemotional overview of her Las Vegas show.

However, after straddling a giant guitar for a cover of "I Love Rock n' Roll" she finally loosened up. She danced and gyrated across multiple stages to the soundtrack of her greatest hits, such as "Slave for U," and "Toxic."