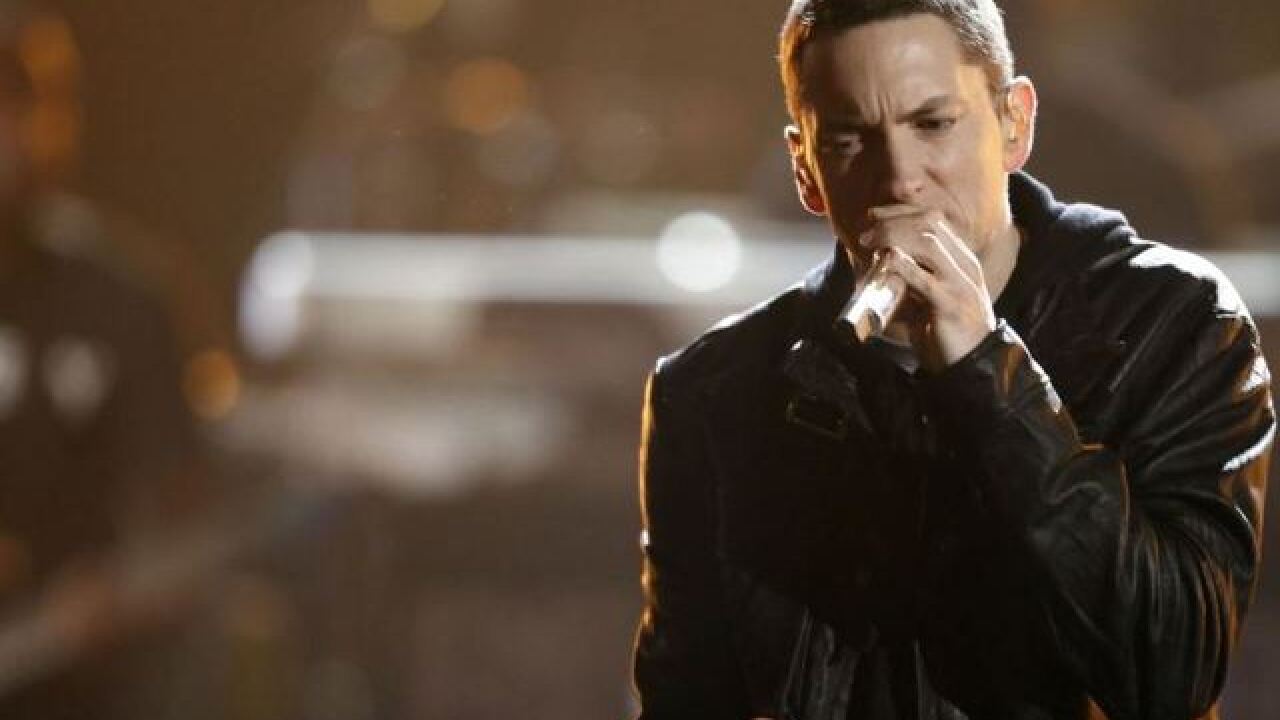 Copyright 2018 Scripps Media, Inc. All rights reserved. This material may not be published, broadcast, rewritten, or redistributed.
ASSOCIATED PRESS

The release, which was unannounced, arrived 8 months after "Revival," which was met with mixed reviews. According to an article in the USA Today, people on Twitter are pointing out the similarities between the cover art and that of an album titled "Licensed to Kill," released in 1986.

That is not what KTNV noticed though. Instead, it was the mentions of mass murderer Stephen Paddock and Mandalay Bay in the song titled "Greatest."

Here are the specific lyrics from the first verse:

Manic states, Stephen Paddock with automatic stay sprayin'
At anything that may stand in they way
As I stand at the bay window with a hand grenade
And a tre eight, at the Mandalay Bay
Common sense, I'm a dollar short and a day late

Paddock killed himself before Las Vegas police officers could reach him inside Mandalay Bay. The motive behind the shooting is still a mystery.

The next lyric of the song refers to another mass murderer.

Holmes was convicted of killing 12 people and injuring 70 others at a Century 16 movie theater in Aurora, Colorado, in 2012.

LISTEN TO SNIPPET OF SONG BELOW

A friend posted this & I completely agree stuff like this is part of what’s wrong in our world today! This is just as bad if not worse than #NOFX! #Eminem you are despicable & disgusting. #BanEminem #1October #Route91Family #Route91 #CountryStrong #FTG #WeWin #VegasStrong pic.twitter.com/OvmS5RUn08

Earlier this summer, fans were sent into a panic at Bonnaroo in Tennessee after hearing what they believed to be gunshots. The rapper was criticized at that time for not being sensitive after what happened during a music festival in Las Vegas.

Fat Mike and the band NOFX were banned in the United States after they made a joke about 1 October victims while performing in Las Vegas during the Punk Rock Bowling Festival.

A CBS legal executive was also fired shortly after the shooting for a tweet that he sent just hours after the incident. The tweet read in part: "I'm actually not sympathetic bc country fans are often republican gun toters."

Of course, Eminem is not the first artist or band to mention mass shootings or mass killers in song.

The song "Sniper" by Sros Lords is about a school shooting with lyrics written from perspective of the perpetrator.

Pearl Jam's song "Jeremy" is about a bullied boy who committed a school shooting.

"Suffer Little Children" by The Smiths is about the Moors murders in Machester, England, in the 1960s.

Two songs from Alice Cooper's album "Brutal Planet" were reportedly based on the tragic event at Columbine High School. Marilyn Manson's song "Disposable Teens" is also about the Columbine killers.

Charles Whitman, the man who went on a killing spree at the University of Texas in 1966, was the inspiration for Insane Clown Posse's "The Tower."

The album was executive produced by Dr. Dre. Mike Will Made-It is also credited on several tracks, along with Illadaproducer.