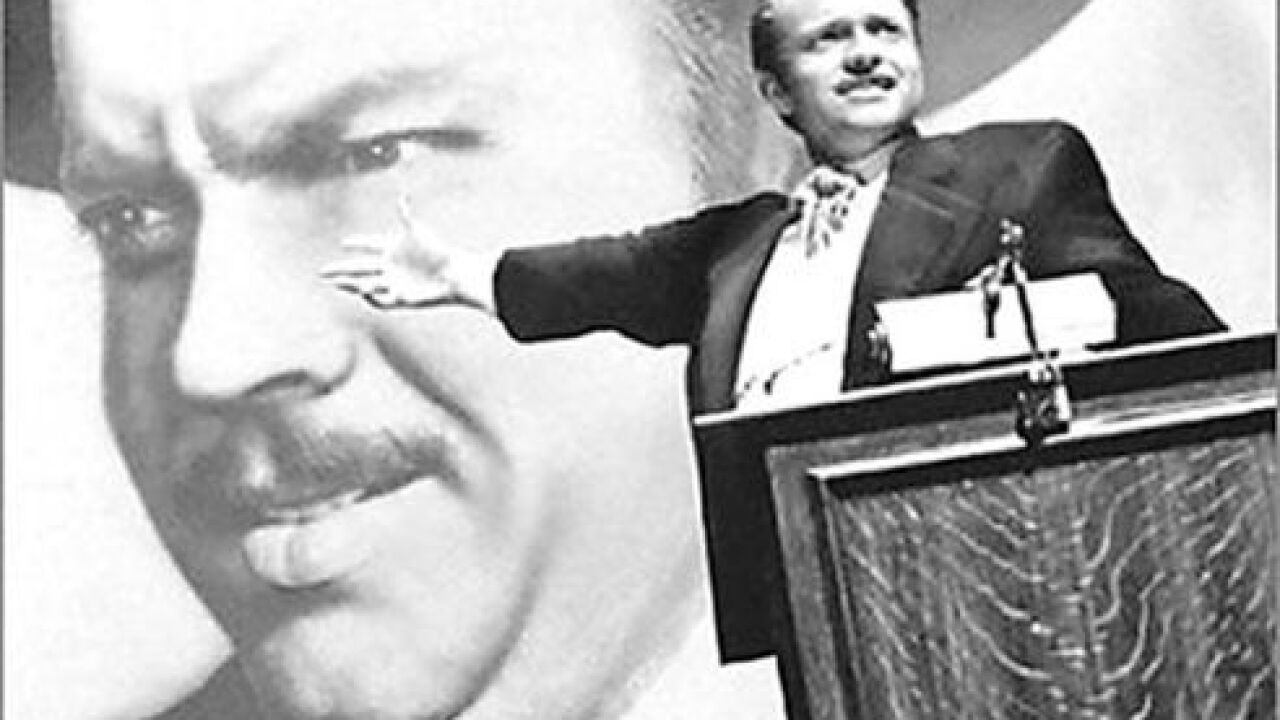 Orson Welles' personal manuscripts for "Citizen Kane" are going on the auction block, including the film's final revised shooting script.

The three screenplays are being offered by Profiles in History on Sept. 30. They illustrate the evolution in the creation of the classic masterpiece.

The sale also includes an original 1940 first rough draft of "American" - the working title for "Citizen Kane." It's the earliest known existing draft of the movie in private hands.

The Calabasas, California-based auctioneer says the seller was a close friend of Welles and acquired the material directly from him. Welles died in 1985.