Are these the 10 best TV shows of all time? 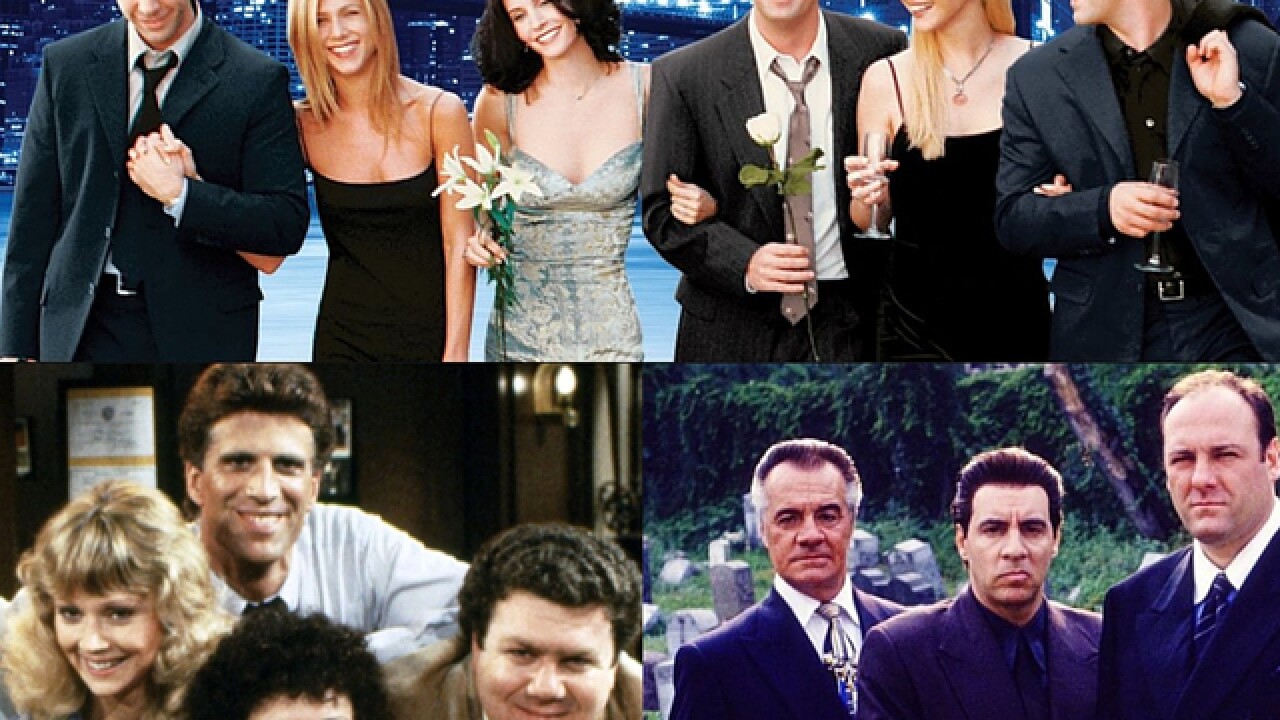 To many of us, television is a daily part of our lives.

According to the U.S. Bureau of Labor Statistics, the average American watches 2.8 hours of television per day. There's no denying it, we love to escape to distant worlds, laugh at bizarre cartoons, and hold our breath while our favorite protagonists escape zombies — or just ex-girlfriends with unusually large hands.

Since we choose to spend the majority of our leisure time this way, PrettyFamous, part of the Graphiq network, wanted to find the best television shows out there. We looked at TV shows with over 30,000 votes on IMDb, and then ranked them by our comprehensive Smart Rating. The Smart Rating is a score that takes into account ratings from Metacritic, IMDb, Rotten Tomatoes and number of IMDb votes, as well as how many Emmy awards the show has won.

Many of these shows are still going strong, and have been renewed for multiple seasons. Some animated series made the list — one even ranks in the top five. But it's the intense dramas that rule the television throne.

Kelsey Grammar plays Dr. Frasier Crane (the same character he played on "Cheers"), a successful psychiatrist who moves from Boston to Seattle and decides to share his wisdom on a radio show. In its 11 seasons, "Frasier" won a record 37 Emmys.

Throughout the '90s, six friends living in Manhattan were there for each other, even when "your job's a joke, you're broke, your love life's D.O.A." Unlike "The Big Bang Theory," the cast always agreed upon the same salary for everyone. They each began making $22,500 per episode and ended up making $1 million per episode by season 10.

A plane crashes on a seemingly deserted island, and the survivors struggle to survive. What appears to be a simple plot becomes increasingly complicated throughout six seasons. Creator J.J. Abrams went on to make sci-fi favorites "Star Trek" and most recently "Star Wars: The Force Awakens."

"Cheers" was about a bar in Boston "where everybody knows your name." The show was a precursor to other comedies about a group of thirtysomethings like "Seinfeld" and "Friends."

Since 1989, Homer and his family have given us valuable words of wisdom. "Let that be a lesson to you sweetie. Never love anything," or "no matter how good you are, there's always a million people better" is Homer's way of thinking. Fox has renewed the show through 2017, making it "the longest running prime-time comedy series as well as the longest-running prime-time animated series in U.S. TV history."

"Modern Family" is about three unusual families living in Los Angeles and how their unconventional relationships play out. In 2012, the show won the Golden Globe for best television series (comedy or musical) as well as the Primetime Emmy for outstanding comedy series (and also won the award in 2013 and 2014).

James Gandolfini is Tony Soprano, a New Jersey mob boss who believes "we're soldiers. Soldiers don't go to hell. It's war. Soldiers kill other soldiers. We're in a situation where everyone involved knows the stakes and if you are going to accept those stakes, you've got to do certain things. It's business." According to IMDb, HBO was concerned that the title might make people believe the show was about musicians, thus why the gun is in the logo.

"When you play the game of thrones, you win or you die." Now in its sixth season, "Game of Thrones" shows more dying than winning thus far, and audiences cannot get enough. The successful show is based on the book series "A Song of Ice and Fire" by George R. R. Martin and recently, PrettyFamous ranked each episode of the first five seasons.

Bryan Cranston came a long way from his days as Hal on "Malcolm in the Middle" to Walter White, the chemistry teacher with a unique side job that takes over his life. The show spawned a well-received prequel, "Better Call Saul," and turned Aaron Paul and Bryan Cranston into A-list celebrities.