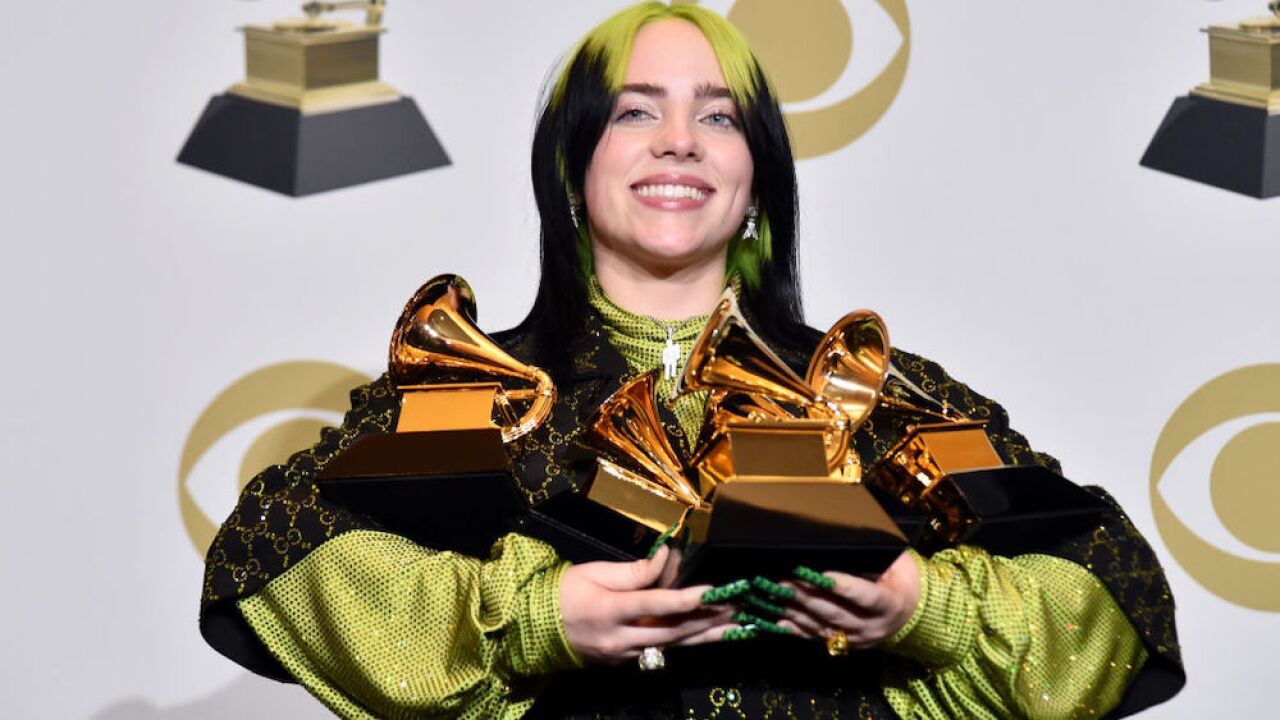 Newcomer Billie Eilish didn't just have a good night at the Grammys on Sunday — she had a historic night.

Eilish swept four of the top awards at the 2020 Grammys, including album, song and record of the year, along with best new artist. She's the youngest artist ever to achieve the feat and the first to do so since Christopher Cross in 1981.

See the full list of winners from Sunday's ceremony below.

Record of the Year

Album of the year

"When We All Fall Asleep Where Do We Go," Billie Eilish

Song of the year

"Ride Me Back Home," Willie Nelson

"When We All Fall Asleep, Where Do We Go?," Billie Eilish

"Father of the Bride," Vampire Weekend