Trump's big show at the halfway mark: So far, so bad

'Disaster' is the word that comes to mind 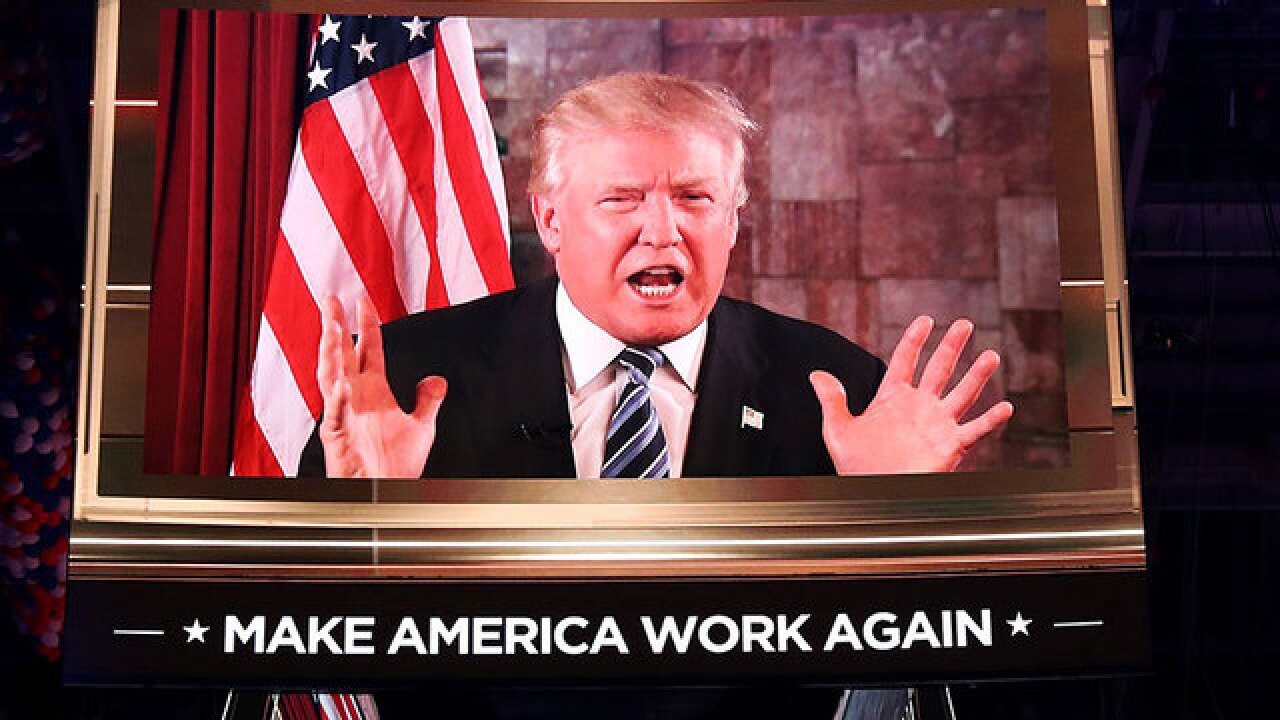 If Donald Trump’s “Make America Great Again” is going to be a winner for him and the party he commandeered, they better come up with some new reality television pronto.  If Trump were reviewing the first two days of the convention, his conclusion would be obvious, “It’s a disaster.”

And it’s hard to believe a bunch of Trumpists won’t be hearing another of his famous lines soon, “You’re fired!”

“This convention is a disaster of epic proportions,” said historian Heather C. Richardson, author of “To Make Men Free: A History of the Republican Party.” “He promised the best and has delivered not just chaos, but incredibly incompetent chaos.”

“I’ve seen some pretty poor first days,” said veteran Republican hand William B. Lacy, now director of Robert J. Dole Institute of Politics at the University of Kansas. “They are mostly throwaways and frankly I wonder why both parties hold to four-day conventions instead of three—I guess they can’t bear to give up the TV exposure.”

The Trump campaign must hope the first half of the convention is a throwaway.

Day One was filled with epic fails.  Trump and the RNC failed to suppress a delegate uprising of the floor that was chaotic and divisive if brief and unsuccessful.  The candidate himself upstaged the convention by going live on a news show on a cable network riven by a sexual harassment charge against its boss. Iowa Rep. Steve King stirred up a racist controversy when he defended “old white people” by asking, “Where did any other subgroup of people contribute more to civilization?”

The uber-gaffe of the night, of course, came courtesy of the scheduled star of the night, Melania Trump and her borrowings from Michelle Obama.  It was truly a Trump-sized blunder.

Day Two was a dud, not a disaster – a snooze, not a scandal.

The iconic ritual of American political conventions is the roll call of states.  Big name pols or celebs from each state deliver quick, cornball set pieces announcing their delegate votes.  There were few senators, governors or recognizable faces handling the shtick this year.  Unknown after unknown cracked wise to modest chuckles and applause.

The VIP section was half empty and there were few Trump level VIPs to be seen anyway.  The No Show convention was in full no show mode.

The convention floor was far from crowded when it was New York’s turn. Eric Trump delivered the delegates that put his father over the top. “New York, New York” blared through the sound system, drowning out applause and hoots that lasted a nebbish three minutes and four seconds by my stopwatch. No balloons, strobe lights, confetti or acrobats. It was definitely a case of premature ovation.

The remaining states called their rolls and the session went into recess. It felt like snooze mode. Trump might have said it was low energy, like Jeb Bush.

The Republicans reconvened to approve the nomination of Mike Pence as vice president.  Senate Majority Mitch McConnell came to the podium for the chore and was roundly booed by the delegates. It was a high-low point for sure, depending on what you think of McConnell.

The night that was supposedly devoted to “Make America Work Again” trudged off message and was another night of Hillary is a Rat Again.  Speaker after speaker served up boilerplate Hillary-bashing. Even this bored the delegates, who gave tepid applauses and scattered whistles to B-List speakers like ex-Attorney General Michael Mukasey and Arkansas Attorney General Leslie Rutledge.

Governor Chris Christie got the crowd to chant, “lock her up, lock her up” for a few minutes.  Playing the prosecutor he was (he sent Ivanka Trump’s father-in-law to jail, remember), he read off various charges against Clinton and prompted the delegates to yell, “Guilty.” It was one of the few skits that played well to the crowd, but in a low rent way.  The relentless attacks on Hillary Clinton did little to make Donald Trump seem more presidential or serious as a candidate.

Speaker Paul Ryan, the man in biggest political vice here in Cleveland, tried to give the night a tiny bit of optimism and substance. “Let’s win this thing. Let’s show Americans our best and nothing less,” he chanted at the close of his speech, to respectable applause, if not pandemonium.

Trump’s daughter, Tiffany, delivered a short, polished but unemotional paean to her papa. The applause was polite but brief.  Donald Trump Jr. followed and said very nice things about Donald Trump Sr. He also criticized “self-satisfied Americans at the top.” The “new aristocracy” he called them – seriously, truly, incredibly. What a heartwarming riches to riches story!

The bottom line: If TrumpCon were a real TV show, it would have been cancelled after the second episode.  It was second-rate show biz that did nothing to address Trump’s enormous political handicaps.  At best, the primetime program rehearsed 30 years of knocks on Hillary Clinton.

The poor orchestration of the performance aspect of the convention so far may be trivial compared to the deep splits in the party and Trump’s low poll numbers.  But it is still significant for a candidate peddling competence, success and polish.

“What it shows is a man who has made his career by insisting he is competent, smart, the best, can't put together this event,” Heather Richardson said. “The Emperor not only has no clothes, he is demonstrating that fact on national television.”

“And, in this case, Trump's brand of domineering command reflects on the entire Movement Conservative brand,” she said. “He promised the best and has delivered not just chaos, but incredibly incompetent chaos.”

William Lacy doesn’t buy that because he thinks the only part of the convention that matters much in November doesn’t come until the last night.

“I’m a firm believer in the notion that the litmus test for this convention largely boils down to the Trump speech Thursday,” he said. “If he’s thoughtful, presidential and restrained he has a shot at solidifying the party and making a serious fall run. If it’s more of the same we could be in for a fascinating but unfulfilling election for the GOP.”