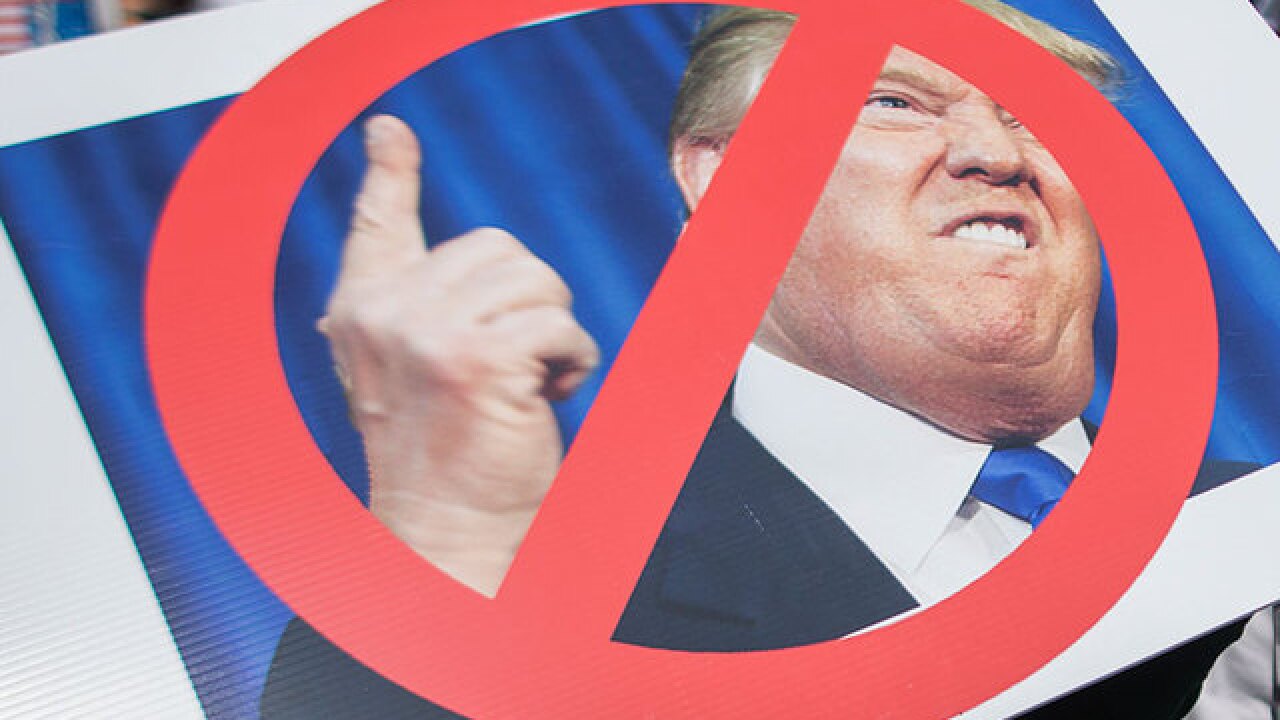 When Ted Cruz dropped out Tuesday night, you probably thought that’s it. A long, nasty GOP primary season is over – finally. Like it or not, Donald Trump is going to be the nominee. But some #NeverTrump Republicans and conservatives might not be ready to give up the fight.

For weeks, Republican insiders dead set against The Donald have been considering the last of the last long-shot tactics – emphasis on long shot — to keep Trump out of office: a third party run.

“I definitely think there’s a lot going on to try to recruit a third party candidate. In the last 18 hours I’ve received 600 emails concerning it,” said Rick Wilson, a Republican political strategist based in Florida. “It’s a strange, uncharted area right now for Republicans and a grim area for conservatives, who are losing (it), and rightly so.”

Wilson, like many conservatives opposed to Trump, has supported the #NeverTrump movement since the candidate started gaining momentum at the start of the primary season. He backed Marco Rubio until Rubio dropped out after Florida and had been backing Cruz until Tuesday night. After hearing of his suspension, Wilson tweeted: “On the upside, I don’t have to defend Ted (expletive) Cruz any longer.”

Deciding between the lesser of evils has been an ugly reality for Republicans and conservatives holding out hope for a contested GOP convention in July—a hope that was squashed with Cruz’s exit. And then buried when John Kasich dropped out Wednesday.

But the hardcore #NeverTrump, #DumpTrump and #StopTrump folks aren’t giving up, if you listen to Wilson.

“There’re two ways you can go with it,” Wilson said. “You can have a current Republican guy and try to get them as the nominee for the Libertarian party or the Reform party, which is a perfectly viable or legitimate way to figure this thing out. Or they can run as pure independent, which is tricky because there are filing deadlines coming up quickly.”

But who would this potential nominee be? There have been many names tossed around, including those who some Republicans had hoped would challenge Trump at a contested convention.

They include Nebraska Sen. Ben Sasse, who wrote an open letter to voters back in February about why he would not vote at all if Trump were the nominee—he reaffirmed his statement on Twitter Tuesday.

There have also been well-documented pushes to get notable Republican figures Condoleezza Rice and Retired General James Mattis to run as independents.

Before Mattis went on record telling reporters to count him out for a run, The Daily Beast reported that a group of almost a dozen anonymous billionaires was courting him to run independently if Trump were to be nominated.

“Everyone is hoping that Ted Cruz pulls it out, but I think a great deal of Republicans would rally behind an American hero if the choice is between Mattis and Trump,” John Noonan, a former Jeb Bush aide now involved in the project to draft Mattis, told The Daily Beast back in April.

But Republicans backing a third party run aren’t necessarily doing it in the hopes that their candidate would win—though of course that would be nice—it’s for their version of a higher purpose.

A third party candidate would give Republican voters who feel disenfranchised a reason to come to the polls and vote for GOP Senate and House candidates. Or if the candidate is really successful, some like Wilson believe it could tie up the general election, keeping both Clinton and Trump shy of the 270 electoral votes needed to win the election, which would throw the decision to the House.

“None of these options are pretty or pleasant. The American political system is going to become hideous for the next six months,” he said.

Historically, third party runs have not been successful, and many Republicans are wary of a try this time around—fearing that it will only tarnish the Republican Party further. A March CNN poll found that only 39 percent of Republicans supported a third party run if the general election came down to Donald Trump versus Hillary Clinton.

One Kasich supporter at a rally in Utica, N.Y., last month, went as far as saying he would view the candidate as a “marked man” if he ran independently.

“He’d better be careful,” said Matthew Sullivan, a retired policeman from Utica, “It’s going to pull votes away from the Republican candidate and ensure a Democratic victory. Then it would be all about him and not actually moving the country in a direction that he said it would go in.”

“Good luck with that one,” said Ford O’Connell, former adviser for John McCain’s 2008 run. “In a presidential election, 63 percent of America turns out to vote. Split- ticket voting is at an all time low. If you’re a down-ballot candidate, you’re going to run within five points at the guy at the top of the ticket.”

“Trump’s going to start out as 60/40 underdog to Hillary. But he can win this election. He can put aside many of his problems if he can show himself to be competitive with Hillary Clinton,” O’Connell said. “I think they are selling Trump short.”

The alternative, he says, is bleak: “You have to find a face that people can rally around, you have to raise the money, get them on the ballot, and then find someone who knows they are running an airplane into a volcano and say they can win.”