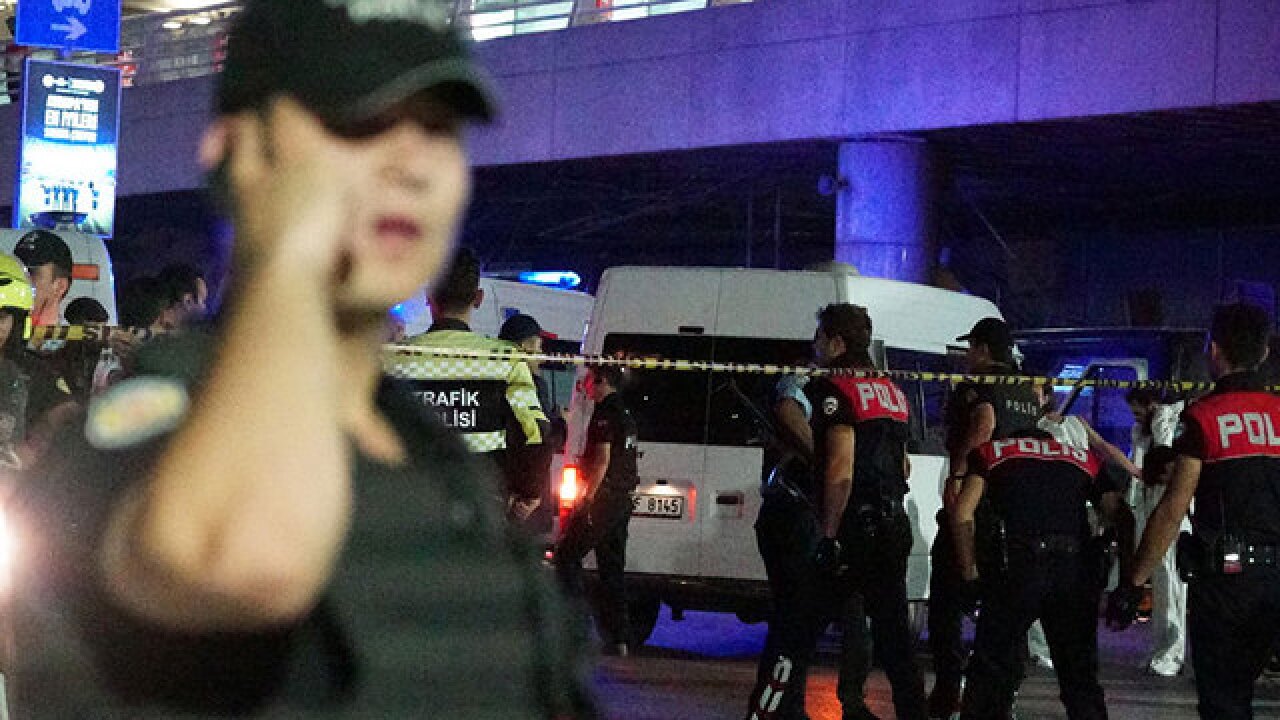 Terrorism is generally defined as the use of violence against random innocents intended to generate fear and emotions that further the terrorists’ political goals. In America, where the actual risk of terrorism is low, our fear and emotions also are shaped – and distorted – by how the news media cover terrorism and how politicians talk about it.

At the moment, our attention as measured by cable TV airtime and political rhetoric, is focused on two incidents – the mass murder in Orlando and bombings at Istanbul’s airports.

But was the mass murder at the Pulse nightclub really an act of terrorism? By the usual definitions, it was not. It was not part of an organized movement or plot and had no stated political goal. The murderer may have been motivated by crazy impulses about homosexuality or just plain crazy. The only thing we know for sure is that what happened in Orlando was an atrocity. But because Omar Matten uttered particular phrases, politicians declared him a terrorist and the media followed suit. Our judgments about what we call terrorism are subjective, usually political and usually irrational.

The attack at the Istanbul airport was a classic act of terror on the other hand. The American media has covered it wall-to-wall, perhaps appropriately. But there is also a randomness and subjectivity about which acts of genuine terrorism get attention from our media and politicians.

An excellent investigation by The Los Angeles Times shows just how random that process is. Acts of terrorism are extremely rare in the United States. In other parts of the world, they are depressingly common. They are so common that Americans never hear about most of them.

The Times piece set out to take a comprehensive toll of the number of deaths and injuries worldwide in a single month, April 2016. The article begins with an account of a Pakistani family on their way to work in the fields when they are blown up by a land mine. A group called Baluchistan Liberation Army claimed responsibility.

But that wasn’t the end of the day’s terrorist death toll.

It was April 12, 2016. That day, 590 miles to the northeast, the deputy police superintendent in the city of Mingora was shot to death as he stopped to buy fruit, an attack for which the Pakistani Taliban claimed responsibility.

Nearly 1,900 miles away, in Sidon, Lebanon, a car bomb killed a senior Palestinian official and four others. In the Kidal region of Mali, three French soldiers died when their car hit a mine planted by militants. In Yemen, a suicide bomber detonated an explosives belt in a crowd of young army recruits, killing four. Suspected Islamic State militants beheaded two sawmill workers in the Philippines. A soldier was killed and four others wounded when a bomb went off near Turkey’s border with Iran.

One day, six countries, 19 deaths. And it wasn’t the deadliest day in April. That was a week later, on April 19, when terrorist attacks in five countries killed 71 people and wounded 391 others.

The Times reporters documented 858 deaths and 1,385 injuries in 27 different countries in April 2016. Most of the casualties were Muslims killed by Muslims. “Five victims in April were known to be Westerners: a Canadian beheaded in the Philippines, the three French soldiers killed in Mali and a taxi driver slain in Northern Ireland,” according to the report.

To put these numbers in some perspective: Since 1970, apart from 9/11, 397 Americans have been killed by terrorism.

But what would that number be if every mass shooting and every hate crime attack were included? Thousands. What if we included the terrorism perpetrated by Mexican drug cartels or urban gangs?

Globally, the death toll from terrorism has risen dramatically, from 3,329 in 2000 up to 32,685 in 2014, according to the Global Terrorism Database compiled by the National Consortium for the Study of Terrorism and Responses to Terrorism at the University of Maryland. The number fell to 28,000 in 2015.

Americans hear about the unusual incidents – attacks with huge casualties or Western victims. That makes sense. No person can have the bandwidth or empathy to pay even fleeting attention to much more than that. But the way our attention is focused by media coverage and political debate has the effect of further exaggerating the real threat of terrorism to Americans.

In 2010, four Americans died from acts of terrorism. That same year 32,999 people died in car accidents, 38,369 from suicide and 2,791 from malnutrition. The government spent somewhere around $90 billion preventing terrorist fatalities.

Creating fear – irrational fear – is the goal of terrorists. It is a pity that so often our own politics and culture help do their work.