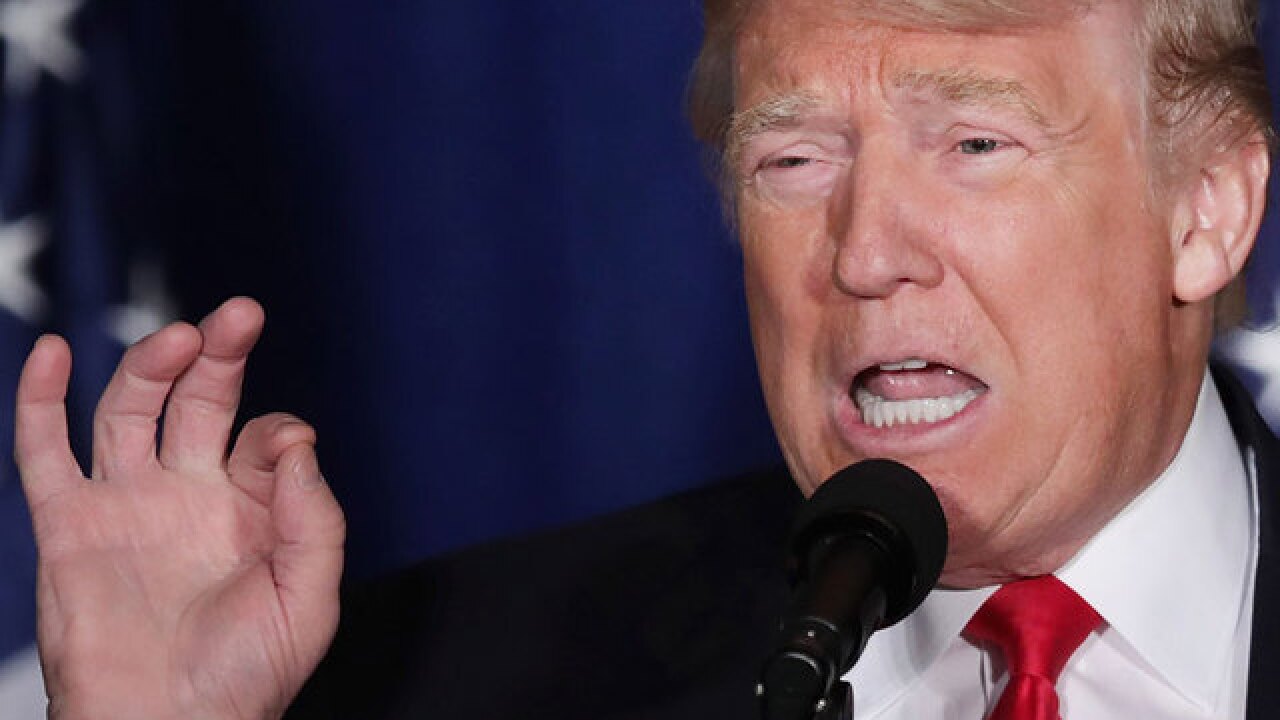 I followed every word of Donald Trump’s “major” foreign policy speech Wednesday. Then I diligently listened to the post-game analysis on the cable news networks. Didn’t work out so well for me.

Within five minutes I was yelling at the TV even though I really do understand that a TV is an inanimate machine that can’t actually listen to me.

Five minutes later I was fighting off another depressive typhoon, despairing the doom that awaits my profession, my country and my sense of order in the cosmos. I am frequently incapacitated by mass incredulity that Trump still exists, that he is taken seriously, that this whole surreal Trump thing is real and not a bad dream. I’ve read that many Germans in the 30s battled the same symptoms. Slim comfort that is.

If I weren’t blacklisted by all the cable networks, here’s what I would have said before I got the hook and limo:

Look, gang, we are sinning just by being here. If Hillary were the one giving a ‘major’ foreign policy speech, we wouldn’t have taken the whole thing live and you know it. Probably wouldn’t for Obama and definitely not for Kerry. But we’ll roll on Trump’s every move – major, minor or manic. We’re going to have to atone for that some day.

Now, there was nothing in the least ‘major’ about Trump’s speech. Trump called it ‘major’ because the word fits this stage of his marketing plan. We mindlessly acquiesced and called it ‘major’ to soothe what little guilt we had over hyping and promoting an infomercial. Yeah, yeah, I know, Trump used teleprompters and that’s ‘major’ for him. Get real.

We know what a real ‘major’ policy speech is. It has to have credibility, first of all. Trump has sacrificed that. This pseudo-speech was filled with so many known factual errors, deceptions, misrepresentations and outright lies that it is about as incredible as a public speech can possibly be.

Now, fact-check and truth-crunch every sentence if you want. That would be futile, futility, but a legit service. What isn’t legit is to take the speech seriously as policy, doctrine or platform. It has no credibility, expertise, realism, serious advocates but lots and lots of lies – all of them old lies. There was nothing in this major speech.

But you guys are trying to take the alleged substance of the speech seriously – that’s your job and your role and you have rules. Well, you’re screwed. The minute you put on your serious face and deliver erudite insights, Trump wins! He’s further legitimized, almost normalized. ‘Hey, they talk about me that same way they talked about Putin — very beautifully, very respectfully.’

Unless you break the old rules like Trump does, you’re his enablers and henchmen.

If Donald Trump were a pundit giving instant analysis, he’d say, ‘Forget about it. This speech was totally lightweight, a total gimmick, believe me. It was 85 percent lies and crackpot theories, maybe 90 percent, I gotta check. Doesn’t matter. If anyone takes this dumb speech seriously, Trump wins. Period. No matter what. Only losers will fall for this stuff, it’s a disaster.’

I totally agree, believe me.