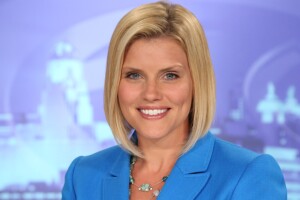 Autumn Lewandowski joined WKBW in June of 2012 as a Meteorologist. In 2004 Autumn graduated from SUNY Brockport with a B.S. in Meteorology and a math minor. She holds a membership to the American Meteorological Society (AMS) and is qualified to obtain her Certified Broadcast Meteorologist Seal (CBM) through the AMS.

She started her journey into the broadcast business when she interned at WKBW in 2003. She later moved to Macon Georgia where she began her career in television at the CBS affiliate 13WMAZ. After covering several tornado outbreaks and hurricanes, including Hurricane Katrina she decided the snow belts of WNY was where she wanted to be. Autumn is a familiar face to WNY, she spent five years as the weekend Meteorologist at the NBC affiliate WGRZ in Buffalo.

Autumn is grateful to have a career in her hometown and spends as much time as possible with her husband Dominick and family. She also loves the outdoors, you'll find her running biking or hiking around town!